10 Books to Read in December

Enjoy one of these new releases—from a raw and compassionate memoir, to the sixth book in the Brighton Mystery series—as the year comes to a close. 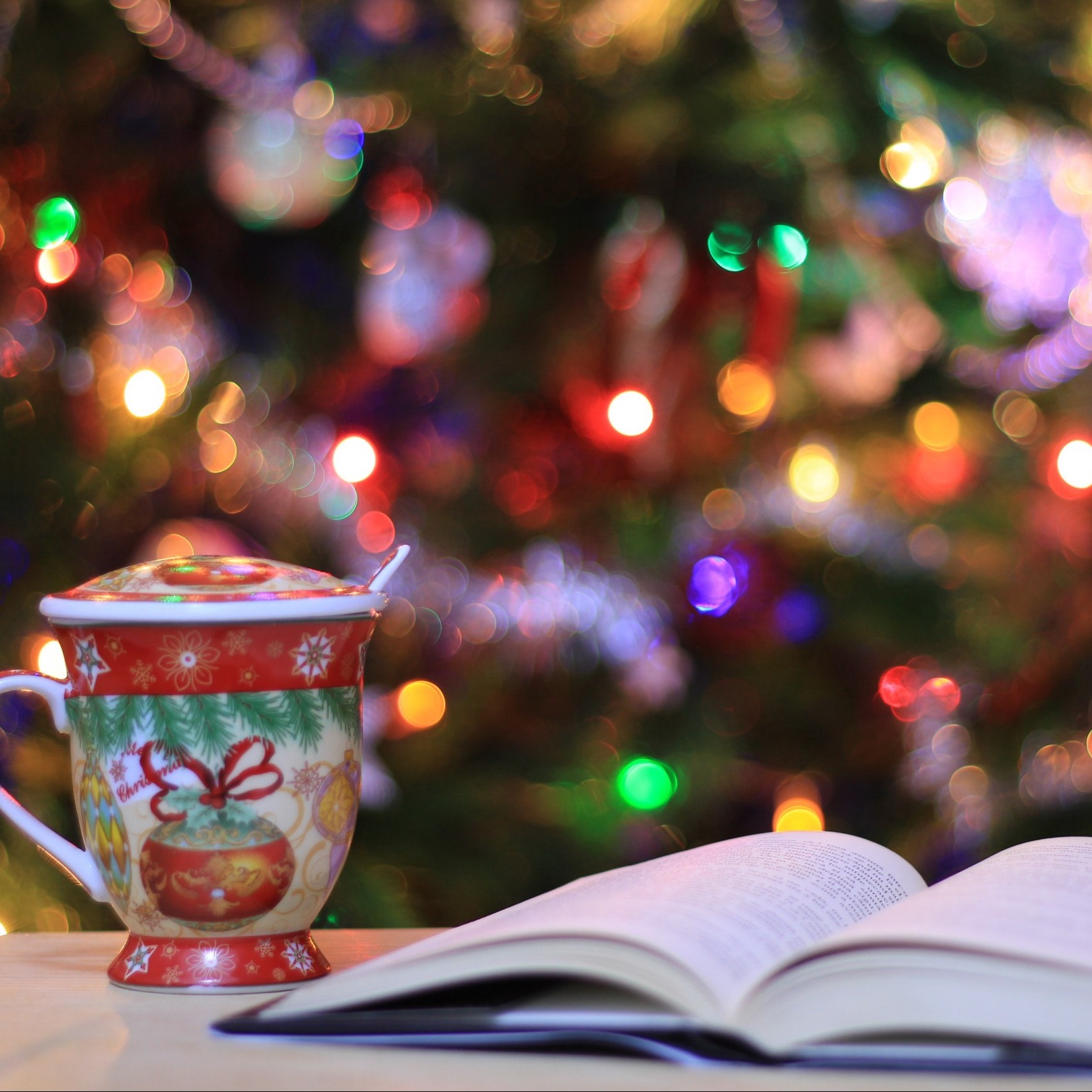 Whether you want to dive into lush historical fiction when the weather turns frightful or listen to a thrilling mystery while doing last-minute shopping, here are 10 books for you to read in December to help you end your year on a high note. 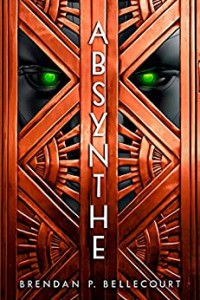 In an alternate 1920s, Liam Mulcahey struggles in the aftermath of the Great War. He remembers little of his experiences until he’s caught in a terrorist bombing targeting a Presidential speech. As his memories return, he realizes the serum he was given during the war, allowing him to telepathically communicate with his squad, is now being used on a grander and more nefarious scale. Full of magic and machines, Bellecourt’s created a twisting, gripping narrative that questions the nature of personhood and the perception of reality. // Available December 7. Library catalogue link here. 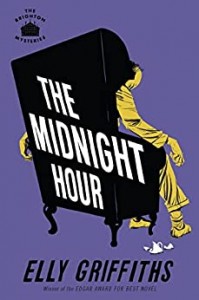 The Midnight Hour
By Elly Griffiths

When her husband is poisoned, retired music-hall star Verity Malone is suspected, so she hires private detectives Emma Holmes and Sam Collins to prove her innocence. Things are a bit complicated for Emma; her husband heads the Brighton police, who are also thoroughly investigating the crime. All involved are friends with Max Mephisto, who is in town to film a movie. Their tangled personal connections make the crime hit that much closer to home in this sixth installment of the Brighton Mystery series. // Available December 7. Library catalogue link here. 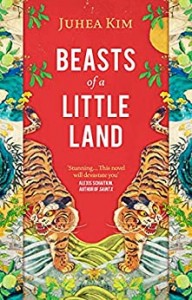 Beasts of a Little Land
By Juhea Kim

Kim’s sweeping epic weaves several lives together, from a street urchin turned revolutionary to a starving tiger hunter, from an ambitious rickshaw driver to a wealthy patron. At the center of it all is Jade, who was sold to a courtesan house as a child and grew up to be a famous movie star. Their lives come together against the backdrop of 20th-century Korean history, as all involved try to survive occupation, war, and political chaos. // Available December 7. Library catalogue link here. 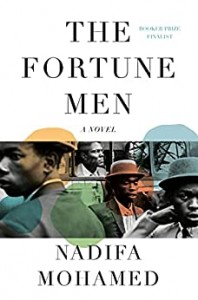 The Fortune Men
By Nadifa Mohamed

In 1952, a Somali sailor was arrested for the brutal murder of a Welsh shopkeeper. Knowing he is innocent, Mahmood Mattan has faith in the British legal system; however, he underestimates how much racism and corruption is in the system, and how powerless his is to fight it. A haunting and resonant tale, based on the true story of the last person sentenced to death in Britain. // Available December 14. Library catalogue link here. 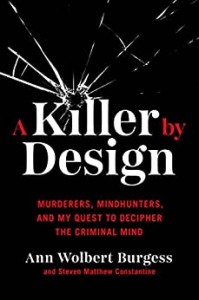 A Killer By Design: Murderers, Mindhunters, and my Quest to Decipher the Criminal Mind
By Ann Wolbert Burgess

A forensic and psychiatric nurse, Burgess spent her career working with victims of sexual assault and trauma. By focusing on the victims, she gained a greater understanding of the motivations behind the crimes, which led the FBI to recruit her into their Behavorial Science Unit. Her work greatly shaped the unit and its approach. An empathetic and haunting look at the development of criminal profiling and the cases Burgess worked on. // Available December 7. Library catalogue link here. 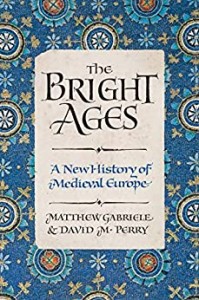 A lively and accessible history of Medieval Europe that showcases innovations and marvels to show the name “Dark Ages” is truly a misnomer. The authors explore such architectural marvels as Notre Dame in Paris and the Hagia Sophia in Istanbul (then Constantinople)  and the high levels of cultural exchange happening throughout Europe and beyond. They highlight a large number of women and people of color to add depth and nuance to this frequently misunderstood and co-opted time period. // Available December 7. Library catalogue link here. 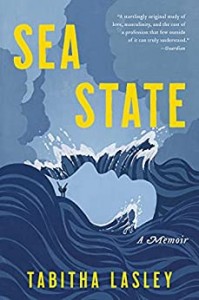 After a bad break-up and a home robbery that took both her laptop and the novel-in-progress that was saved on its hard drive, Lasley quits her London job and moves to Aberdeen, Scotland to interview off-shore oil riggers. There she explores gender and class both on the rigs, but also the economically depressed town. She becomes overly entwined in the people she’s covering when she has an affair with her first interview subject. She had wanted to see what men where like when there were no women around, but she was there. The result is both raw and compassionate. // Available December 7. Library catalogue link here. 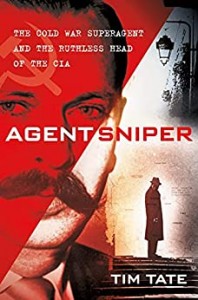 Agent Sniper: The Cold war Superagent and the Ruthless Head of the CIA
By Tim Tate

In 1961, Michal Goleniewski, a KGB spy and lieutenant colonel in the Polish intelligence service, defected to the US. He brought with him a trove of documents and information, including the identities of more than 1600 undercover Soviet bloc agents. Despite this, factional in-fighting at the CIA meant Goleniewski’s position was constantly under threat. After being cut loose in 1964, he suffered from declining mental health, at one point claiming to be the murdered Alexei Nikolaevich Romanov, the son and heir of the last czar. A fascinating and riveting account of the inner workings of the CIA during the early part of the Cold War and one of their most valuable sources. // Available December 14. Library catalogue link here. 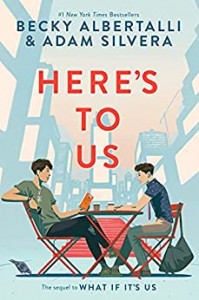 Here’s To Us
By Becky Albertalli and Adam Silvera

In this sequel to What If It’s Us, Ben and Arthur are now both in college, and find themselves back in New York City for the summer.They’ve both moved on from their previous romance, but they also keep running into each other. Both men are involved with other people, but the universe might be telling them they get yet another do-over in this swoon worthy read. // Available December 28. Library catalogue link here. 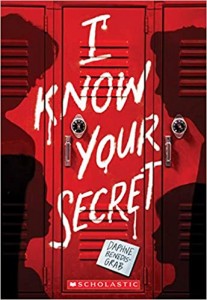 I Know Your Secret
By Daphne Benedis-Grab

One night, four classmates receive an email telling them if they don’t follow directions, the anonymous sender will reveal their secret. The four don’t seem to have much in common, but they’re forced to work together in a series of tasks that grow more and more sinister. Taking place over a single day at school, this thrilling mystery keeps the tension high. // Available December 7. Library catalogue link here.

→ Where to Buy Your Christmas Tree This Year 🎄