10 Books to Read in February

From a romantic comedy (it is February, after all!) to a memoir from a TV writer, these new releases should be on your list. 📚 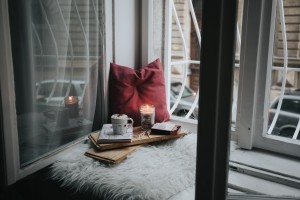 February brings more cold nights to curl up with a good book—and some Valentine’s Day chocolate, of course. Whether we’re reading by ourselves, or if there’s someone else reading next to us, a book is always there to keep us company. These are some of the best books to read in February. 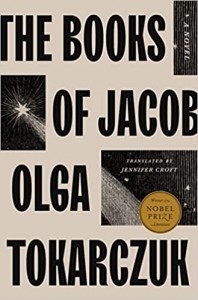 The Books of Jacob

Jacob Frank appeared in a small market town in Poland in 1752. Proclaiming to be the Messiah, he and his followers traveled extensively throughout Europe and the Ottoman Empire, in and out of Judaism, Islam, and Catholicism only to be declared heretical by all three. More than 200 years after his death, Nobel Laureate Tokarczuk’s sprawling epic attempts to unravel some of the mystery and controversy that surrounds the real-life Jacob Frank. // Available February 1. Library catalogue link here. 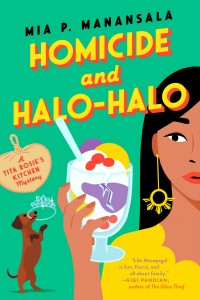 When she was a teen, Lila Macapagal won the Miss Teen Shady Palms Pageant and is now returning as a judge. But when one of the of the other judges turns up dead and her cousin (and rival) is the main suspect, Lila finds herself searching for the real killer. Unfortunately, she’s still traumatized by the events surrounding the last murder she solved (in last year’s Arsenic and Adobo). Full of family and food, this cozy mystery also tackles the fall-out that comes when you solve a murder. // Available February 8. Library catalogue link here. 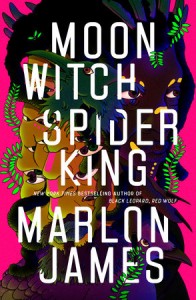 The second book in the Dark Star Trilogy turns the events of the previous installment, Black Leopard, Red Wolf, on its head. In the first installment, Tracker clashed with Sogolon the Moon Witch, but now she gets to tell her side of the story in a book many critics say is better than the first. Taken together the two stories offer both an exciting fantasy tale, but also an examination of storytelling and history. // Available February 15. Library catalogue link here. 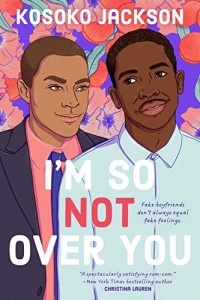 Kian and Hudson broke up months ago, so why is Hudson getting back in touch now? Apparently, he never told his parents they broke up, and is hoping Kian will pretend they’re still together during an upcoming visit. But what was supposed to be just dinner then turns to a trip to Georgia to attend a wedding. Along the way comes strong reminders of all the reasons they were together and why they broke up, but also maybe a chance to try again. // Available February 22. Library catalogue link here. 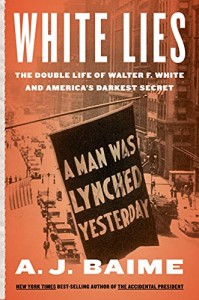 Walter Francis White doesn’t often appear on lists of prominent civil rights leaders and activists, but his groundbreaking reporting of racist violence and leadership of the NAACP deserves more recognition. Born in Atlanta, White moved to New York in his twenties and was very involved in the Harlem Renaissance. Able to pass as a white man, he frequently returned to the South and went undercover in white-only spaces to more accurately report on racist violence. He then became a leader of the NAACP and was instrumental in civil rights advances such as Truman’s integration of the military. Baime’s thoughtful and gripping biography will hopefully help White get his historical due. // Available February 8. Library catalogue link here. 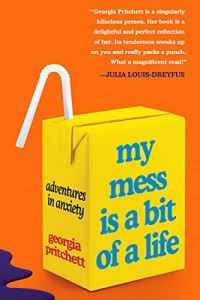 My Mess is a Bit of a Life: Adventures in Anxiety

When she was younger, Pritchett knew there were monsters under bed, but were they comfortable under there? As she grew, so did her worries.  A writer for Veep, Succession, and more, Pritchett found she was unable to talk to her therapist, so she wrote it down instead. The result is this memoir full of her trademark understated but sharp humor. // Available February 8. Library catalogue link here. 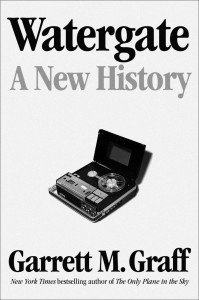 Journalist Graff would like America to remember that Watergate was a much bigger and weirder saga than we tend to remember and has written a comprehensive history to help mark this June’s 50th anniversary of the break-in. Starting with the release of the Pentagon papers and going through the lingering ramifications of the scandal and Nixon’s resulting resignation, Graff weaves together a wide range of primary and secondary sources to create one of the fullest accounts we’ve seen so far. // Available February 15. Library catalogue link here. 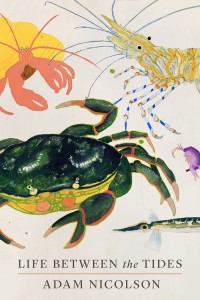 Life Between the Tides

With the language of a poet, Nicolson mixes history, science, and literature to explore the tidal areas along a stretch of Scottish coastline. Examining the ebb and flow of the ocean and the life that appears when the tide goes out, there are chapters on crabs and anemones that mix biology with quotations from William Blake and Virginia Wolff. Illustrated with drawings and photographs and full of infectious wonder, a powerful book that urges everyone to stop and look at the world around them. // Available February 22. Library catalogue link here. 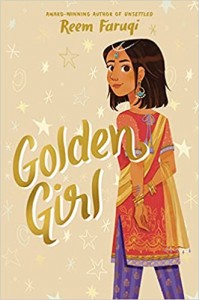 While coming home from a family trip, Aafiyah’s father is falsely arrested for theft. He and Aafiyah’s grandmother must stay in Dubai, while Aafiyah, her mother, her brother, and her grandfather all return to Atlanta. Aafiyah’s always had a comfortable life, but in paying for her grandfather’s cancer treatments and her father’s legal bills, the family finances wear thin, and she tries to find a way to help. She’s always had the bad habit of taking (and keeping) things that don’t belong to her, but what if that’s now the way to save her family? Told in verse, Aafiyah is a flawed, but relatable heroine who must ultimately face the consequences of her actions. // Available February 22. Library catalogue link here. 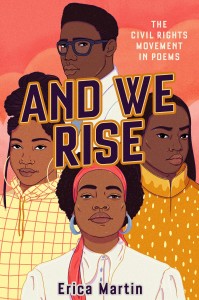 This powerful collection of poems covers the Civil Rights movement, examining larger events and people as well as smaller moments and the unsung heroes. Many of Martin’s poems use concrete forms, her striking use of negative space and interweaving of photographs, and historic ephemera make for an arresting visual design that adds even more weight and poignancy. // Available February 1. Library catalogue link here.