10 Books to Read in March

These new releases, from a hilarious wedding read to a heartfelt memoir, are coming soon to a library near you. 📚

(Photo by Jon Tyson on Unsplash)

Spring is on the way! Here are the new books we’ll be turning to this month when we need a break from our spring cleaning, or when we want to get lost in something on a rainy day. These are some of the best books to read in March. 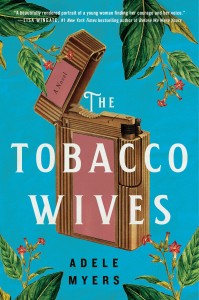 In 1947, teenage Maddie Sykes moves to Bright Leaf to work in her aunt’s dressmaking shop. When her aunt gets sick, Maddie must take over and provide the town’s leading women with Paris-worthy couture for the upcoming gala. Tobacco rules in Bright Leaf and as she works with the executives’ wives, she starts to see the underbelly of the town, especially after finding proof of a cover-up about tobacco’s dangers. Maddie must decide if exposing the truth is worth risking everything she has in this sparkling debut. // Available March 1. Library catalogue link here. 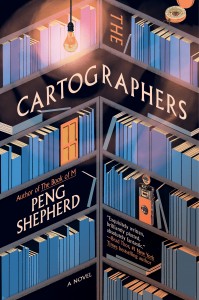 Seven years ago, Nell and her father argued over an old gas station map. Both cartographers, the argument ended with Nell’s father firing her and ruining her career. Now her father is dead and the map in question is still in his desk. Maps hold magic, and Nell will soon learn that his one holds more than just the answer to her father’s death. Perfect for fans of Erin Morgenstern or Natasha Pulley. // Available March 15. Library catalogue link here.

Four Aunties and a Wedding

Meddy’s family runs a highly successful wedding business, but when it’s her time to be the bride, she asks them to hire someone else so her family to enjoy the wedding as guests. But when the photographer starts talking about taking out a target, the aunties are on the case—they’re not about to let some mobsters posing as caterers mess up Meddy’s big day! This hilarious read is the perfect follow up to last year’s Dial A for Aunties. // Available March 29. Library catalogue link here. 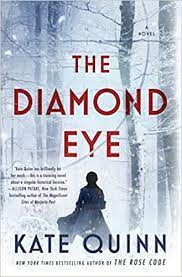 When the Germans invade the Soviet Union, Mila, a young mother and history student, is assigned to sniper duty. Her deadly accuracy earns her the name “Lady Death” and a trip to D.C. to seek American support for the war. From falling in love to working on her dissertation on missions, from finding leaves to send home to her son to befriending Eleanor Roosevelt, best-selling Quinn delivers a page-turning account of the life of Lyudmila Pavlichenko, history’s deadliest female sniper. // Available March 29. Library catalogue link here. 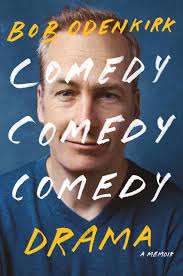 From the cult-classic Mr. Show to the critically acclaimed Breaking Bad, Bob Odenkirk’s career has spanned a wide range of roles earning him a legion of fans. In this memoir, he details his successes and failures, and how he’s grown as an artist with plenty of humor and some life lessons along the way. An engaging read for his fans and those wishing to break into the business. // Available March 1. Library catalogue link here. 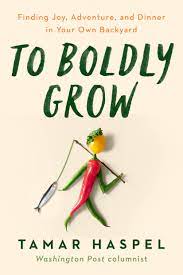 To Boldly Grow: Finding Joy, Adventure, and Dinner in Your Own Backyard

After moving from Manhattan to a cottage in Cape Cod, food columnist Haspel and her husband decide that every day for the next year they should eat at least one thing that they had gathered first-hand. From learning to hunt to growing her own mushrooms, Haspel has plenty of successes, failures, and tips and tricks she learned the hard way. Full of bright prose and practical advice for non-experts, there’s a lot to dig into. // Available March 8. Library catalogue link here.

Last Call at Hotel Imperial: The Reporters Who Took on a World at War

As young reporters in the 20s, they roamed the world and found themselves in the center of the action as the 30s saw the fall of empires and the rise of European dictatorships and the 40s was a world at war. From drunken debates about love to interviews with everyone from Mussolini to Gandi, Cohen details how the journalists Dorothy Thompson, HR Knickerbocker, Jimmy Sheean, and John and Frances Gunther shaped the way Americans saw the world. A masterful balance between the political and the personal, Cohen makes the people and time come to life in this evocative and well-crafted read. // Available March 15. Library catalogue link here. 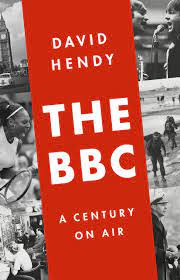 The BBC: A Century on Air

Starting with its charter as a radio company in 1922, the BBC has grown to include television and now broadcasts in forty languages and two hundred countries. It has covered a century of British history and culture from WWII to Dr Who. Starting with its founding and moving up through the modern day, former BBC producer Hendy tells of the controversies and triumphs as the BBC covered, and shaped, history in this large-scale, but entertaining, account. // Available March 29. Library catalogue link here. 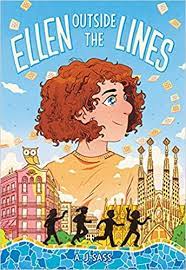 Ellen Outside the Lines

As someone with autism, Ellen feels most comfortable when she has everything planned out. On a school trip to Barcelona, Ellen uses last year’s syllabus to carefully plan out each day, only to land and find the curriculum has changed. Ellen finds the scavenger hunt around the city and changing friendships challenging, but support comes in new places in this heartfelt story written by a person with autism. // Available March 22. Library catalogue link here. 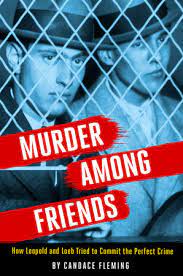 Murder Among Friends: How Leopold and Loeb Tried to Commit the Perfect Crime

Thinking they had committed the perfect crime, 19-year-old Nathan Leopold and 18-year-old Richard Loeb were quickly apprehended for the murder of 14-year-old Bobby Franks. In this twisty true crime thriller, Fleming looks at the lives of the notorious killers, what led them to commit the murder, and the stunning defense provided by Clarence Darrow that spared them the death penalty. Photographs and newspaper reproductions appear throughout this thought-provoking read. // Available March 29. Library catalogue link here.