This month's new releases include tales of Old Hollywood, navigating grief and murder on the Appalachian Trail. 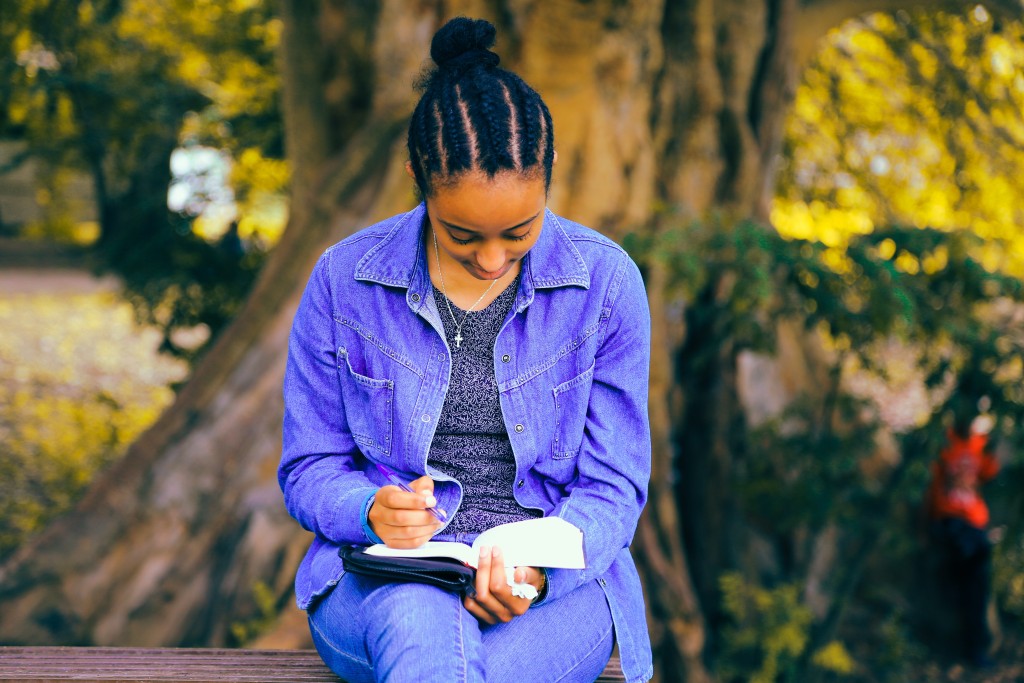 As temperatures heat up in anticipation for summer, so do the book releases. May brings a bounty of new books to choose from. Here are some of the ones we’re most looking forward to. 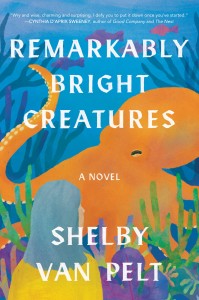 After the death of her husband, Tova Sullivan wonders what’s left for her in her hometown of Sowell Bay. Working as the night janitor at the local aquarium, she works through her grief by talking to the animals. She feels especially close to Marcellus, a giant octopus she helps back to his tank after his regular escapes. Her solace is interrupted when she’s joined on the night shift by Cameron, who has come to Sowell Bay to look for his missing father, and whose complicated family situation may also shed light on the disappearance of Tova’s son 30 years ago. The narration shifts between Tova, Cameron and even Marcellus in this heartfelt and heartwarming tale. Van Pelt manages the heavy topics of grief and aging with her warm tone—a good bet for fans of Frederick Backman. // Available May 3. Library catalog link here. 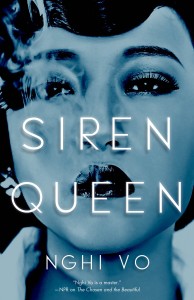 In the glitz and glamour of old Hollywood, the magic of movies is real. Luli Wang knows enough to understand that names hold power, so she gives the studio a fake one as she gets her start. Her first big role is a siren, followed by a series of other monsters. To get the success and fame she craves, real sacrifices must be paid that threaten to fully turn her into a monster. Searing and hypnotic, Luli’s journey through the glittery surface and dark underbelly of Hollywood will pull the reader until the final page. // Available May 10. Library catalog link here. 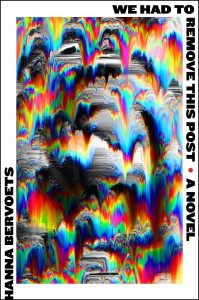 Kayleigh and her coworkers spend their days watching flagged content on a large social media platform, deciding what should stay up and what should be deleted. The quotas are stressfully high and it’s hard to stop the images running through their minds when the day is finally done. Kayleigh’s coworkers struggle to maintain a distinction between the videos they spend all day viewing and reality, but she’s okay—until she isn’t.  Bervoets is an acclaimed Dutch author. This is her first book to be translated into English, and readers will surely hope to see more. // Available May 24. Library catalog link here. 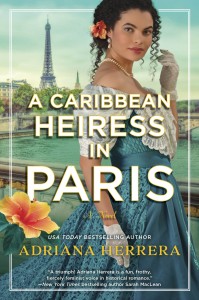 A Caribbean Heiress in Paris

In 1889, Luz Alana Heith-Benzan, heiress to the Caña Brava rum fortune, travels to Paris with her sister and two best friends to attend the Exposition Universelle. Though the white male buyers and shippers may not be ready to deal with a woman of color, Luz is determined to create a European market for her family’s rum. James Evanston Sinclair, Earl of Darnick, has a passion for whiskey. He suspects a marriage of convenience might be the best way for both parties to grow their businesses, if they don’t accidentally fall in love. With rich historical detail and fully realized characters, this steamy romance from the author of American Dreamers is the first in an exciting new series. // Available May 31. Library catalog link here. 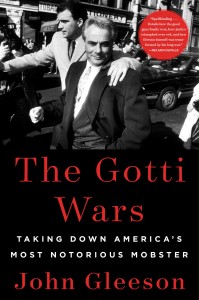 The Gotti Wars: Taking Down America’s Most Notorious Mobster

As a young assistant U.S. attorney in Brooklyn, Gleeson was instrumental in the court case that finally put mobster John Gotti in jail. He also tried several earlier cases against Gotti that saw him acquitted. Gleeson is frank in his assessment of his own missteps, as well as the politics and personality clashes at play behind-the-scenes. The story of Gotti’s downfall has been covered extensively, but Gleeson’s first-hand account reveals several new details about how the prosecution built its case. Coupled with Gleeson’s engaging writing, the result is a worthy addition to the shelf. // Available May 3. Library catalog link here. 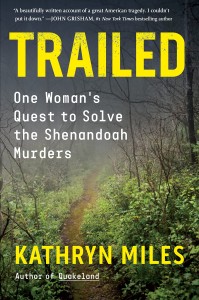 Trailed: One Woman’s Quest to Solve the Shenandoah Murders

In 1996, two women were murdered near the Appalachian Trial in Shenandoah National Park. Lollie Winans and Julie Williams worked at the outdoor leadership program Woodswomen, where they fell in love. Twenty years after their deaths, journalist Miles learned of the case, which was never successfully prosecuted. Digging through the evidence and case files, Miles exposes police and FBI mismanagement and the true danger that members of marginalized communities often find themselves in when out in the wilderness.  A provocative and engrossing read. // Available May 3. Library catalog link here. 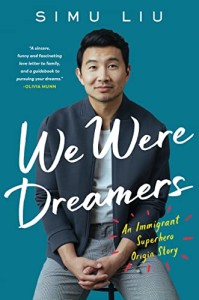 We Were Dreamers: An Immigrant Superhero Origin Story

Star of the movies Kim’s Convenience and Shang-Chi and the Legend of the 10 Rings, Liu writes a candid and moving memoir examining his complicated relationship with his parents. The actor spent his early years with his grandparents in Harbin, China, while his parents worked in Canada. He later joined his parents, chaffing under their strict demands and high expectations in a relationship marked by significant cultural differences and divides that turned abusive. After being laid off from an accounting job, Liu realized what he wanted to do was act. Along the way, he and his parents found a way to understand each other and mend their relationship. A frank memoir with a lot of heart that sheds a much-needed light on the pressures faced by immigrants. // Available May 17. Library catalog link here. 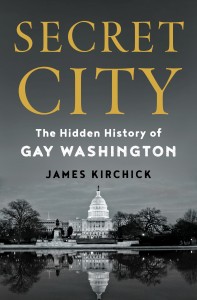 At the height of World War II, Sumner Welles, a respected diplomat and Undersecretary of State in the Roosevelt administration, was forced out of government work after he was outed as bisexual. Charting a pattern through 11 presidential administrations, Kirchick chronicles how even the rumor of homosexuality ruined careers and was tied into the legacies of the Red Scare, the Civil Rights movement, the rise of social conservatism, and the rivalry between the CIA and FBI.  A riveting and sober look at American history.  // Available May 31. Library catalog link here. 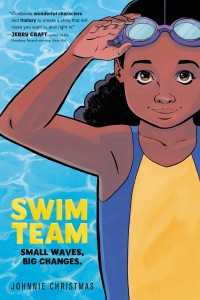 When Bree and her father move from Brooklyn to Florida, she finds herself thrown into the deep end. Swim team (and swimming in general) is a big deal at Bree’s new school—but she never learned how. Overcoming her anxiety, she begins to learn the sport. But she and her under-funded team face other challenges as they confront a rival team from a fancy private school. // Available May 17. Library catalog link here. 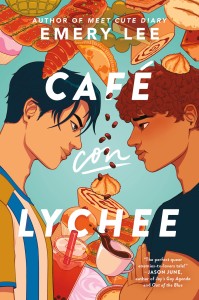 Gabi wants his parents’ Puerto Rican bakery to thrive so he can take over one day. Theo needs his parents’ Asian café to succeed so he can leave Vermont after high school. Fueled by their parents’ competing businesses and Gabi’s poor performance on the soccer field, the two do not get along. But when a new fusion café in town threatens to take away customers, they must learn to work together to keep their dreams alive. Along the way, the two enemies find they have more in common than they thought. // Available May 10. Library catalog link here.