This month's new releases include an oral history of ‘The Sopranos,’ and—after a seven-year (!) wait—the ninth installment of the ‘Outlander’ series. 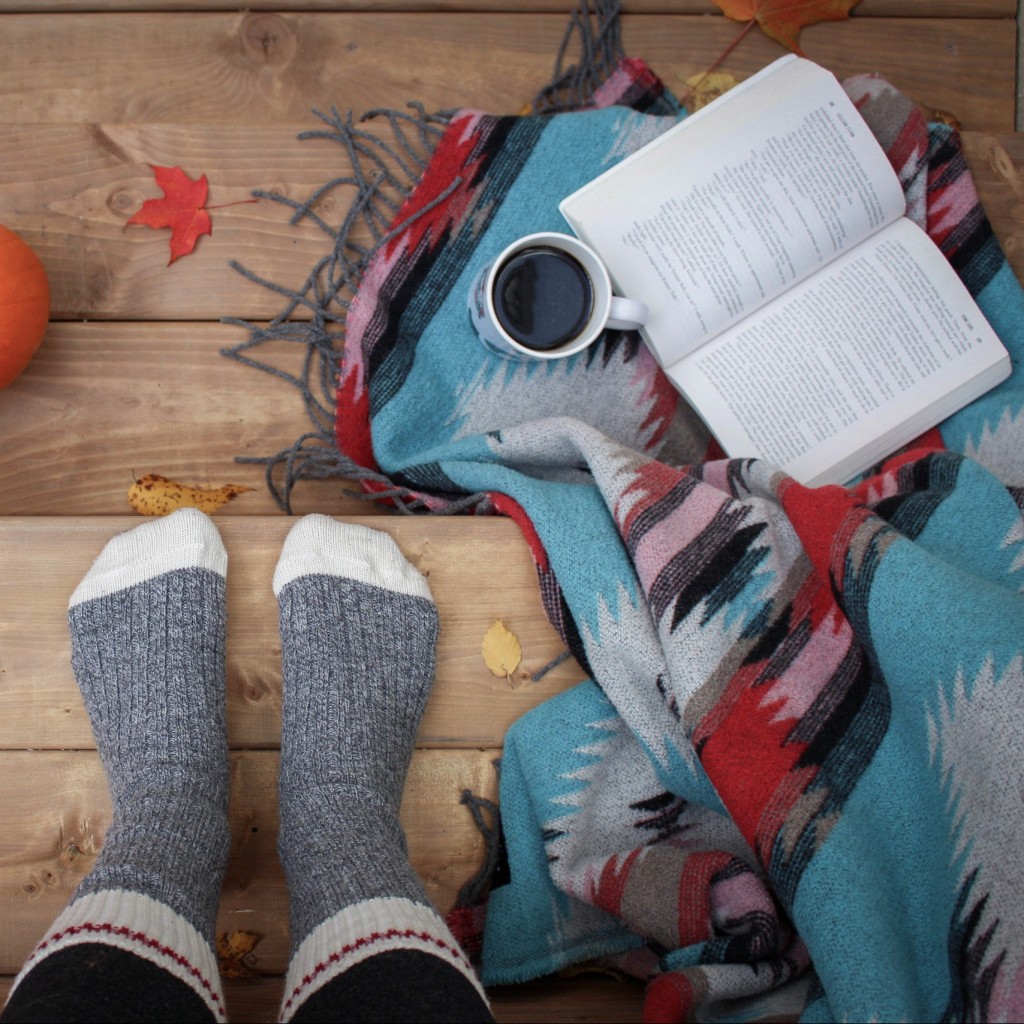 This month, we’re thankful for hardcover books and long afternoons curled up by the fire. We’re thankful for ebooks on our phones, giving us quick moments of reading in line at the grocery store, and we’re thankful for audio books, which entertain us during drives to see family. Regardless of how you read them, if you need more books to read in 2021, here are some for this November. So much to be thankful for! 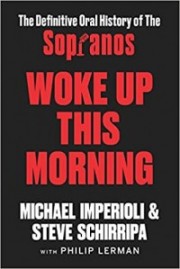 Woke Up This Morning: The Definitive Oral History of the Sopranos
By Michael Imperioli and Steve Schirripa

Actors on one of the great television shows of all time, Imperioli and Schirripa currently host the Talking Sopranos podcast, where they recap and dive deep into each episode. As they near the end of the final season, Woke Up This Morning distills the best of the podcast content, with memories and insights from over sixty cast and crew members. It covers little things like how wardrobe could signal plot points to big things, like what, exactly, happened in the finale’s closing scene? // Available November 2. Library catalog link here. 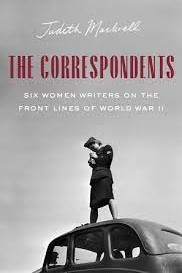 The Correspondents: Six Women Writers on the Front Lines of World War II
By Judith Mackrell

In this engrossing biography, Mackrell highlights six reporters covering several different fronts during WWII. In addition to the dangers of war, these six women also faced sexist attitudes from people who tried to deny them access to the stories they were covering. Their courage, perseverance, and outstanding reporting opened the door to a new wave of female journalists and war correspondents. // Available November 2. Library catalog link here. 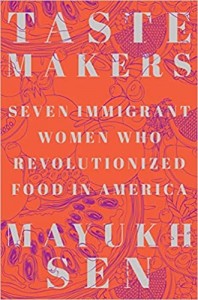 Some were trained chefs and some were self-taught, but each of these women used food as a way to connect to their home countries after moving to the United States. They wrote influential cookbooks, hosted television shows, ran restaurants, and launched food lines. Each of them also fundamentally changed how America ate, even as they struggled to balance American tastes with authenticity, scaling up from a home cook to professional, and starting completely over in a new country. A fascinating (and delicious) read. // Available November 16. Library catalog link here. 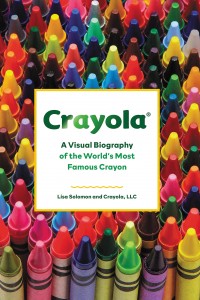 A delightful look at an art supply staple. Full of archival photos, this beautifully designed tome traces the history of Crayola makers Binney & Smith (including their role in making red the default color of American barns) as well as an in-depth look at every crayon color currently on the market. A must read for anyone with fond memories of the joy of opening a new box of crayons. // Available November 16. Library catalog link here.

Charlotte Holmes, who solves mysteries under the name Sherlock, has been tasked with finding a young woman who has possibly goes missing from a religious commune in Cornwall. The first of many twists and turns is that the person asking Charlotte to find the young woman is none other than her nemesis Moriarity. As with the earlier installments of the Lady Sherlock series, Thomas excels at balancing a complex mystery with excellent character relationships. She relishes in the tiny Sherlockian details while still creating something new and exciting in Charlotte. // Available November 2. Library catalog link here. 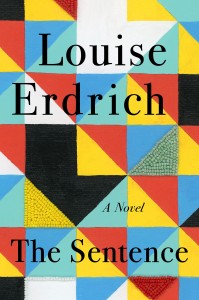 The Sentence
By Louise Erdrich

Recently released from prison, Ojibwe member Tookie gets a job at Birchbark Books (Erdrich’s real-life bookstore in Minneapolis). There, she must deal with Flora, an annoying customer who claims dubious Native heritage. After her untimely death on November 1, 2019, Flora’s ghost haunts the bookstore during a tumultuous year marked by the start of the COVID-19 pandemic and protests after the murder of George Floyed. Full of humor and sorrow, it deals with ghosts both literal and metaphorical in an unforgettable year. // Available November 9. Library catalog link here. 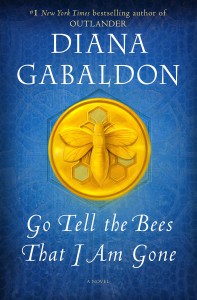 Go Tell the Bees That I am Gone
By Diana Gabaldon

After a seven-year wait, the ninth installment of the Outlander series is here. After twenty years apart, Claire and Jamie have been reunited and find themselves Revolutionary War-era North Carolina. Despite their remote location, they know the war is coming and what the outcomes will be. Meanwhile, their daughter starts to think that fleeing the twentieth century for the eighteenth wasn’t the best plan. // Available November 23. Library catalog link here. 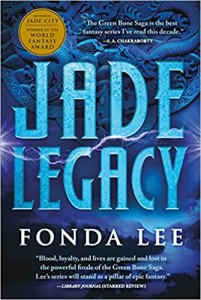 The final installment of the Green Bone saga spans twenty years and multiple generations as the No Peak and Mountain clans continue to battle over the precious Jade-whose existence and magical properties are now known throughout the world. Readers who haven’t yet picked up this sweeping saga of family, magic, and organized crime will want to start at the beginning and read straight through to this thrilling conclusion. // Available November 30. Library catalog link here. 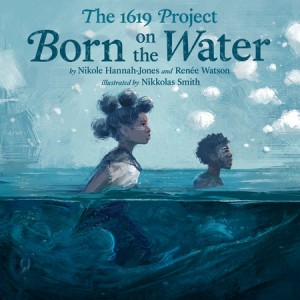 The 1619 Project: Born on the Water
By Nikole Hannah-Jones and Reneé Jones. Illustrated by Nikkolas Smith

When a young Black girl is distressed she can’t trace her family history as far back as her classmates, her family tells her the story of her people, starting in the West African Kingdom of Ndongo, stretching through American slavery, the Civil War, the Civil Rights movement, and through to today and Black Lives Matter. Told in a series of poems and illustrated with evocative paintings, the narrative focus is on resilience and hope. Available November 16. Library catalog link here. 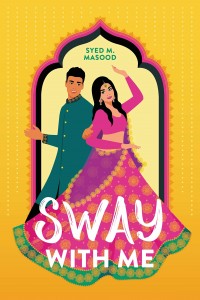 Sway with Me
By Syed M Masood

Arsalan is hoping to have his marriage arranged before his almost 100-year-old great-grandfather (and guardian) passes away. Convinced the best matchmaker in Northern California won’t take him as a client, he approaches her stepdaughter, who is a new classmate as he attends public school for the first time. Free-spirited Beenish agrees, but only if he’ll be her dance partner at her sister’s wedding as part of her plan to disrupt the festivities. The two are polar opposites, but as they work together, they realize they have a lot more in common than they thought. // Available November 9. Library catalog link here.