This month's new releases include a rock memoir by Foo Fighters front man Dave Grohl and an unflinching historical exploration of the 1921 Tulsa Race Massacre. 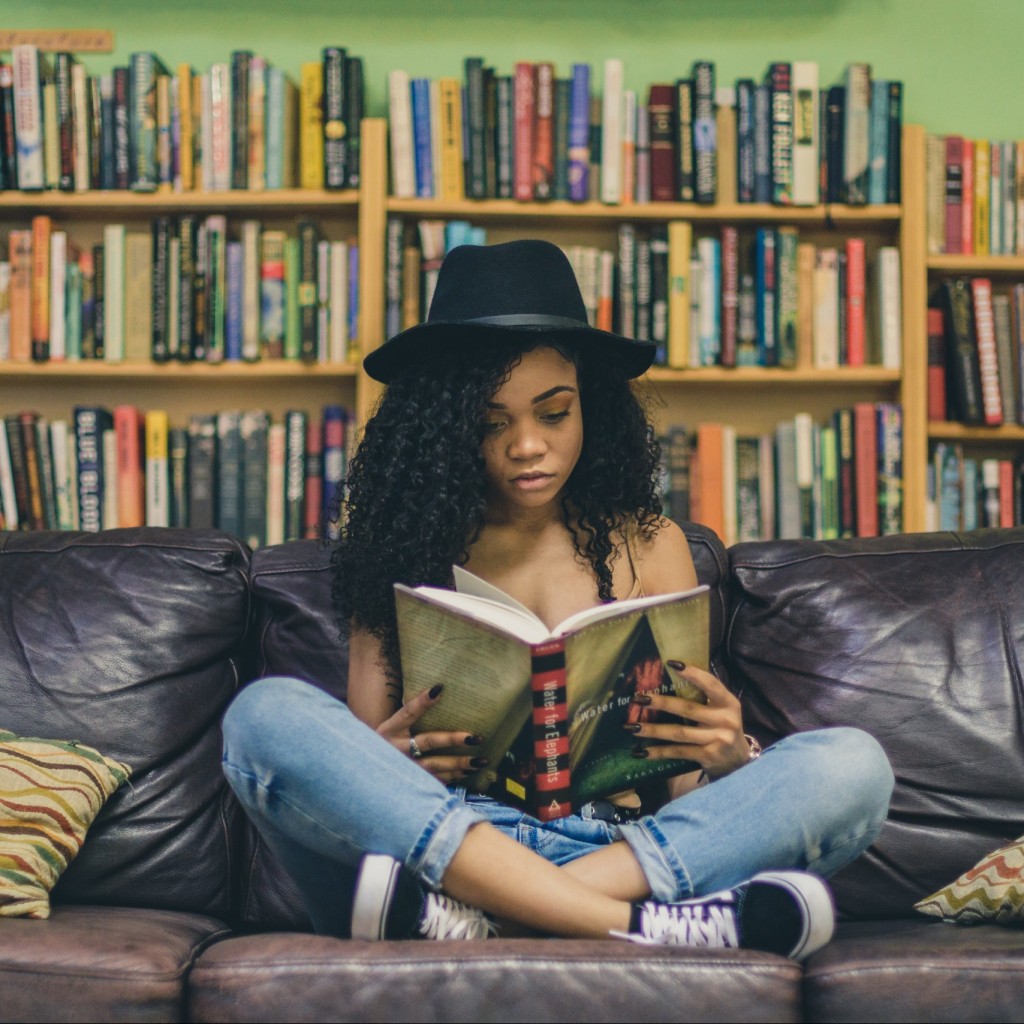 As the weather continues to cool and the nights get longer, October is the perfect time to curl up and read your way through a stack of good books. From hotly anticipated sequels and rock memoirs to tales of truffle hunters and searching for one’s identity, here are ten picks for your fall reading list. 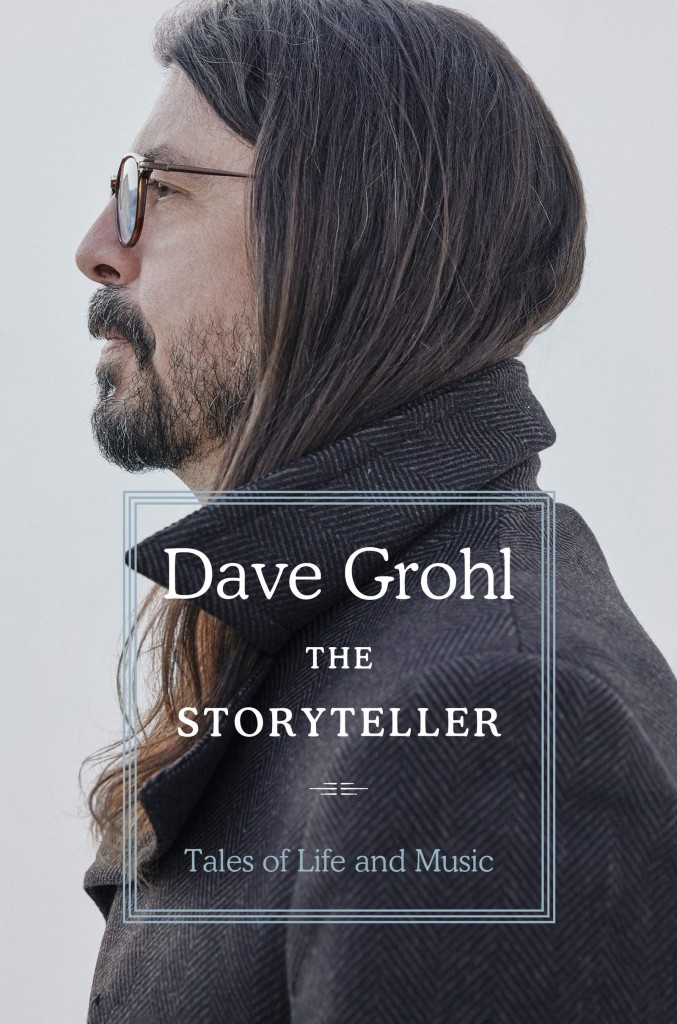 The Storyteller: Tales of Life and Music, by Dave Grohl

Foo Fighters front man and former Nirvana drummer Dave Grohl opens up about his life and career in this high-spirited and humble memoir. Despite decades of global fame, the NoVA native still seems star-struck by each opportunity he has to make music with fellow artists he admires. Recounting a timeline that includes his early days teaching himself how to drum through touring the world with his wife and daughters, Grohl’s memoir is not a gossipy tell-all. Rather, it’s the story of a man who is still in awe of the life he gets to lead and the sheer power of music. //Available: Oct. 5. Catalog link: libcat.arlingtonva.us/Record/242879 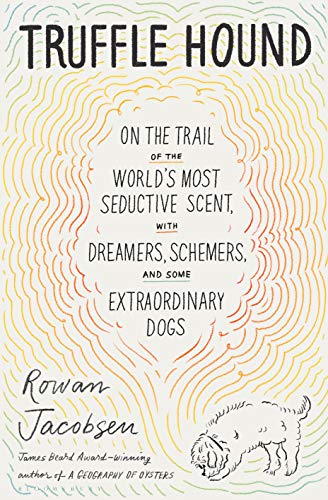 Truffle Hound: On the Trail of the World’s Most Seductive Scent with Dreamers, Schemers, and Some Extraordinary Dogs, by Rowan Jacobson

What is it about the scent and taste of truffles that drives people to scour the forest with trained pigs or dogs, searching for the elusive food? The most expensive foodstuff on the planet, truffles are often bought and sold in back alleys and parking garages, in secret deals that wouldn’t be out of place in a crime thriller. Author Rowan Jacobson explores the chemistry that makes the coveted fungi so extraordinary, tags along on truffle hunts all over the world, and talks with traders and chefs to tell the expansive tale of this scarce delicacy. Recipes included. // Available: Oct. 5. Catalog link: libcat.arlingtonva.us/Record/245335 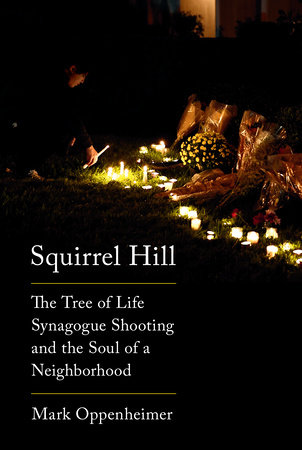 Squirrel Hill: The Tree of Life Synagogue Shooting and the Soul of a Neighborhood, by Mark Oppenheimer

After the Tree of Life massacre in 2018, journalist Mark Oppenheimer traveled back to Squirrel Hill, the Pittsburgh neighborhood his father grew up in, to cover the story. He visited several times over the next year, reporting on what happens to a community in pain that must find a way to go on after the news cycle ends. In interviews with jews and gentiles alike, Oppenheimer explores numerous reactions to the violence and chronicles how a community comes to together to heal. // Available: Oct. 5. Catalog link: libcat.arlingtonva.us/Record/242787 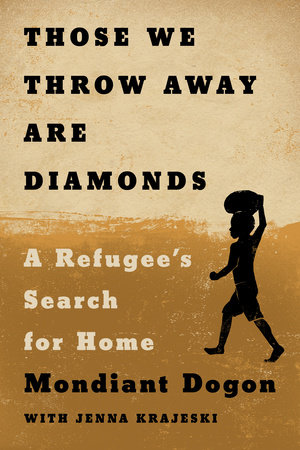 Those We Throw Away are Diamonds: A Refugee’s Search for Home, by Mondiant Dogon with Jenna Krajeski

Mondiant Dogon was a small child living in Congo when the Rwandan genocide bled over the border. He and his family were forced to flee, eventually finding safe harbor in a refugee camp in Rwanda, where they stayed for two decades, dependent on often inadequate aid from Rwanda and the UN. Dogon at one point tried to return to Congo, but was imprisoned and forced to become a child soldier. Eventually he was able to get an education and sponsorship to attend a university in the U.S. His searing story is a plea to not forget the world’s many refugees and their quest for safety. //Available: Oct. 12. Catalog link: libcat.arlingtonva.us/Record/242874 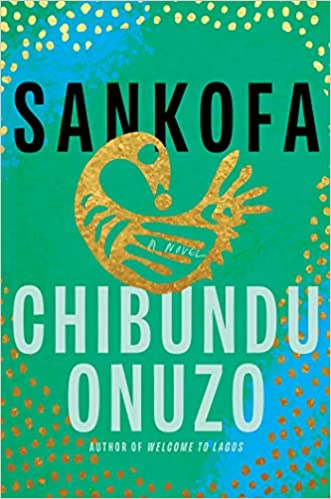 Anna, who is biracial, finds herself at a personal crossroads now that her children are grown, her husband has left, and the mother who raised her has passed. Going through her mother’s effects, she finds a diary kept by her father—a West African international student who had returned home before learning of the pregnancy. Anna feels deeply connected to the person she discovers in its pages, but must reconcile those feelings with the reality of who her father is—a freedom fighter turned dictator—in this engaging and satisfying quest for identity and family. // Available: Oct. 5. Catalog link: libcat.arlingtonva.us/Record/241600 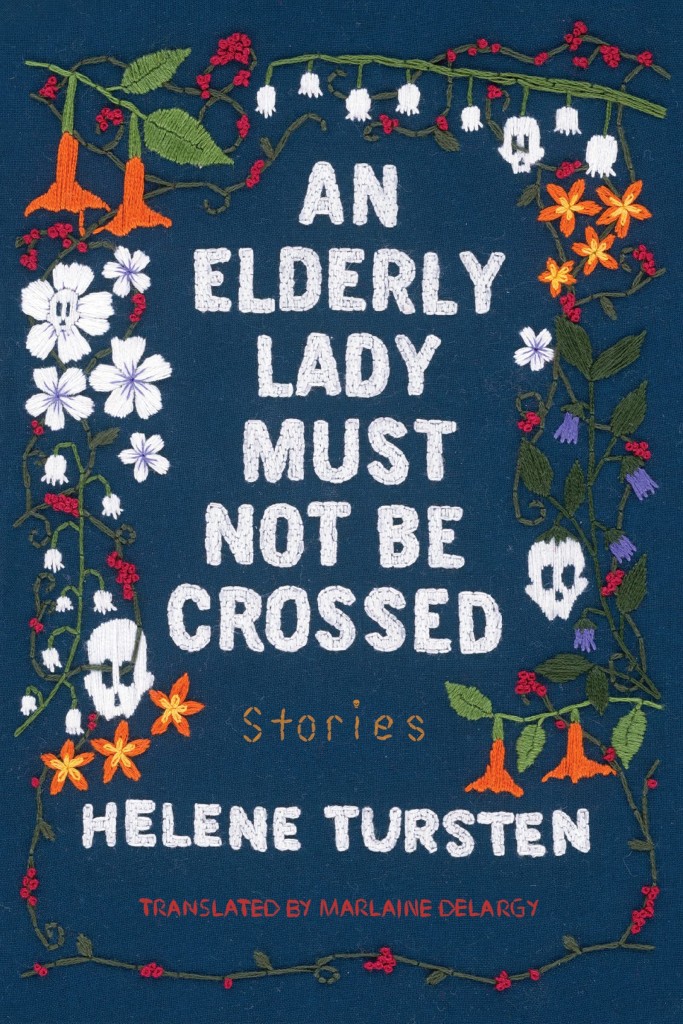 An Elderly Lady Must Not Be Crossed, by Helene Tursten

She may be 88, but that doesn’t stop Maud from quietly murdering those who have done her wrong, no matter how small the perceived slight. After her exploits in the darkly hilarious An Elderly Lady is Up to No Good, Maud may finally be suspected by the police, but that won’t stop her from remembering her past deeds as she flees from her current predicament in these interlocking short stories. // Available: Oct. 5. Catalog link: libcat.arlingtonva.us/Record/241611 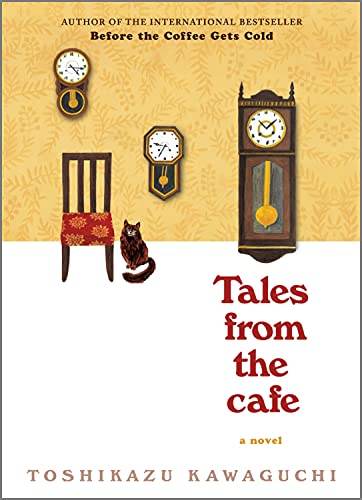 Tales from the Café, by Toshikazu Kawaguchi

Tucked into a back alley in Tokyo, Funiculi Funicula has been serving coffee for more than a century. The small, dark space has one chair that will allow a visitor to go back in time for a short while, but there are rules—you can’t leave the chair, nothing will change in the present, and you have to wait for the one moment each day when the ghost who normally sits in the chair stands up. In this sequel to the bittersweet but ultimately heartwarming Before the Coffee Gets Cold, four new customers get a chance to travel back in time—not to change the future, but to change themselves. //Available: Oct. 12. Catalog link: libcat.arlingtonva.us/Record/243013 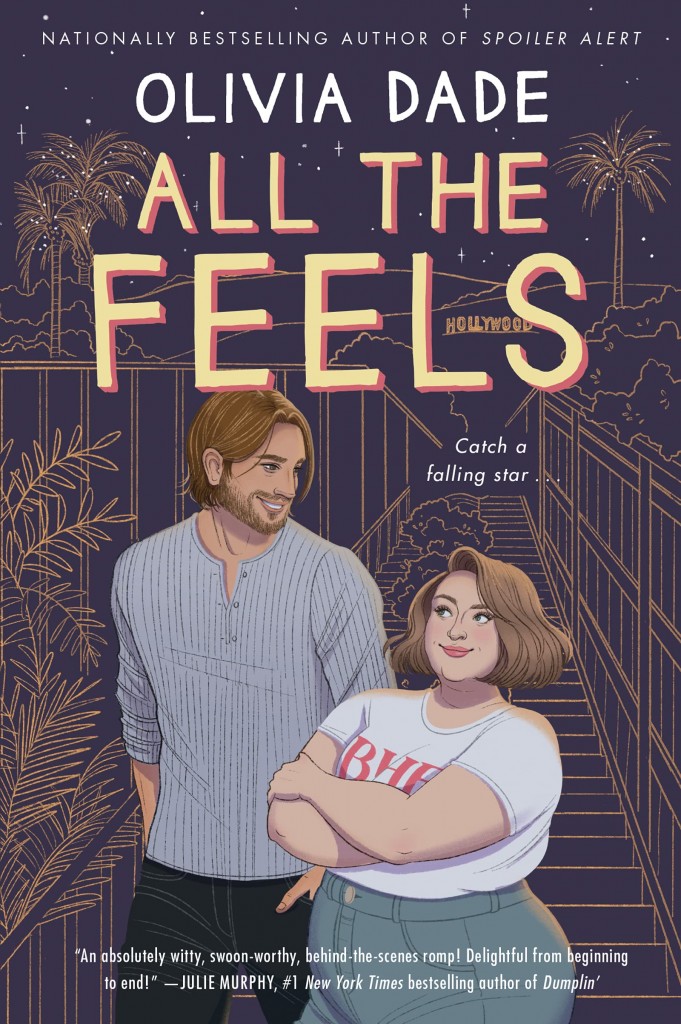 All the Feels, by Olivia Dade

Alex may be a star on a hit TV show, but he’s more than frustrated with what the show’s writers have done to his character and is facing an uncertain future. When his impetuousness gets the better of him, he’s assigned a babysitter to keep him in line—former ER therapist Lauren. Lauren imagines that keeping Alex out of trouble will be easy, but as they get to know each other, she finds it hard to resist falling in love—until Alex’s next act gets her fired. Filled with humor and emotional depth, this charming romantic comedy is sure to win author Olivia Dade some new fans, and will satisfy her existing ones. //Available: Oct. 26. Catalog link: libcat.arlingtonva.us/Record/244884 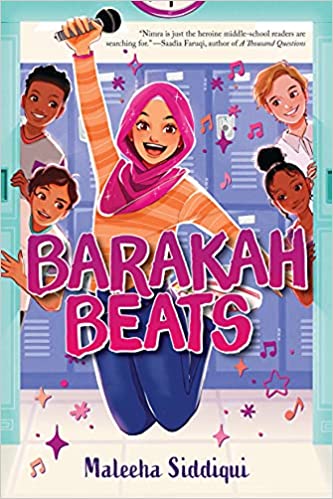 Nimra has always been homeschooled or enrolled in a private Islamic school, but now she’s starting seventh grade at her public middle school. She’s nervous, as she’ll be only one wearing a hijab. Luckily her best friend, Jenna, already goes to the school and can show her around. But when school starts, Jenna is suddenly distant. When Nimra is asked to join a band whose members are Muslim boys, she’s conflicted; doing so goes against her family’s Islamic practice, but then again, maybe she can join just long enough to regain Jenna’s friendship before dropping out? This wonderful story of friendship, family, finding your voice and staying true to yourself showcases the wide diversity of Muslim Americans. //Available Oct. 19. Catalog link: libcat.arlingtonva.us/Record/251266 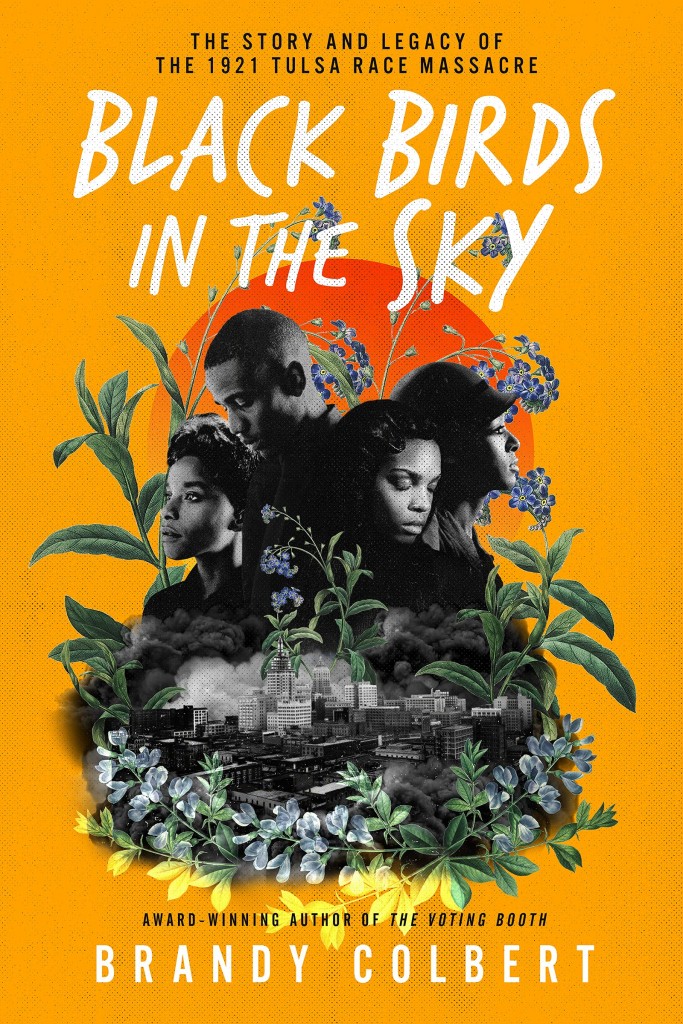 Black Birds in the Sky: The Story and Legacy of the 1921 Tulsa Race Massacre, by Brandy Colbert

Acclaimed novelist Brandy Colbert turns to nonfiction in this unflinching look at the Tulsa Race Massacre. Filled with eyewitness accounts from survivors, the book also places the destruction in its wider context—interweaving the history of Oklahoma, the displacement of its indigenous population, the resurgence of the KKK and how African Americans were gaining more social and geographic mobility post WWI. Colbert’s clear prose helps readers understand the state’s complex and interconnected history in this powerful and compelling read. // Available Oct. 5. Catalog link: libcat.arlingtonva.us/Record/244085

Book recommendations courtesy of Jennifer Rothschild, collection engagement librarian for the Arlington Public Library. Find and reserve more free, available titles from the library collection here. Download the library app and keep the library in your pocket, anywhere you go!