10 New Books to Read in October

Sink your teeth into a horror-tinged thriller, a pulp noir anthology and a deep dive into the history of the World Series. 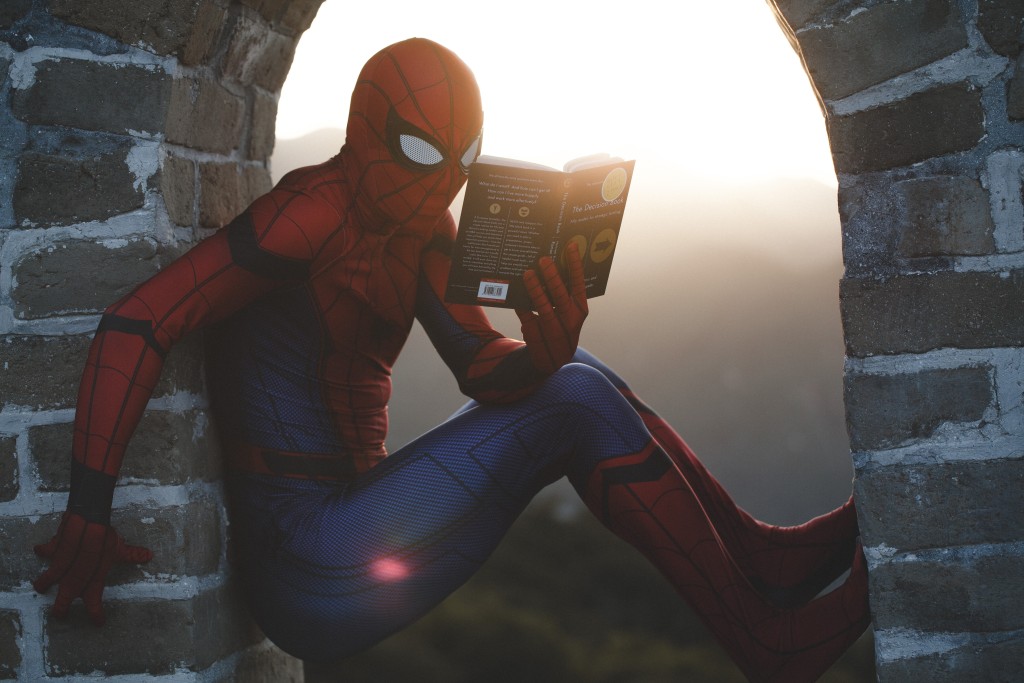 (Image by Road Trip with Raj on Unsplash)

As the nights get longer and colder, it’s the perfect time to break into the Halloween candy a bit early and curl up with a stack of good books. 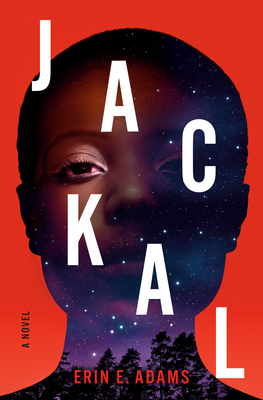 Liz Rocher is not excited to return to her small hometown in Appalachian Pennsylvania, but her best friend is getting married. When her friend’s daughter goes missing from the reception, Liz learns that something has been taking Black girls for years, with little media coverage. When she investigates, she makes herself a target in this horror-tinged thriller. // Available Oct. 4. Library catalog link here. 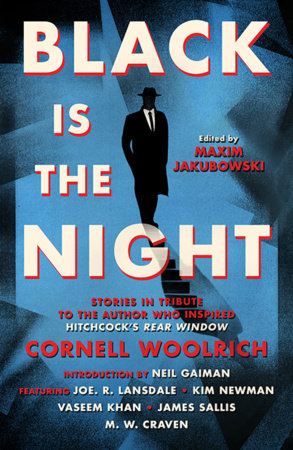 Black is the Night: Stories Inspired by Cornell Woolrich
Edited by Maxim Jakubowski

Thanks to Alfred Hitchcock, Woolrich may be best known for his short story “Rear Window,” but the 30 writers included in this anthology know his influence on noir and crime fiction runs much deeper than Hitchcock’s film. Authors as varied as Neil Gaiman, Vaseem Khan and William Boyle explore Woolrich’s themes and plots in exciting ways, confirming that his work still resonates today. // Available Oct. 25. Library catalog link here. 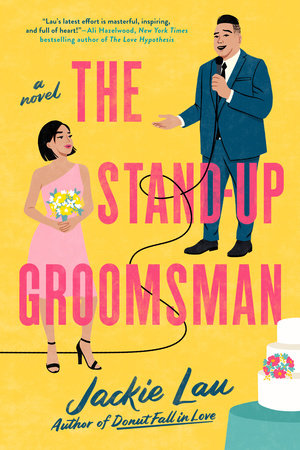 Stand Up Groomsman
By Jackie Lau

Actor and standup comedian Melvin Lee said the wrong thing the first time he met financial whiz Vivian Liao. Now their best friends are getting married. As members of the wedding party, Melvin and Vivian have to spend more time together than they’d like, revealing their undeniable attraction. Complicated childhoods make them both resistant to love, but they may be able to make it work if they’re willing to try in this funny, contemporary romance. // Available Oct. 25. Library catalog link here. 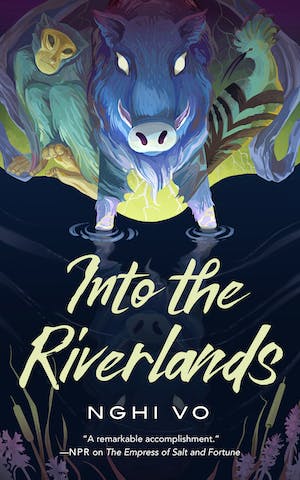 Into the Riverlands
By Nghi Vo

The third novella of the Singing Hills Cycle continues with the Wandering Cleric Chih venturing into the river lands and into the middle of a martial arts ancient feud. Novelist Nghi Vo has a fantastic gift for creating sweeping epics that weave together history and myth. // Available Oct. 25. Library catalog link here. 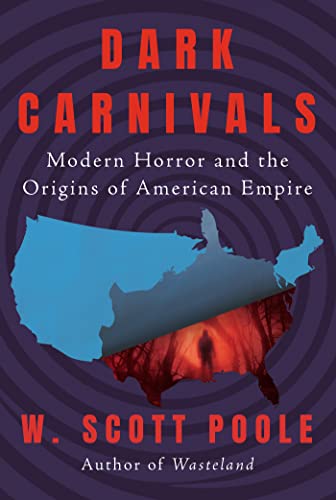 A fascinating look at how American horror cinema reflects greater societal fears – especially those that lurk beneath the surface. W. Scott Poole’s engaging account analyzes how hidden anxieties have given rise to not only epically scary movies, but also some of the darker chapters in history, changing the way readers look at both. (Be sure to read the end notes; Poole hid some good jokes there in his last book, Wasteland.) // Available Oct. 4. Library catalog link here. 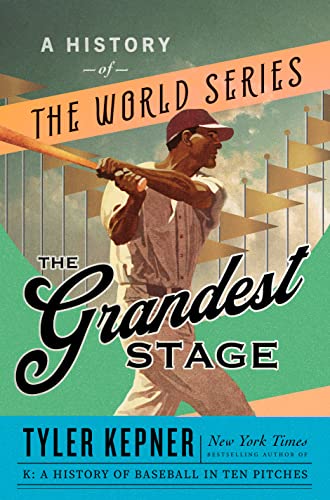 Grandest Stage: A History of the World Series
By Tyler Kepner

From the thrill of the winning home run to the devastation of the error that loses the whole thing, Tyler Kepner has knack for making baseball come alive. Over seven chapters he explores the World Series from multiple angles, from what it’s like to manage a team in the Series, to the agony of being the perpetrator of the game-losing error, plus the magic moments we all remember. A fascinating deep dive for diehard fans with an infectious enthusiasm that will also draw in the most casual watcher. // Available Oct. 11. Library catalog link here. 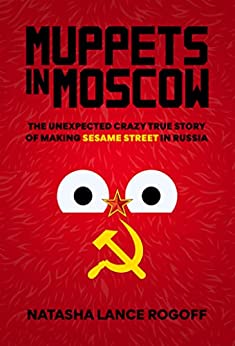 After the end of the Cold War, producer Natasha Lance Rogoff took on the daunting task of creating a Russian version of Sesame Street. From finding Russian puppeteers to embrace the Muppets’ trademark zaniness while navigating political instability that regularly saw the assassination of network heads, to balancing work with parenthood, Rogoff’s first-hand account details all the dedication and work that went into creating Ulitsa Sezam. // Available Oct. 17. Library catalog link here. 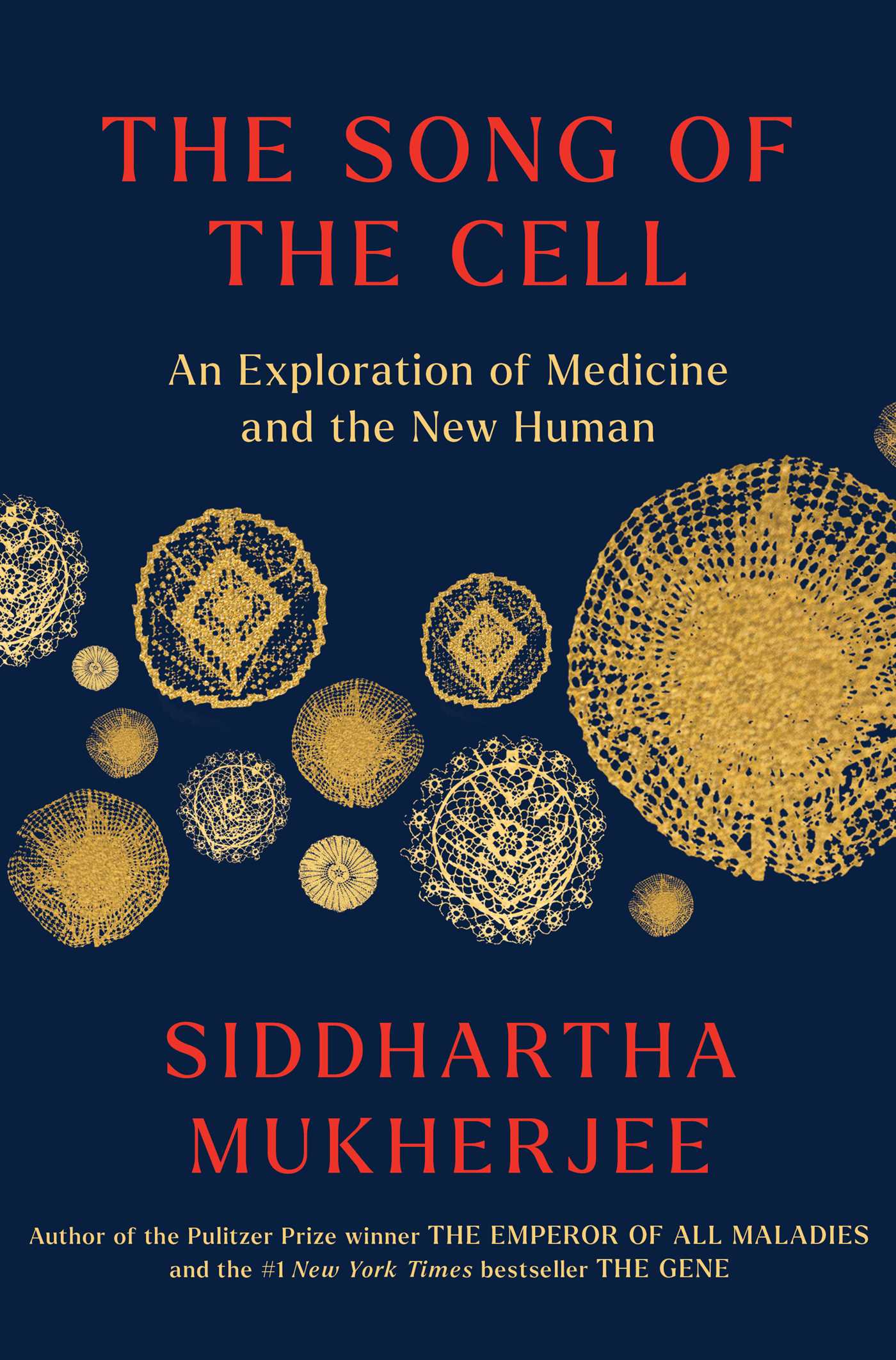 The Song of the Cell: An Exploration of Medicine and the New Human
By Siddharta Mukherjee

Starting with the discovery of cells in the late 19th century and progressing to today’s gene editing technology, best-selling Mukherjee takes an in-depth look at the basic building blocks of life. Taking stock of how much we’ve learned, as well as what we still don’t understand, this fascinating journey between lab and doctors’ office pays equal attention to the science and the real lives at stake. // Available Oct. 25. Library catalog link here. 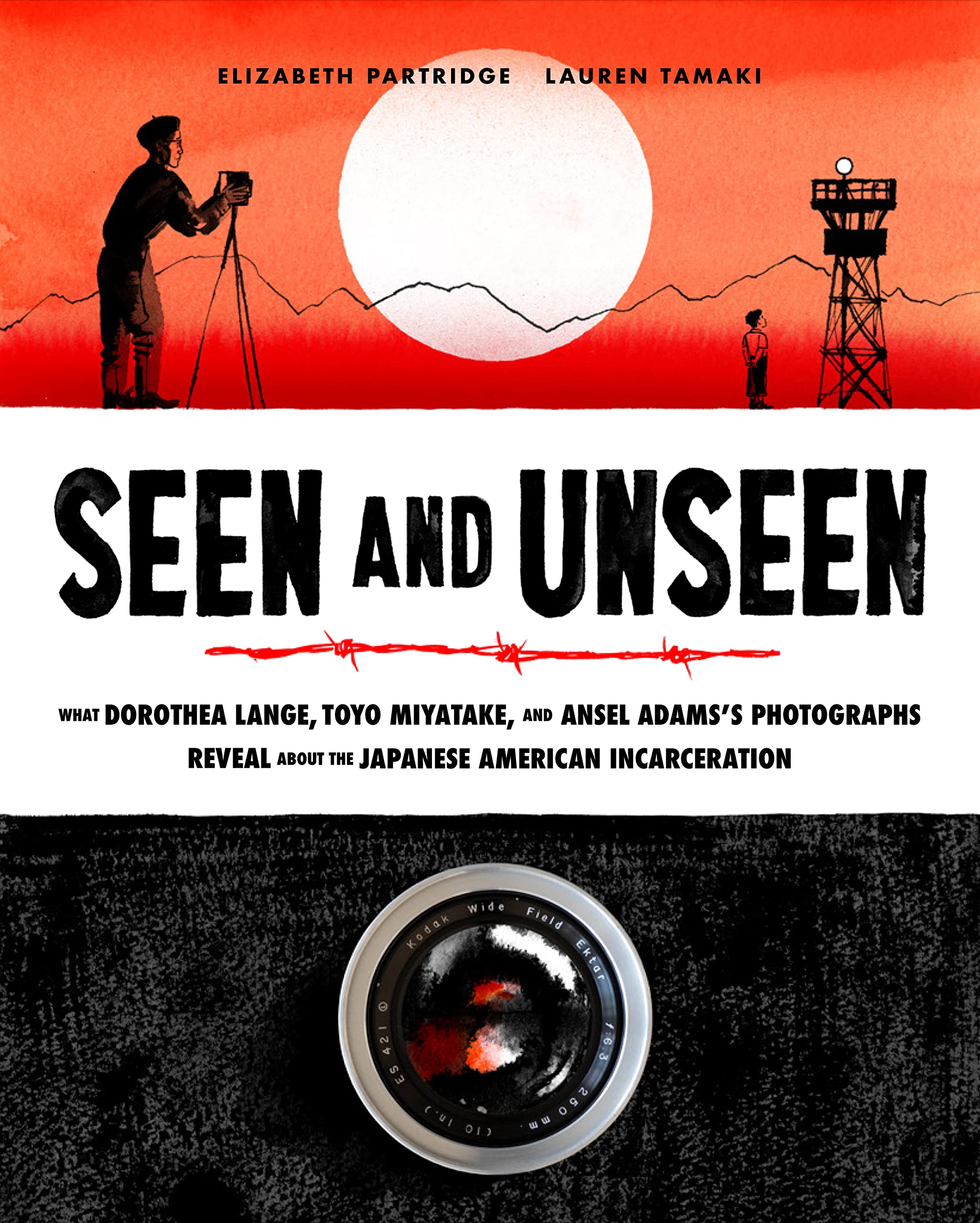 Gain insights into Japanese American incarceration at Manzanar through the lens of three different photographers. Dorothea Lange was sent by the government to document how humane the incarceration was, but her photographs revealed the opposite and were subsequently impounded for decades. Toya Miyatake was incarcerated at Manzanar and built his own camera from smuggled parts. He was able to photograph several forbidden areas of the camp, as well as many candid moments. Famed landscape photographer Ansel Adams did not oppose incarceration and his photographs paint a rosier picture of life at Manzanar. The book presents a fascinating and illuminating introduction to Japanese American internment and these legendary photographers. // Available Oct. 25. Library catalog link here. 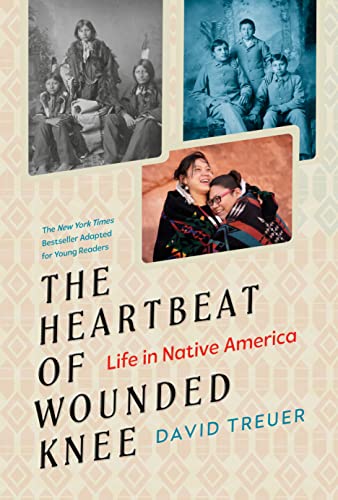 This historic account of Native American chronicles early civilizations that thrived prior to Anglo contact up through today. Along the way, it deconstructs common falsehoods about Native culture and history.  In her adapted version for teens, Sheila Keenan places a particular focus on the many ways Native Americans have continued to preserve their history and culture since the 1890 massacre at Wounded Knee. Based on David Treuer’s award-winning book for adults, this edition offers more background information and context for younger readers. // Available Oct. 18. Library catalog link here. 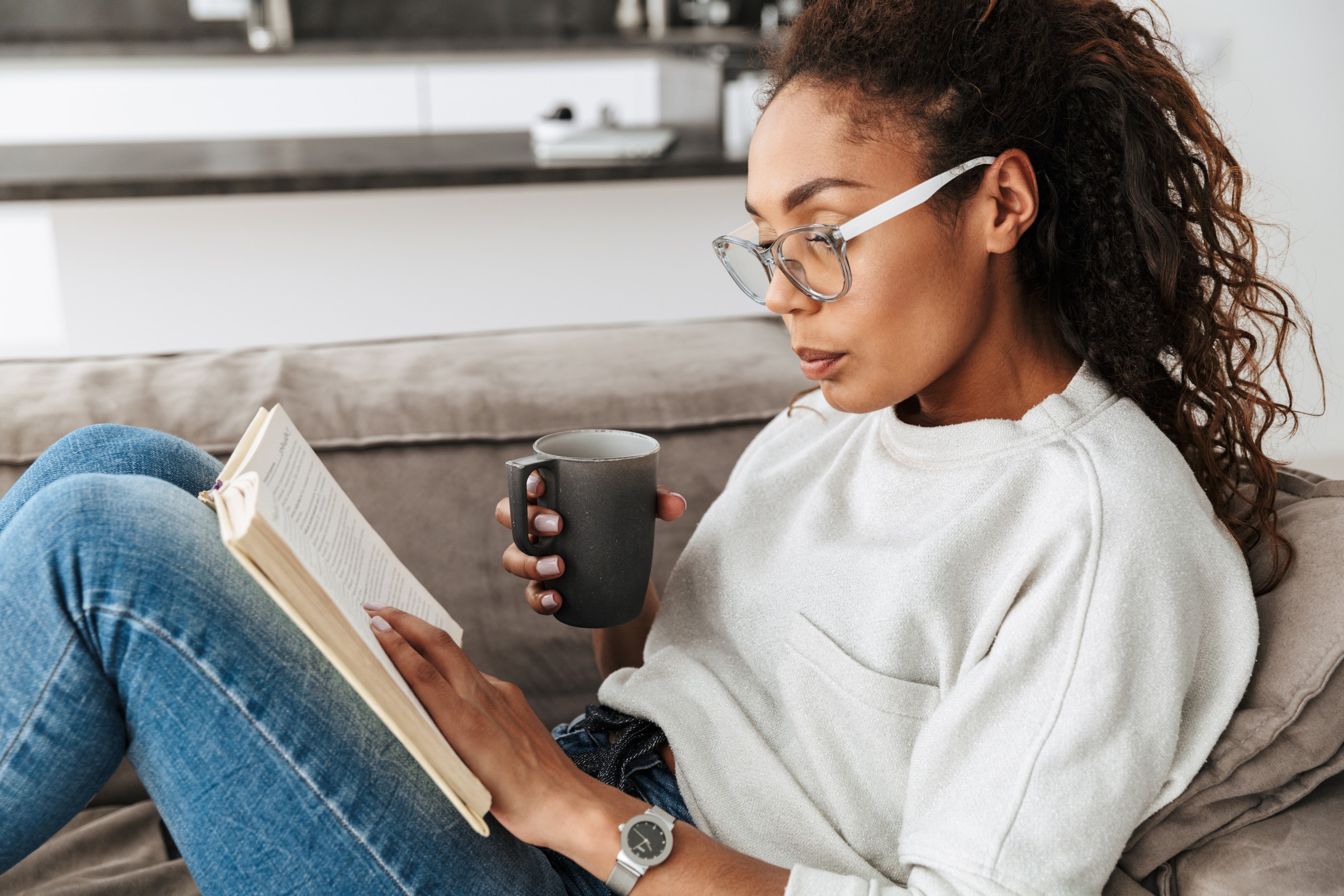 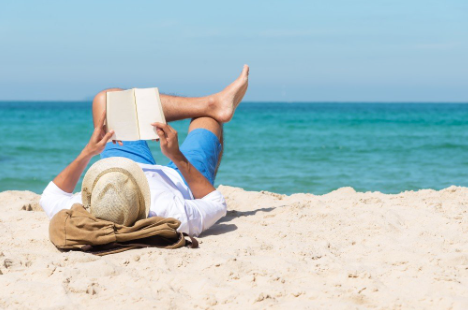