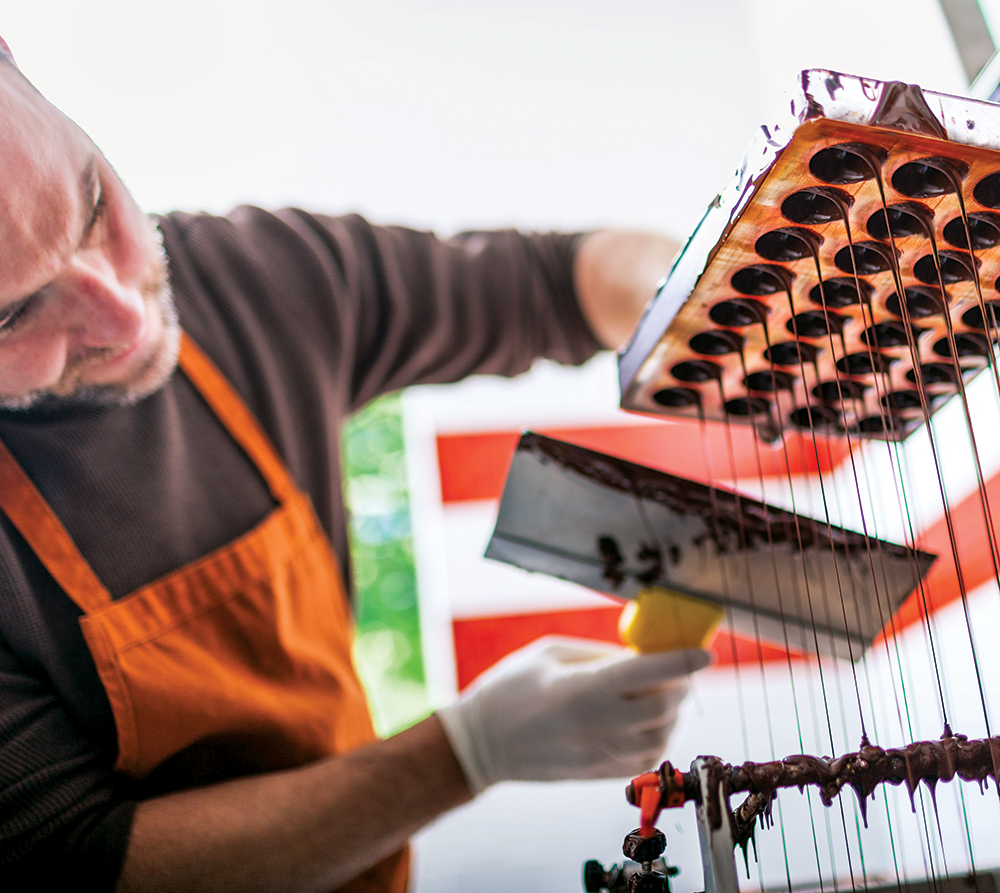 Jason Andelman started out as a pastry guy while studying at the Culinary Institute of America Hyde Park. Happily for all of us, he ended up following his passion for chocolate, opening Artisan Confections in Clarendon in 2006 and then a second storefront in the Mosaic District in 2012, where you’ll find some of the prettiest (and tastiest) Valrhona chocolate bonbons around. His Signature Collection includes decadent flavors such as affogato (dark and white chocolate, espresso, vanilla), cinnamon fig (milk chocolate, fig, shortbread), old-fashioned (dark chocolate, rye whiskey, bitters, orange zest), spiced hazelnut, Earl Grey-lemon and salted-butter caramel. In our case, it took every ounce of willpower we had not to scarf them down like Lucy and Ethel at the conveyor belt.