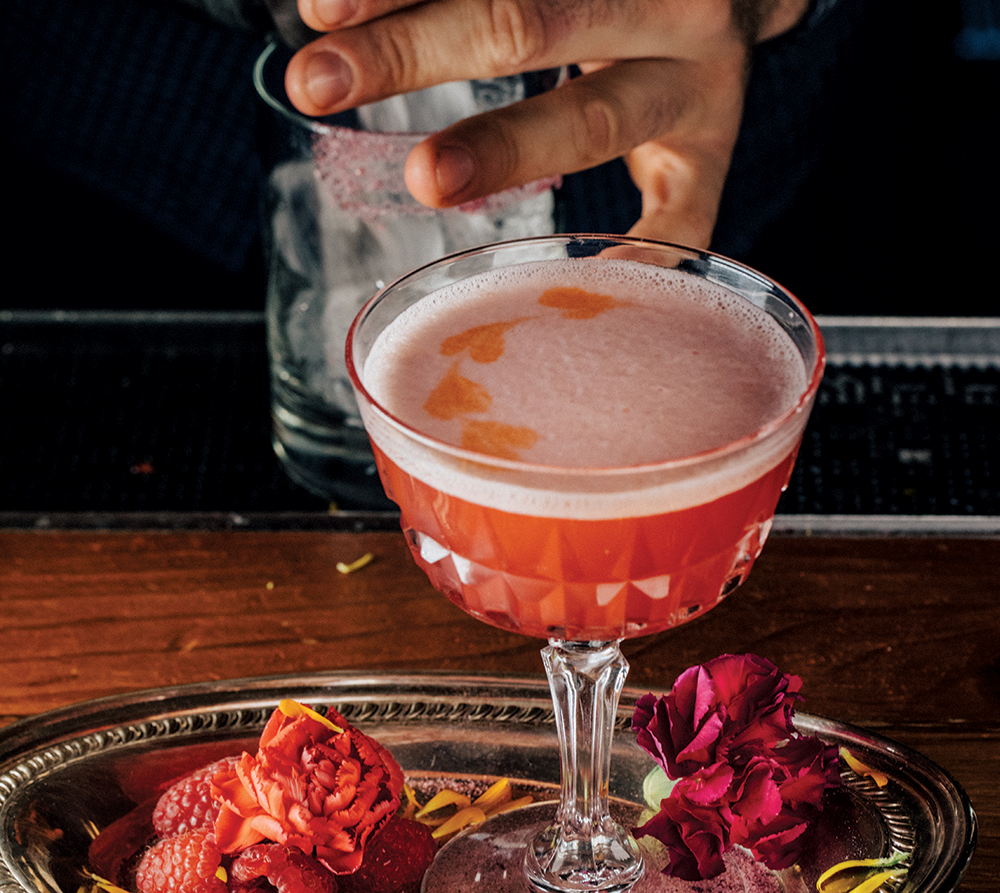 Restaurateur Ivan Iricanin already had a hit on his hands when he opened Ambar in Clarendon. He soon scored another home run with Baba, a subterranean café and cocktail bar that opened in the basement of the same building in February 2017. Baba means “grandmother” in Serbian, and this granny is pretty hip, with libations like the Serbian Sombrero (pink peppercorn-laced tequila, orange liqueur, jalapeño, sour mix), GTF (cucumber-infused gin, elderflower tonic, rose water), Little Water Sour (vodka, pomegranate, lime, egg white) and the Balkan Caviar Martini (apple-flavored rakia, gin, vermouth and a pickle-and caviar-garnish). The artsy speakeasy has a cool mashup of retro and shabby-chic furnishings, and a deejay spinning into the wee hours on Friday and Saturday nights.