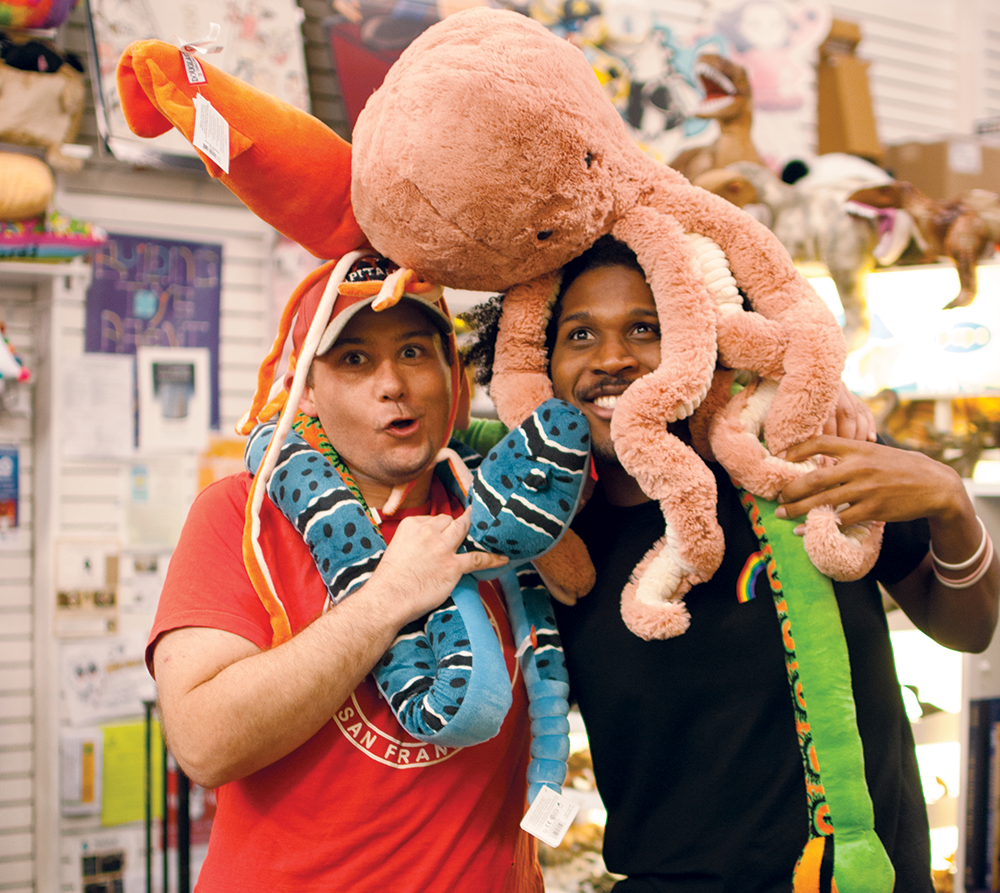 Liz Tromba spends her days buried in plush toys, puzzles, building blocks and games. The store manager of Barstons Child’s Play in the Lee Heights Shops wouldn’t have it any other way, calling herself an “8-year-old trapped in an adult woman’s body.” Barstons opened its first store in Dupont Circle in 1986 and expanded to Arlington in 2009. Now it’s got four locations in the region, including an equally busy outpost in McLean. Customers are sure to find universal favorites (all four shops are Lego “Gold Standard” stores, meaning they carry specialty Lego products and host cool Lego events), but each store’s inventory also reflects the identity of its neighborhood. In Arlington, Tromba says, people are very hands-on, “love to do art projects that aren’t in a box,” and spend time outdoors. Yes, it’s a kids’ paradise, but she thinks grown-ups also benefit from getting in tune with their inner child. “If more adults played, we would be a lot chiller place,” she says. “Everyone needs a good toy.”