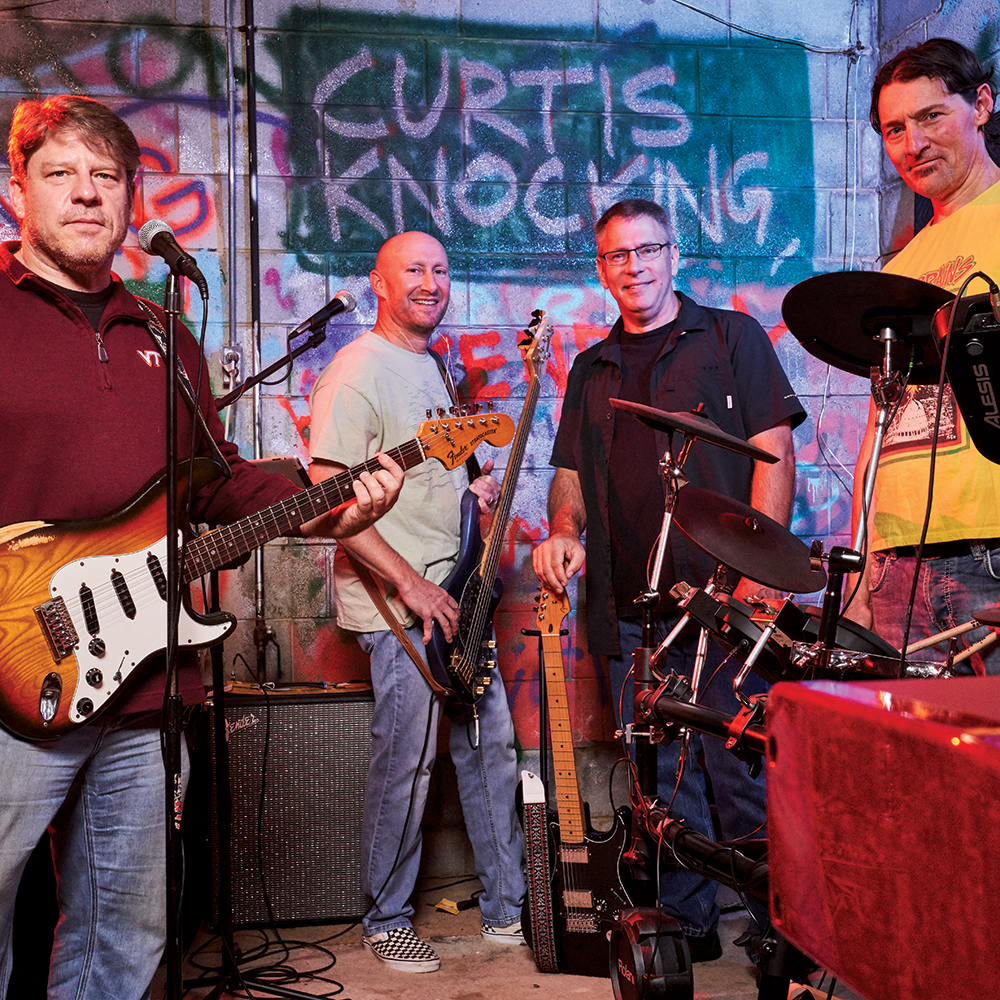 You needn’t score tickets to a Don Henley or Sheila E. concert to catch a drumstick-wielding lead singer—look no further than Dave Signori of Curtis Knocking, a McLean-based cover band. The name is a nod to a Fast Times at Ridgemont High scene, but don’t expect to hear a slew of ’80s pop treasures at their shows; this foursome has a thing for straight-up rock, from the Beatles to Bruce (with a few original tunes in the mix). Find the band—which also sponsors a McLean Little League team each year—blazing through “Blister in the Sun” or “Me and Bobby McGee” at Ragtime, Cowboy Cafe or another rollicking bar scene near you. –Eliza Berkon

Surfin’ Satan and the Beach Demons