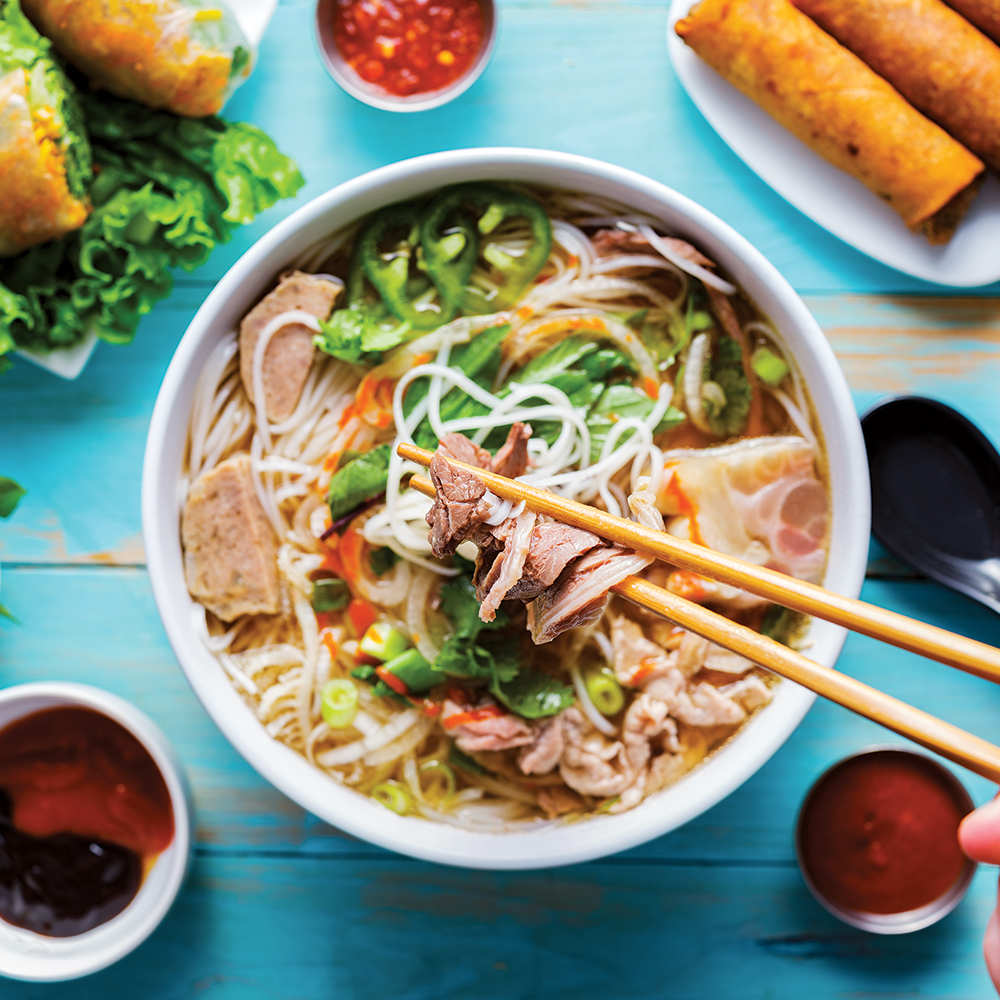 Pho 75 manager Chi Ngo believes a steaming-hot bowl of pho—the traditional Vietnamese soup made with broth, rice noodles, herbs and usually beef—is a perfect elixir when it’s cold and rainy out. He’s not the only one. On a recent dreary day, the line at this no-frills Rosslyn eatery wrapped around the sidewalk. “We were packed from 10 in the morning to 8 at night,” he says. A local institution, the humble kitchen has been serving up pho by the gallons from the same location since 1985, making it one of the oldest of its kind in the area. “I have regulars who ate here in college and are now married with kids,” Ngo says. “We try to do the same thing consistently, very good, every single day.”