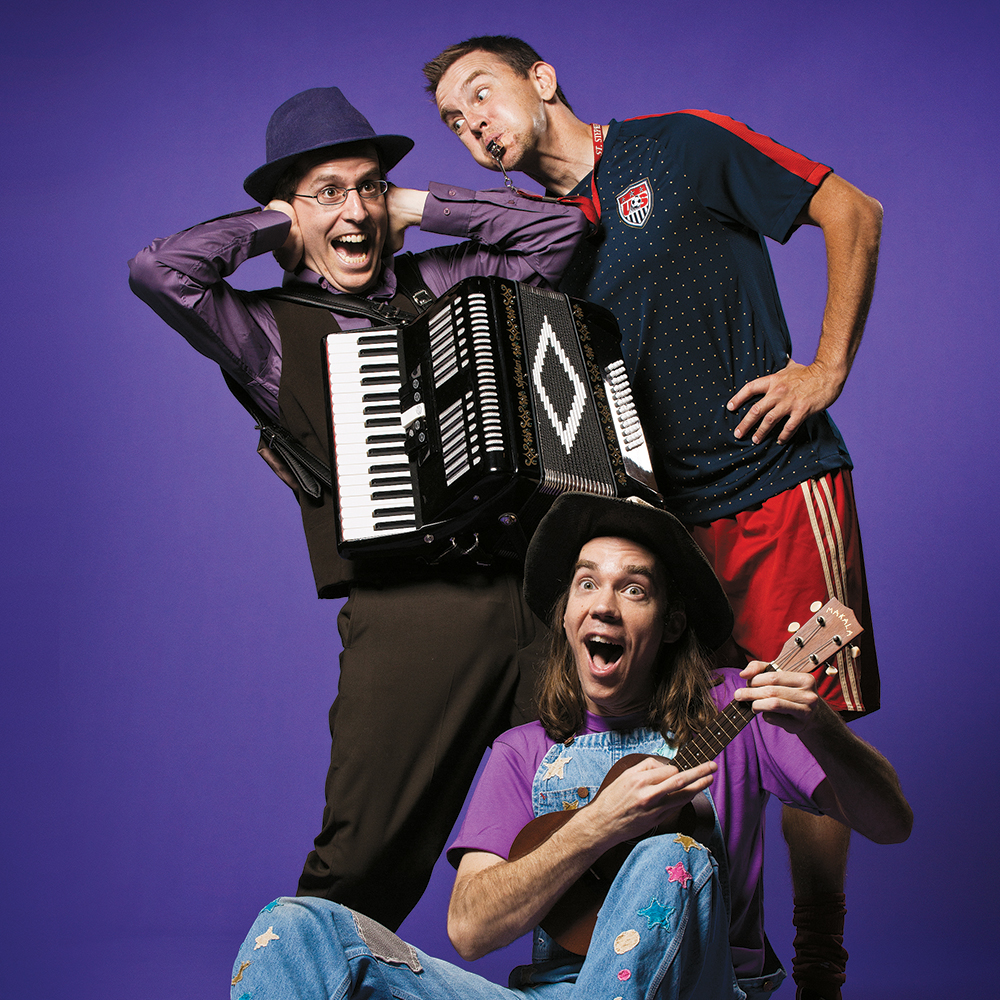 Their catalog includes tunes such as “Harry Elefante,” “No Bananas on the Boat” and “Nappin’ Time.” But don’t underestimate the intensity or wisdom of this children’s rock trio. They’ve released six eminently listenable music albums (e.g., Dark Side of the Moon Bounce), seven episodes of the educational “Podnoceros” podcast, and they perform several times a month at venues throughout the area. Since 2005, the three longtime friends, who perform using the stage names Boogie Woogie Bennie, Williebob and Coach Cotton, have fused their talent and wit to produce quality music, earning nine Wammies (D.C.’s local version of the Grammys) along the way. –Eliza Berkon