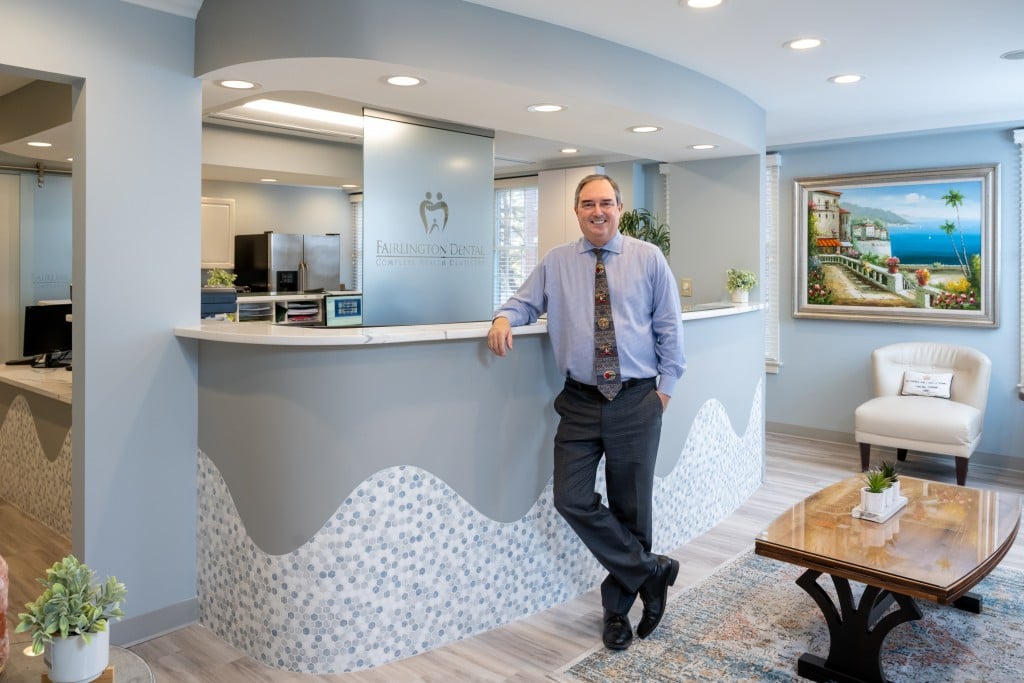 Dr. Michael Rogers, a native of Southern California, graduated with honors from Harvard and then attended dental school at UCLA. He completed a residency at the Sepulveda Veteran’s Hospital with training in plastic surgery, anesthesiology, emergency medicine and oral surgery.

In private practice in Northern Virginia for 31 years now, his interest in dentistry developed at an early age. Due to childhood illnesses, his permanent teeth never developed a normal hard enamel coating. When he took antibiotics, they were stained brown. He had many primary teeth extracted, and his permanent teeth were prone to cavities that required fillings. The next step was braces, which had a positive side effect: For the first time, Rogers could smile like everyone else because the braces hid the brown color.

Many young people would try to forget dentistry ordeals, but Rogers decided he wanted to be an orthodontist. In dental school, however, he found all aspects of dentistry interesting and pursued general dentistry with an emphasis on combining dentistry and medicine. Today, he strives to have the leading practice with that dual expertise for a complete health approach, and the practice is mercury safe as well.

An active participant in the community, Rogers is a sponsor for Encore Theater, Little League of Alexandria, Abingdon Elementary and the Fairlington Farmer’s Market.

“In private practice in Northern Virginia for 31 years, his interest in dentistry developed at an early age.”