The host of 'Meet the Press' and 'MTP Daily' chats about cornhole, Twitter and facial-hair maintenance.

Photo by William B. Plowman/NBC

You may have seen him analyzing pledged-delegate tallies while scribbling numbers on digital maps in past presidential elections. Or chatting with soccer star and Women’s World Cup champion Megan Rapinoe as host of Meet the Press. Or perhaps walking his two dogs, Ruby and Rusty, on an Arlington sidewalk.

Longtime local Chuck Todd, though born and raised in Miami, is today a bit of a D.C.-area institution. We first sat down with The Hotline alum at the tail-end of 2011, and got a glimpse of his hectic life; at the time, the NBC political director was also chief White House correspondent and host of MSNBC’s The Daily Rundown. Now, nearly eight years later, Todd holds one of the most coveted jobs in journalism, having succeeded David Gregory and the late Tim Russert as host of Meet the Press. He also leads the weeknight news roundup show MTP Daily, has two political books under his belt and, as one truly must these days, has a podcast.

So what is this 47-year-old journalist known for his goatee (which is now a full beard, but inspired many a headline over the years) really like? For starters, he has owned a home in Arlington since 2001, is married to political strategist Kristian Denny Todd and has two adolescent children. But what is he into, how does he manage to navigate the chaotic world of political news coverage and what’s his favorite spot to grab a slice in Arlington? These are our burning questions.

Lucky for us, Todd recently made himself available to answer them. Here’s what we were able to ascertain in a roughly 10-minute phone call with the affable journalist, who didn’t seem to mind switching places to become the interviewee.

Your average commute time: About 20-25 minutes from where I live to NBC Studios. It’s 4 miles. When I commute to work on Sunday mornings and nobody’s on the road, I can get there in eight minutes.

Current pick-up truck: Black Sierra. I don’t love this one; I miss my old pickup. It was an Avalanche.

Sleep logged on a typical night: Five is a good night.

Fan of sound machines? Yes, they’re huge in our house. My wife read something about it early on with our kids. They are super addicted to having the sound machine. I had no idea how much of a proponent I was until I sleep in places without one. I know I’ve overslept when I hear the first planes getting ready to land at National [Airport]; I know it’s at least 5:30 and I’ve slept too long.

You studied French horn in college. Still play? I have pulled it out a few times at request. The “NBC Chimes” are rather easy to do, just G-E-C, a perfect sixth. When I was studying music, they would teach you how to learn music intervals—”Here Comes the Bride” [breaks into a song] is a fourth; the “NBC Chimes” are a sixth. I was taught that as a teenager. Who knew that I would come back and the “NBC Chimes” would be in my head over and over again for the rest of my life?

You’ve taken your fair share of flak lately on social media, from criticism of your performance as  a Democratic debate moderator to your response to the Robert Mueller hearings. How do you insulate yourself? Twitter isn’t the real world. It’s easy for me to say it; it’s not easy to live with. It’s not a lot of fun, [but] I feel worse for my kids than I do me. I know if you’re not getting criticized, you’re not doing your job correctly in journalism. If you’re reporting or saying stuff on TV just to get positive feedback on Twitter, then you’re likely not doing a good job. Social media is all about sentimentality. If you’re worried about the sentiment of what you’re doing, you’re just not going to tell the full story. You’re going to pull a punch, and that’s my concern about too many journalists and social media—that they’re going to allow the bullies to condition them from doing their jobs correctly.

Did you ever consider continuing your career in sports journalism? I started a publication in 1994 called the Sports Business Daily. At the time, it was basically the first-ever newsletter that was daily in the sports business world that focused on that stuff. I left it because I realized I love enjoying [sports], and making it work took away from the enjoyment. I missed being a fan—where in politics, I didn’t like being passive.

Arlington or D.C. for date night? We’re more likely to do Arlington than D.C. now, and I say that not to suck up. There’s more new restaurants in Arlington that we’re curious about.

IPA or hefeweizen? I am off beer completely. We are totally beer-free in my house. 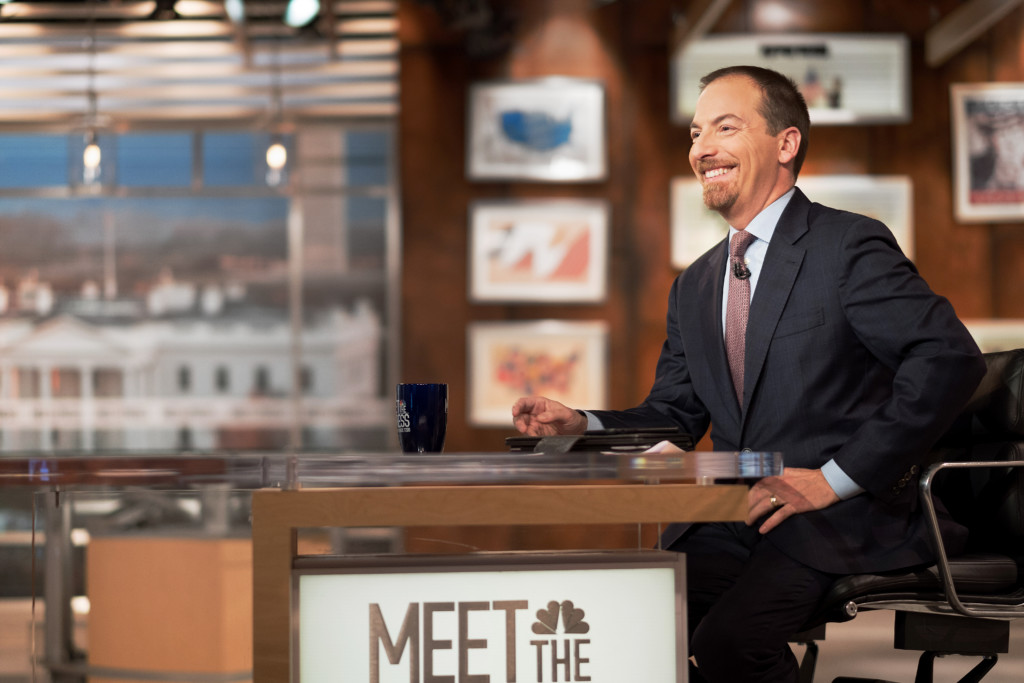 You’re a Packers fan because of your dad. Have you passed along the same fandom to your kids? When I grew up in Miami, [it] only had one professional sports team: the Dolphins. We didn’t have baseball, we didn’t have the NBA, we didn’t have hockey. I would have killed as a kid to live in a town that had baseball and basketball as well as football. And my son and daughter have that; the only local team I don’t let them root for is the Redskins. When you’re a fan of the Packers, you’re a fan of everything that is good in America. They’re owned by the fans—they’re everything that sports fandom should be.

Workout routine: Six days a week, about 45 minutes, always in the morning: interval training, running and then a series of sit-ups, push-ups and squats

Latte or nitro brew? I’m black coffee all the way, just give me it undiluted.

Mentors early in your journalism career: On politics, it was Doug Bailey, who founded The Hotline. And my cousin Bob [Balkin], who has worked in this business; he was like a big brother to me. Here at NBC, I’d say Tim [Russert]. There’s a whole bunch of people I miss having as colleagues and sounding boards. Gwen Ifill was somebody I miss, who provided advice; she did this transition before I did, going from print to TV. It’s people like that, who straddled the different mediums.

If you hosted a non-news-related show, it would be: Hurricane Hotline, which is a show that already exists on University of Miami football

Best backstage snacks at NBC? Our lox on Sunday morning in the Meet the Press greenroom

Facial-hair philosophy: Unfortunately, I can’t let it [grow much]. The minute I know I don’t have to take care of it, I let it go. It’s work-driven.

This post has been updated to reflect that Todd followed David Gregory as host of Meet the Press.