In high school, Michael Wardian ran and won his first race: a 5K turkey trot that scored him a free lunch. A few decades and more than a few races (400-plus) later, he’s now the victor of the Marine Corps Marathon’s inaugural 50K, handily finishing in 3:11:52.

Wardian, an epic long-distance runner by any reasonable standard, recently met me on a gray afternoon at Virginia Square’s Detour Coffee. Despite the sheets of rain outside, he arrived by bike, sporting a green DC Bocce T-shirt (he just joined the league) and his signature center-parted ponytail. The native West Virginian who moved to Oakton in grade school and now calls Arlington Forest home had a lot to say about running. A whole lot.

A ship broker by day, Wardian spends a large chunk of his free time on the track and treadmill. And when he’s not there, you might find him on the C&O Canal, the frigid terrain of Antarctica or the Gobi Desert.

“This is something that I excel at, and I really enjoy,” says Wardian, a 45-year-old vegetarian and father of two. “And I’m still not done evolving with it and seeing where it’s going to take me.”

While he did snag that one Thanksgiving-themed running victory back in high school, it wasn’t until a serendipitous visit home from college that Wardian considered running a marathon. It was 1994, and he and his friend from Michigan State University were chatting with his friend’s mom, who had just run the Boston Marathon.

“That’s actually a moment that changed my life,” recalls Wardian, who played college lacrosse at the time. “It was the first time I ever met somebody that was just a regular person that had run a marathon.”

Wardian borrowed her training program and followed it to the letter. It soon dawned on him that he had to qualify for the Boston Marathon with results from another race. So, naturally, he signed up for the 1996 Marine Corps Marathon, bypassing the spate of 5Ks, 10Ks and half-marathons other newbies might have used to break in their sneakers.

Now a champion many times over, he has participated in more than 250 marathons and another 150 ultramarathons. His longest distance thus far is a 400K (nearly 250 miles) through the Gobi Desert that was self-navigated and took him four days.

Next year, he hopes to run across the continental United States, but don’t compare him to Forrest Gump; he says he’s heard that one a few too many times. In our 10-minute speed round of interview questions, Wardian was a good sport, exceeding expectations by clocking in at nine minutes, 33 seconds.

Go-to pre, during and post-run foods: Pre-run: Most runs, I don’t eat. During: If it’s a training run, I don’t. If it’s a race, energy gel every 4 miles. If it’s longer than a marathon, I’ll take in more liquid calories. Longer than that, I’ll take in whatever I can stomach, like Coke, ginger ale, slurpees, avocado and salt. Post-run: Almond butter and honey on fresh bread, oatmeal with baby food, like pureed bananas, pears and then I’ll mix in raisins and fresh berries. 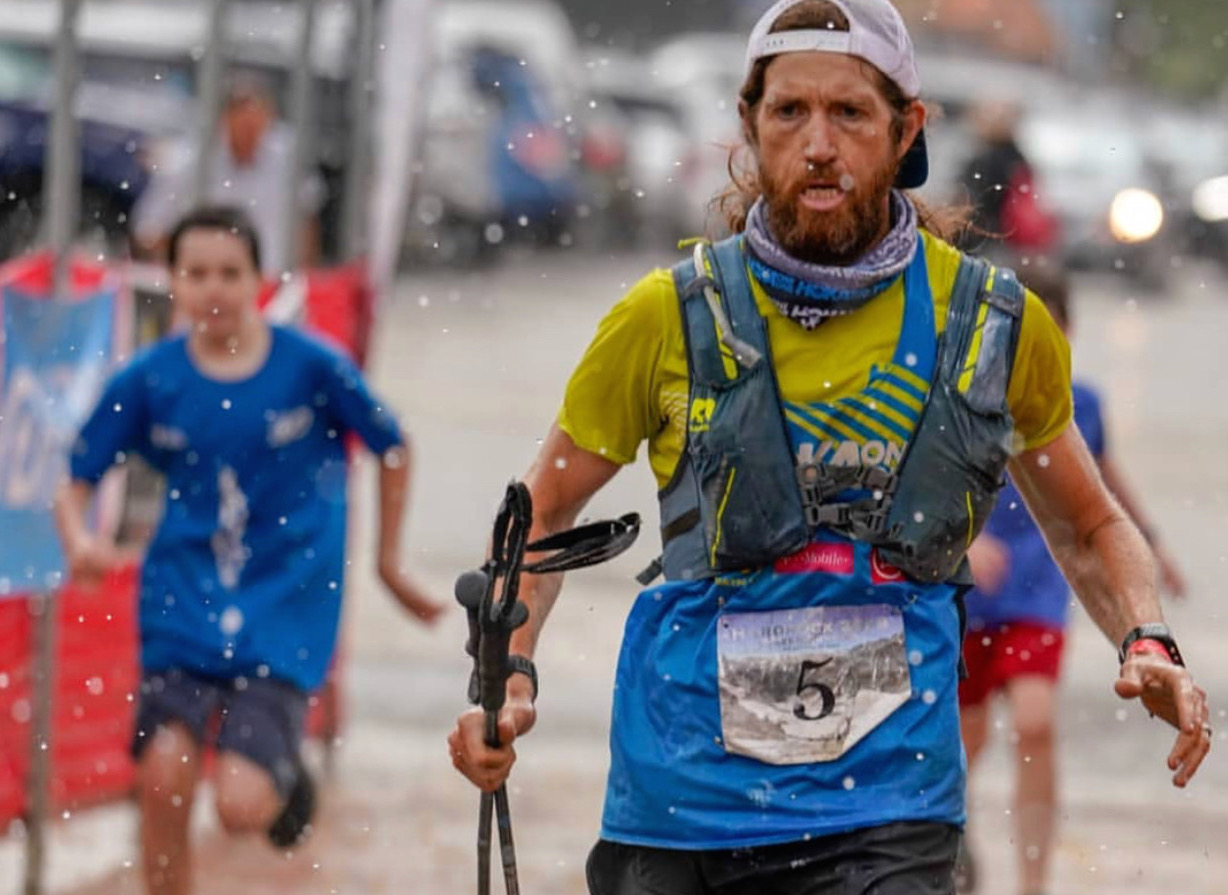 How you get R&R between runs: Outdoor cycling.

OK, so seven marathons in seven continents in seven days—how many people told you there was no way? Me! When they told me about it at first, I was like, “That’s not possible. You can’t do that.” The race director told me about it in 2014 when I was doing his race at the North Pole. He’s like, “I can do it; I’ll show you how.” I’ve done it twice now, 2017 and 2019.

Let’s talk wardrobe changes; you couldn’t have been wearing tank tops in Antarctica. I basically wore the same kit almost everywhere, but in Antarctica I had a wind suit on top of it and pants that were windproof and big lobster gloves.

What’s one of the hardest moments you’ve faced in a race: Being chafed and hypothermic at the Spartathlon, a 150-mile race in Greece.

Is it true your toenails fall off during a long run? Yes, I have barely any; I really wish I didn’t have toenails. I actually have friends who have had them surgically removed.

Do you ever tire of running questions? No. 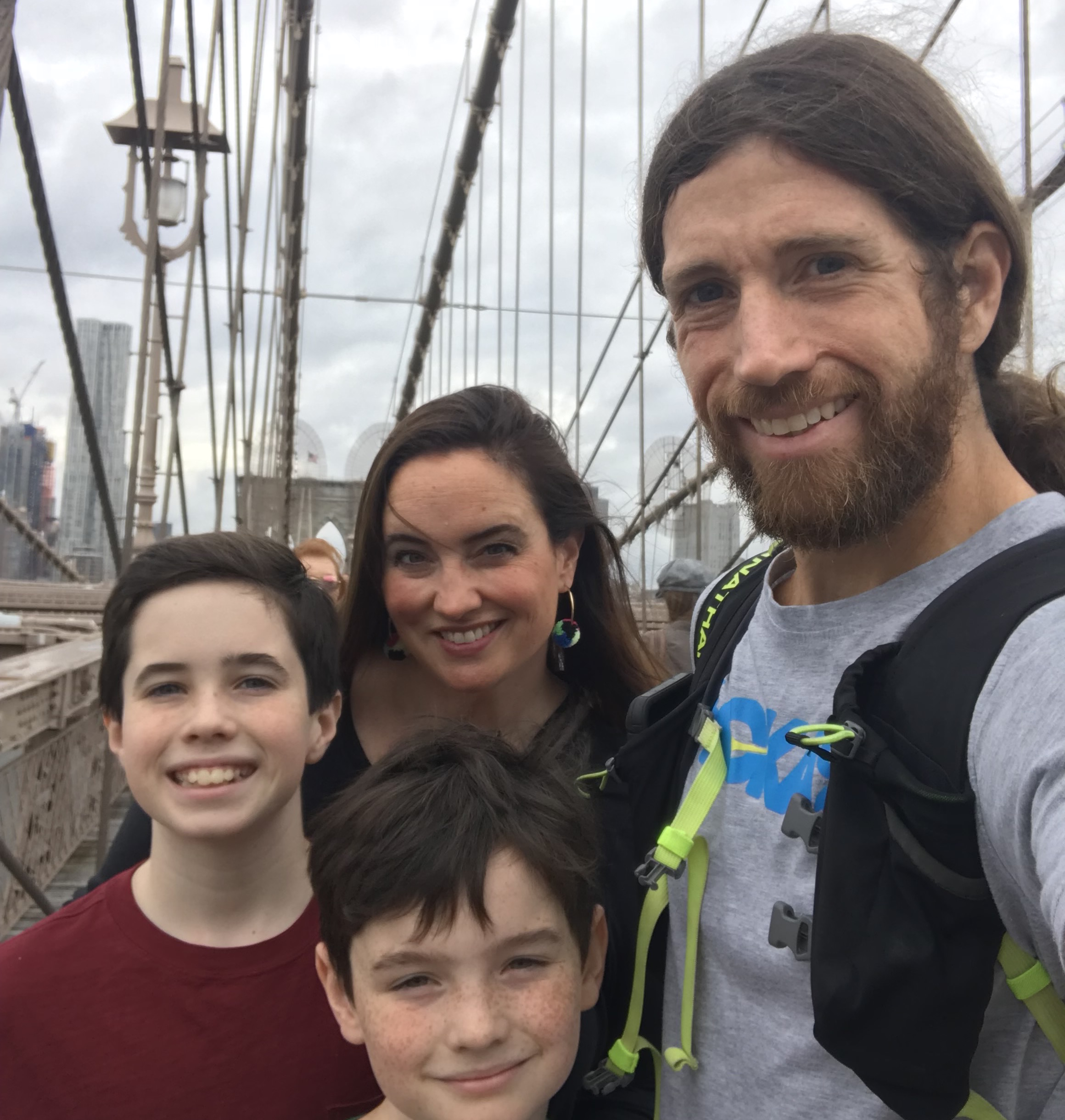 Wardian with wife, Jennifer, and sons Pierce and Grant.

Best local place to take your kids: Potomac Heritage Trail (they run too).

How are you at figure skating? Terrible.

Other sports you participate in: Strength-training, chess, DC Bocce League.

Earbuds or just the open air during a run: Usually listening to something, fantasy-football podcasts. I’m in eight leagues, because I don’t do anything [unless] it’s extreme.

At what age are you throwing in the towel? Hopefully never.

This interview has been edited for length and clarity. 10 Minutes is a monthly series of micro-chats with local folks you should know. Got a suggestion of someone we should cover? Email jenny.sullivan@arlingtonmagazine.com.