A snapshot of what's new and what's coming to The Little City. 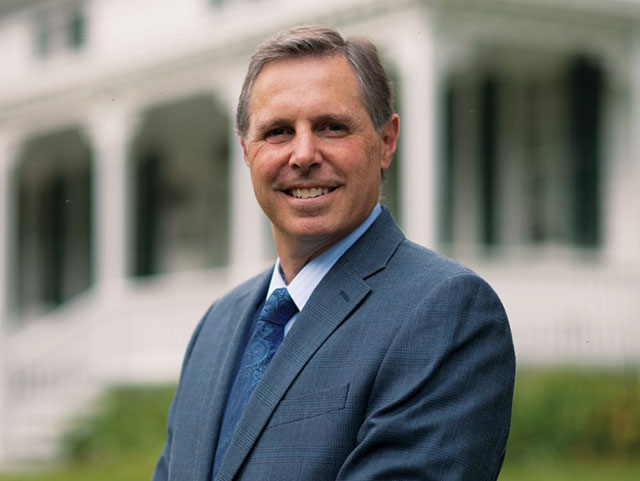 A resident of Falls Church City since 2003, Tarter was first elected mayor by the city council in 2014 and has been re-elected twice, most recently in January 2018 by unanimous vote. He is also a commercial real estate attorney with a practice based in Arlington. This interview, conducted over two sessions in April and August 2019, was edited for clarity. On November 5, Tarter was re-elected to the Falls Church City Council. The newly seated council will nominate and elect its next mayor and vice mayor in January.

What are the biggest challenges facing The Little City?

Falls Church is a bit of a time capsule. We need to move into the modern era with more walkability, bikeability and vibrancy, and strengthen our downtown and commercial corridors. We’re starting to see the fruits of that labor with the arrival of Harris Teeter, Aldi and Target. An [eight]-screen movie theater is now under construction.

How is Falls Church dealing with its rising school population?

Education is the cornerstone of our community. We’ve been undergoing a major capital improvements program to enlarge and renovate our schools. We’re building a brand-new high school, which will accommodate current George Mason High School students, plus at least 350 more, to the tune of about $120 million, which is more than our annual budget in one year.

The challenge is figuring out how to swallow that pill without impacting taxes too much. Having commercial and economic development is key. That’s why Little City Commons, which was approved by our city council in July, is so important. We are going to put the high school on a smaller footprint, freeing up about 10 acres for development close to the West Falls Church Metro. That will include [a] hotel, office space, multifamily residential, senior housing and retail.

How will this development help offset the cost of the new school?

We’ve done a ground lease, which means that instead of getting the ground payments every year for the next 99 years, we are getting all the rent payments upfront. That will help. Even more so, the hotel, office spaces and retail will generate tax revenue that should go a long way toward paying off the school.

What’s the timeline for the new school?

It’s already under construction. The best-case scenario is that it will be completed by December 2020, which is pretty quick.

Are you in support of Amazon’s move to the region?

Absolutely. Our area has been very heavily dependent on government. Amazon is going to open up new avenues for jobs and development. I think it will attract other technology businesses, too.

Are you concerned about Amazon’s impact on existing problems like housing shortages and population growth?

I think these are manageable [challenges]. We can build more, different and smarter kinds of housing. We’ve been trying to diversify our stock and recently approved small cottages [as a new dwelling type]. We’re also building multifamily buildings with smaller apartments. We do want to make sure we preserve our existing single-family neighborhoods, so the growth will be in our commercial quarters—Broad Street and Washington Street. Having more diverse housing options will allow people to come to our community at a different stage in life, or to stick around longer.

With new development comes the potential for long-standing businesses like Brown’s Hardware to be pushed out. Is the city taking steps to prevent this?

It’s hard. Market forces are at play and there’s only so much we can do. We want to preserve [older] businesses, but if someone is not making a profit it’s hard to make that work. Brown’s is in a section of town that is planned to essentially stay as it is. It’s an institution and we don’t want it to go anywhere. There’s actually a proposal to name a close-by pocket park “Mr. Brown’s Park” after the past owner [who died last year]. Anthony’s [a family-owned restaurant a few blocks west on Broad Street] ended up moving to Fairfax County. It was very sad for a lot of us, but we have a Harris Teeter there now, which is great for our tax revenue. We are doing what we can to keep older businesses here but it’s not always possible.

Do you foresee public transit playing a greater role in Falls Church City?

Getting people out of cars is a big thing. Mass transit is going to play a huge part in our development and economic success. We want to tie everything into our Metro stations. Bikeshares will be coming out of them and into our community. We are going to improve walkability with more sidewalks, connections and crosswalks.

Falls Church is small enough [the city is just over 2 square miles] that you literally can walk to all of our schools, our library and community center. It’s really in a lot of ways like Mayberry. When you go away on vacation, the police will come by your house to check on it. If you want to talk to the superintendent of schools, you can get in and see him lickety-split. If somebody wants to see me, my cellphone number is on my business card. It’s that small-town feeling that you can’t get elsewhere.