This half marathon fundraiser focused on more than fitness. The training included conversations about race. 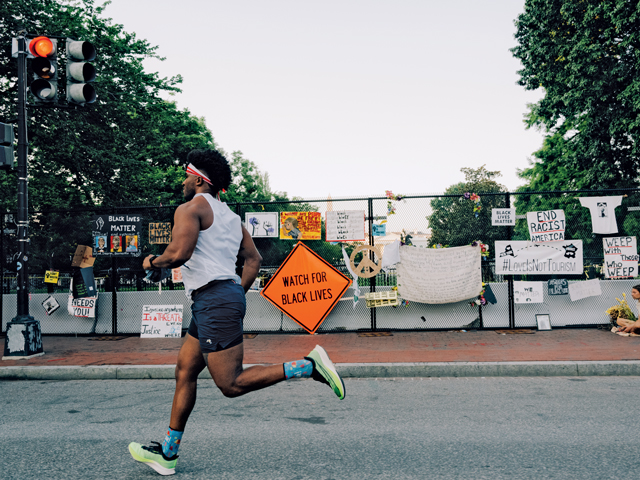 George Floyd’s murder in late May sparked nationwide protests against systemic racism and police brutality. It also gave rise to a fitness initiative called Run Against Racism, in which coaches and members of MADabolic, a fitness studio with franchise locations in Clarendon and D.C., trained for a virtual half marathon and had others pledge money for their total miles run.

During the lead-up to the August race, MADabolic Arlington general manager Eric Bolden and his team led weekly conditioning sessions, along with pre-workout group discussions about racial injustice (topics included redlining and mass incarceration) to get participants thinking about why they were running.

“We wanted to use what we know best—which is health and wellness—to create a vehicle to get people engaged,” Bolden says.

Within three months, the group secured more than $46,000 in pledges from 576 donors—more than doubling its initial fundraising goal of $20,000. In August, 75 runners completed their half marathons. One MADabolic coach, Tricia Thompson, ran 13.1 miles every day of race week, logging more than 90 miles.

Not Just For Kicks
Running Rampant