The veteran political analyst talks women in office, objectivity in an age of tribal politics, and why she moved to Arlington. 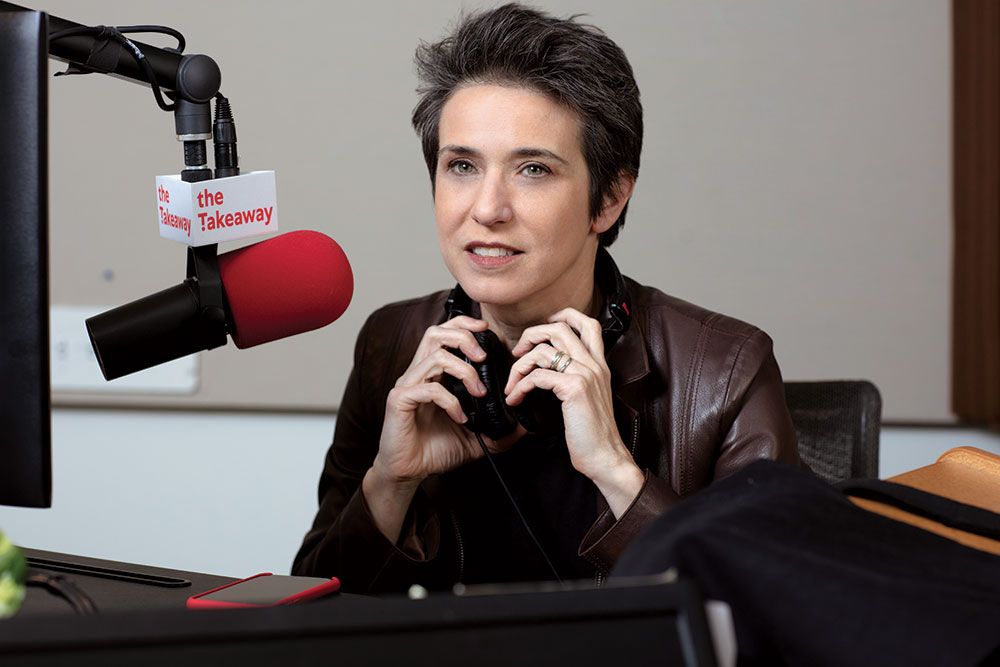 Lives in: Lyon Park with her wife, Kathryn Hamm; their son, Caleb; and their Wheaton terrier, Eli.

Résumé: A political analyst and national editor of The Cook Political Report, Walter is also the host of WNYC’s the Takeaway: Politics with Amy Walter from WNYC and PRI & PRX. She is a regular guest on PBS NewsHour’s “Politics Monday,” which airs live from WETA in Shirlington, and a frequent panelist on NBC’s Meet the Press, CBS’s Face the Nation and Fox News’ Special Report with Brett Baier.

First taste of politics: I ran for secretary—or treasurer, I can’t remember—of my high school in suburban Chicago. The big controversy that year was whether or not to eliminate the valedictorian speech in order to move along the pace of graduation. There were a thousand kids per grade, but eliminating that speech would have removed the student voice from the event.

Aha moment: I came to D.C. to intern for the Women’s Campaign Fund in 1990, the year Ann Richards ran for governor of Texas. I returned the next year after graduating from Colby College. Within two months of my arrival in Washington were the Anita Hill hearings, so working for a group that tried to elect more women became kind of a big deal. Overnight the dynamic changed. Within one year, we nearly doubled the number of women in Congress. We were like, Well, this is easy!

Pressing forward: I met Charlie Cook in 1998. I’d talk to him about candidates in all the various races, and he asked me if I would be interested in covering the House for him. I knew I didn’t want to go into pure partisan politics, so covering it and analyzing it was very much up my alley. Like being an ESPN analyst: You love the game but you know you’re not going to play it, so you want to find another way to participate. I covered the House until 2006; then I was hired to be the editor of [National Journal’s] Hotline when Chuck Todd was tapped to go to NBC. In 2010, I became the political director of ABC. I came back to The Cook Political Report in 2013.

XX factor: We have more women in Congress now than ever before, which is nice—but when I was at the Women’s Campaign Fund, I think folks thought that by now we’d be closer to 50 percent rather than just 127 out of 535 total members. The fact that we have to keep calling it “The Year of the Woman” suggests that we really haven’t gotten that far. When it’s still a big deal that a whole bunch of women are running, then it’s still an anomaly rather than the norm.

Star-spotting: When I was covering the House I got to interview a lot of candidates who were brand-new to politics. One who stood out from the very beginning was Gabby Giffords. She had done all these amazing things before she even turned 40; then she came back to Tucson to help out with her family’s tire business, which was struggling. And she rides motorcycles and she was dating an astronaut! I mean, come on! She’s also incredibly genuine.