Where to get your game on, whether it's the NFL or your favorite college team.

Football season is here, and there are plenty of watering holes in the area offering food and drink specials.  If discounted beer and nachos aren’t enough to get you off the couch, perhaps the promise of camaraderie with other die-hard fans will.  So grab your jersey, find your people and settle in for some gridiron action at one of these local spots. 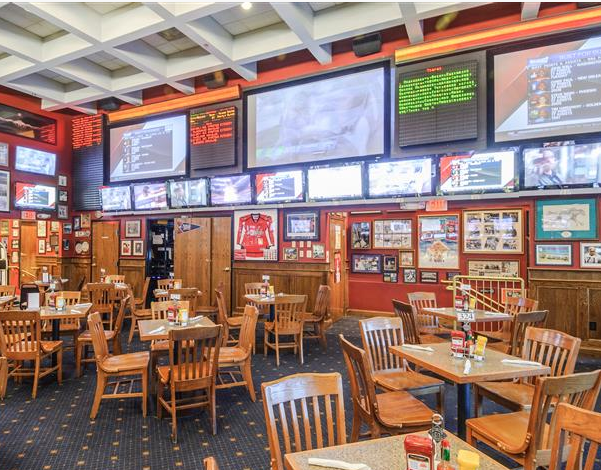 With its projection screen TVs, this pub is a go-to for both NFL and college games, and it hosts multiple alumni associations, from Alabama Crimson Tide to Ohio State Buckeyes. During football season, you can pregame with a $16.99 Sunday brunch from 8:30 a.m. to 2:30 p.m., featuring waffles, omelets, French toast, cereal, fruit, s’mores and more. Redskins home game bus trips ($55 per person) include a tailgate at the pub and round-trip transportation to FedExField. 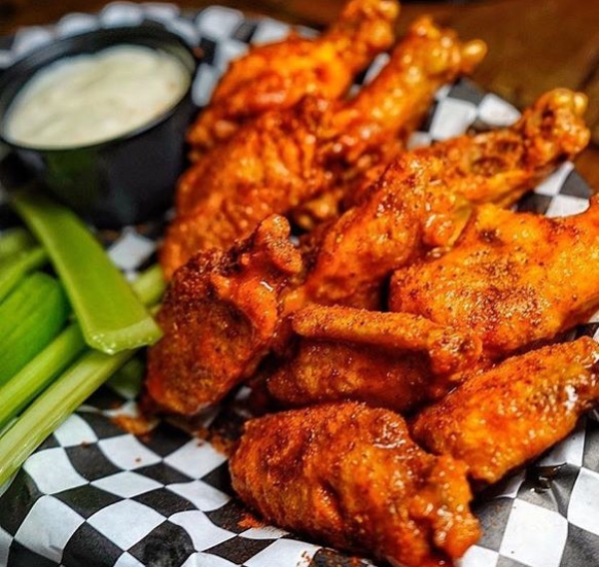 Virginia Tech Hokies and Redskins fans can have their pick of regular or boneless chicken wings in 40 different flavors at this Ballston bar. Even better: Come by on Mondays for 75-cent wing night from 3:30-9 p.m. Football-themed menu items include “on the green” salads, “fowl play” wings and chicken tenders, “touchdown” tacos and “overtime” desserts. First Down shows every game on NFL Sundays and has more than 30 televisions. 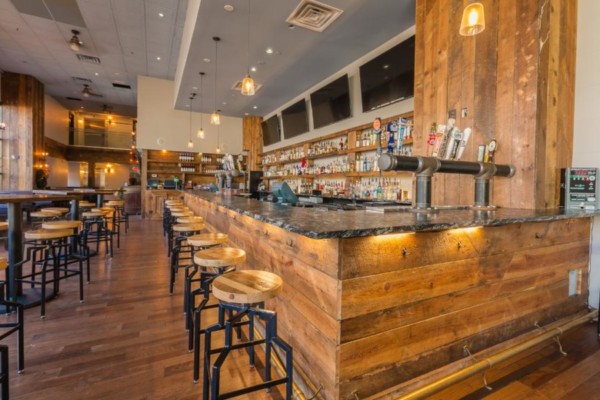 Here, the Game Time menu, available during NFL games, includes$18 Miller Lite or Coors Lite buckets and a dozen different bar snacks, priced between $6 and $11. Like the “Minnesota VikWings” with celery and blue cheese or “Houston Texans” braised beef sliders with horseradish (both $9). 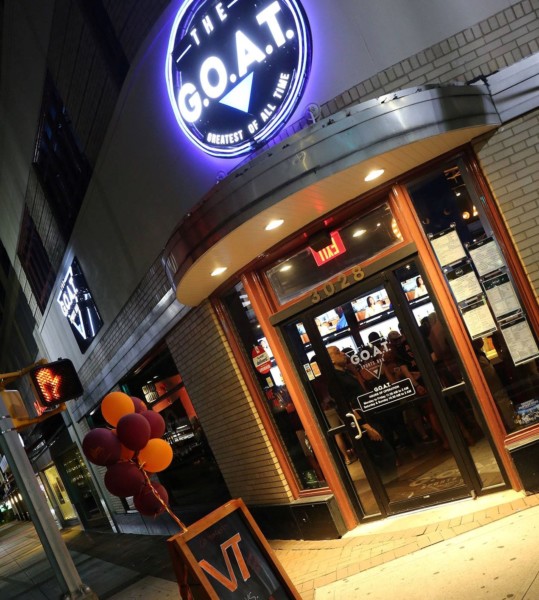 You’ll find both college and NFL games playing on more than 50 HD TVs in this double-decker Clarendon sports bar, and you’ll get an especially warm welcome if you’re a Hokies fan. At half time, grab a beer and play classic arcade games like NFL Blitz 2000 and Skee-ball. Weekday specials include half-price burgers on Mondays, plus all-you-can-eat snow crab legs, steamed spiced shrimp and fries on Thursdays. 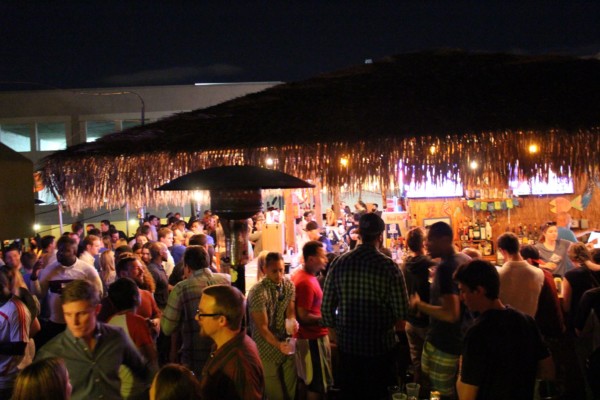 Whitlow’s on Wilson has teamed up with Penn State DC to become an official viewing bar for the Penn State Nittany Lions, with food and drink specials. The football menu—served both indoors and on the rooftop tiki bar—includes 10 for $10 chicken wings; $7 mozzarella sticks; two bacon-cheeseburger sliders for $7; $4 drafts and $12 pitchers. The specials are available during the game and a half hour before and after. 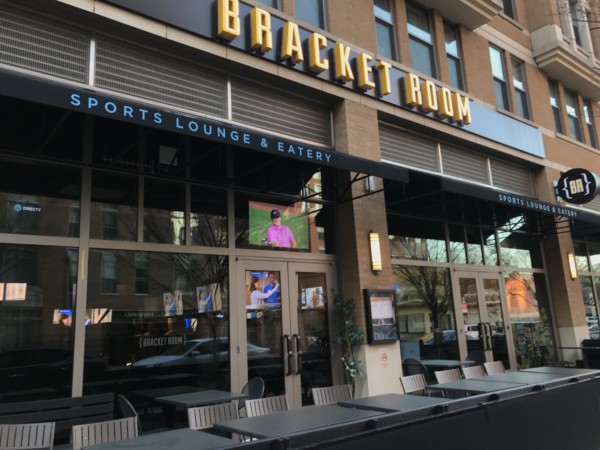 Come for the all-you-can-eat weekend brunch from 10:30 a.m. to 2 p.m., and then make a day of it. Bracket Room shows Redskins, Hokies and University of Virginia Cavaliers games. The upscale sports lounge in Clarendon has 39 infinity-edge televisions, plus a VIP section for fans who want a more intimate game-watching experience, with three private TVs and an iPad to control the settings. After dark, the bar transforms into a lounge with music and video entertainment. 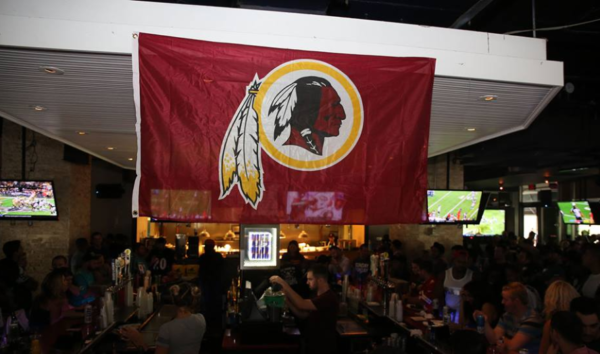 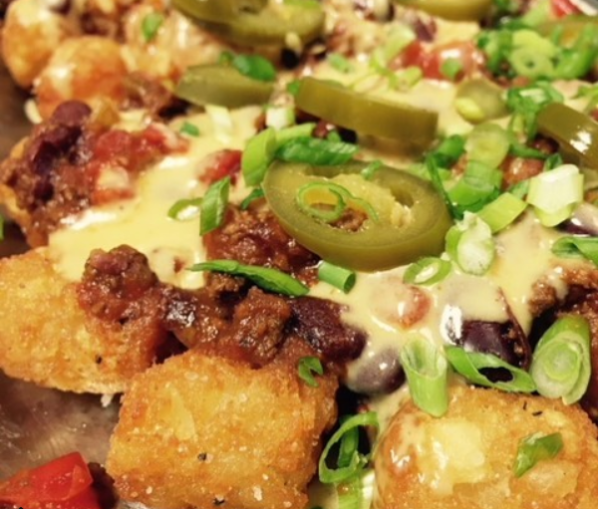 Chow down on “tachos” (crispy tater tots with beer cheese, chili, jalapeños and green onion) while watching NFL and college football games at this go-to tavern in The Little City.  Need a cold one after work? Knock back a couple of $3.50 Miller Lites during the weekday happy hour from 3-7 p.m. and then stay for kick-off. 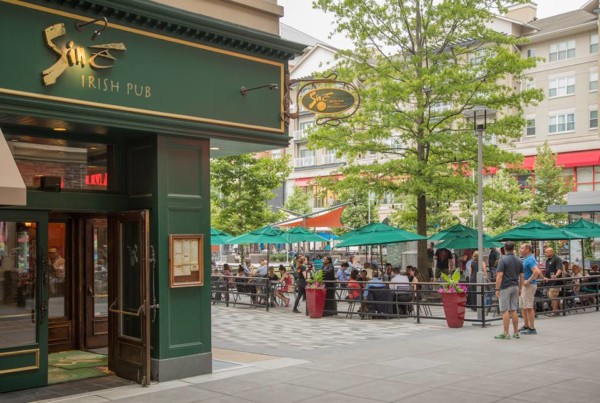 As “home of the Northern Virginia Minnesota Vikings fan club” this Pentagon City Irish bar bleeds purple. On Thursday nights, you’ll find select half-price appetizers.If you really want to show your Viking pride, you can meet up with fellow Minnesota fans at a rally on Nov. 11 from 4-8 p.m., which includes a raffle, corn hole, trivia and a Q&A, autograph signing and fan photo opp with a former Vikings player. 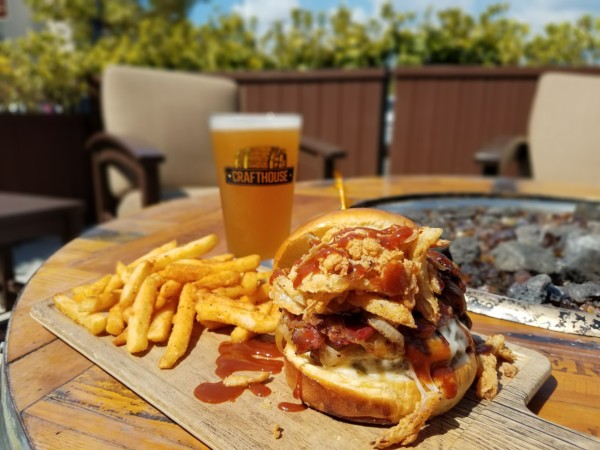 College football is the big draw at this Ballston beer mecca, which sports nearly two dozen TVs. Don your blue and orange to show some extra love for theUniversity of Florida Gators during watch partiesorganized by the DC Gators group. Not in the mood for beer? “Thirsty Thursday” means specials on select bottles of wine. And if your team loses, there’s always whiskey—more than 20 kinds, in fact. 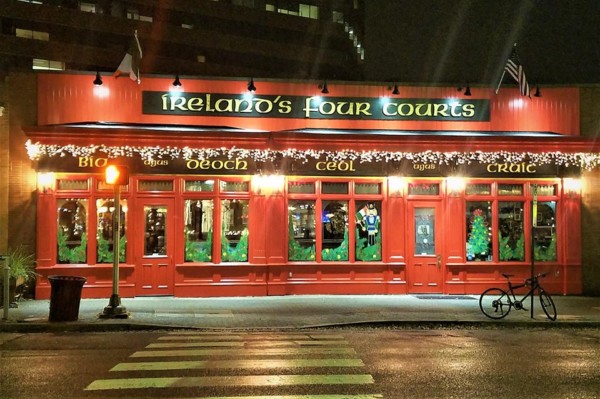 Calling all New England Patriots fans. This Courthouse pub is a proud supporter of the five-time Super Bowl champs. (Don’t worry, Redskins fans, you’re invited, too.) While Four Courts is best as a hub for rowdy football fans (as in English Premier League and European club soccer), it also airs American football (both NFL and college) games, which pair quite nicely with a good pint and some hearty Irish fare.  NFL season brings food and drink specials on game days. 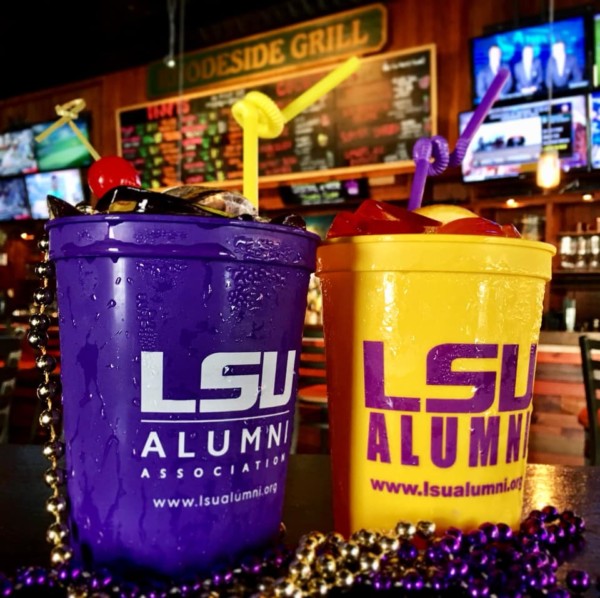 Rhodeside Grill is an official Louisiana State University Tigers and Pittsburgh Steelers bar with watch parties and Sunday NFL kickoff brunches featuring an unlimited omelet and waffle bar until 3 p.m. Want to get your seafood on? “Raw Bar Thursdays” offer oysters on the half shell, snow crab legs, mussel pots and shrimp scampi from 4-10 p.m. 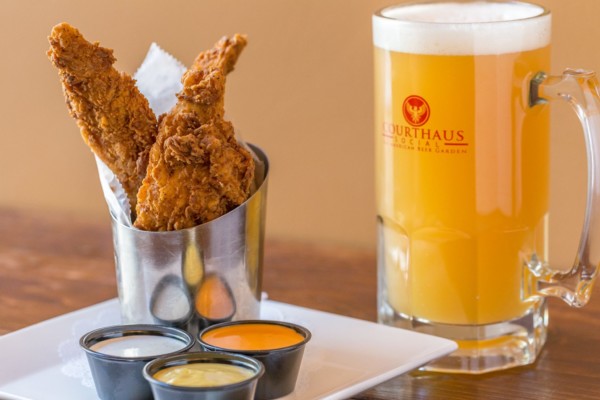 This beer garden (in Courthouse, as the name suggests) offers Sunday NFL game specials on Haus brews, Pacifico beer, wine, mimosas and breakfast shots, as well as half-price boneless wings. Even better: it’s dog friendly, so bring your four-legged fan along to keep you company while you partake and yell at the refs. 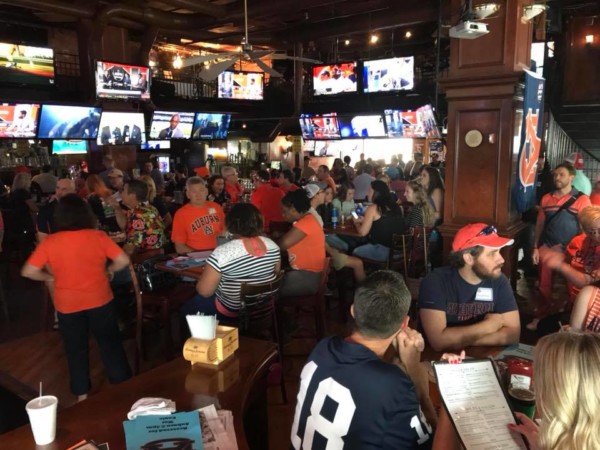 Hope you’re thirsty. Sunday drink specials at Mr. Days include towers, buckets, pitchers, mimosas, crushes and more. And to soak it all up, there’s a weekend brunch that goes from 11 a.m. to 4:30 p.m. If college ball is your thing, you’ll find fans for teams like the Auburn University Tigers crowded in for watch parties.