Want to have a great-looking yard year-round? Here's some advice. 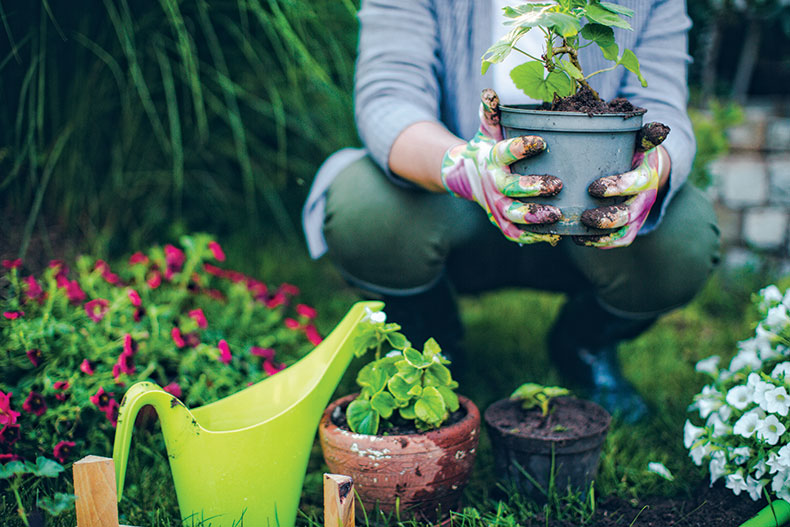 Here are some gardening tips that can help you create an outdoor space that looks interesting in all seasons. (Photo from Getty Images)

It’s easy to love a garden in the spring and summer, when eager shoots poke through the ground, trees bud and blossoms erupt in a riot of color. But then fall arrives, with green draining to brown and leaves losing their silky texture, and then winter—that time of year when we avoid looking out our windows at the sad, bare patches that previously held so much life.

It doesn’t have to be that way. With a little planning and maintenance, it’s possible to create a garden that looks interesting in all seasons, even in the most extreme weather conditions. Start by familiarizing yourself with the soil and microclimate of your yard (our area has several types of both). Brace for some temporary setbacks as wind and water (too much or too little) do their damage. And don’t be afraid to explore types of foliage not shown in gardening catalogs and magazines.

Experts say it’s best to plant in spring or early fall, which gives roots time to take hold before the heat of summer, or before the freeze of winter. That said, there’s no time like the present. Here are some gardening tips to help you get started. 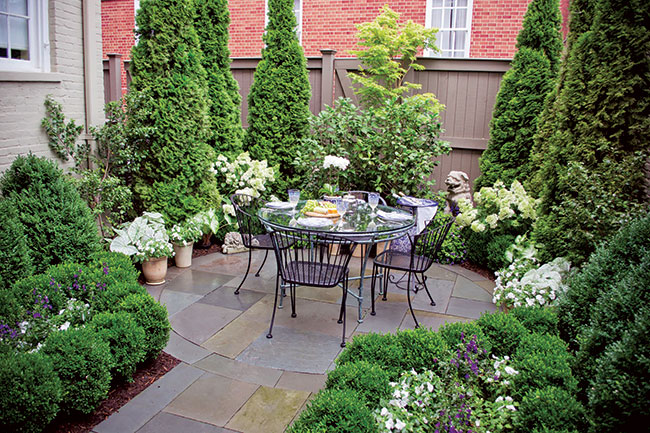 Start with an evergreen border.

These are the “bones” of any garden, but especially a year-round one, says Scott Brinitzer, owner of Scott Brinitzer Design Associates in Arlington. “If you don’t have something to define your garden, you lose it for six months” in the fall and winter, he says. Try boxwoods, yews and laurels; pachysandra, a good ground-cover plant; and, for eye-pleasing shapes, a Japanese maple or columnar arborvitae. Robert Groff, owner of Groff Landscape Design in Fairfax Station, suggests using evergreens to anchor the corners of a house, especially if your home’s exterior cladding lacks the texture and character that stucco or stone provide—an issue that’s especially noticeable in the late fall and winter when there isn’t a lot of foliage to frame the house. Just be sure to trim fast-growing shrubs and trees regularly if you don’t want them to cover your windows. 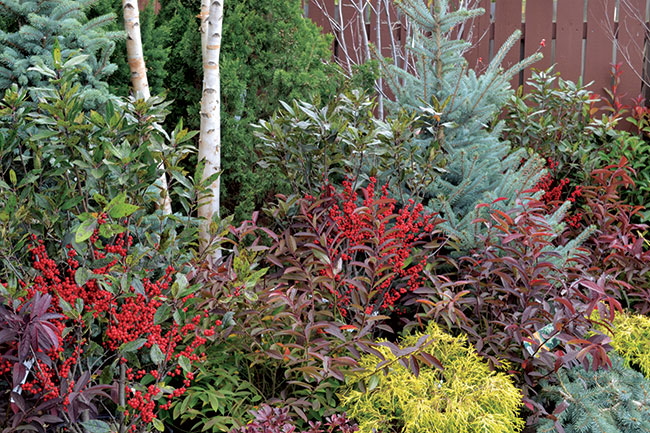 Think color belongs only to the summer? Think again. Winterberry holly gets beautiful red berries that linger through the dead of winter, notes landscape architect J. Mark White, owner of Arlington-based GardenWise. Winter jasmine, a yellow, low-growing shrub that does best on a hillside or atop a wall, typically flowers in February or early March—and sometimes in January if it’s a warm winter. “Henry’s Garnet” sweetspire blooms in mid-spring, with pendulous white flowers around May, burgundy leaves in the fall and burgundy stems in the winter. Camellia varieties, such as sasanquas, bloom from mid-fall to early winter, and japonicas from mid-winter to spring. “They add a bit of color when there’s not much else going on, and they’re quite showy because the flowers are really big,” White says. There are also newer varieties of azaleas, such as Bloom-A-Thon and Encore, that blossom in spring, summer and fall. Another option to add to your palette: trees whose bark draws attention for its color and pattern, such as river birches and crape myrtle. 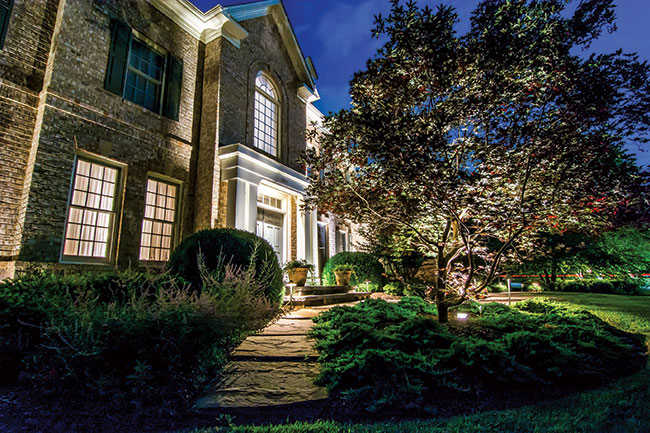 Bring in light to emphasize shape and texture.

For several months out of the year, we commute to and from work in the dark. That doesn’t mean you must resign yourself to a weekend-only view of your garden. Instead, consider ways to illuminate it, both naturally and artificially. Groff suggests installing LED lights in strategic spots to silhouette plants with interesting shapes after dark. Good candidates include trees or shrubs with intricate branching structures, such as the corkscrew-shaped Harry Lauder’s Walking Stick, which still draws attention after its leaves have fallen. “When there’s snow on it, it’s just stunning,” Brinitzer says. Hornbeam trees keep their coppery leaves throughout the winter and can act as a screen between different areas. Look also for shrubs with striking seed heads, such as clethra and Southern magnolia, and ornamental grasses, which provide structure while filtering the sun as they wave gently on a cool fall day.

Create a series of vignettes, or outdoor “rooms.”

It may seem counterintuitive, but grouping plants together is a better antidote to winter’s stark landscape than spreading them out, says Mary Kirk Menefee, a designer with Merrifield Garden Center. In a four-season garden, different areas “light up,” then shut down throughout the year. She suggests choosing one or a few targeted areas as focal points for colder months. “Most winter-interest plants will be more subtle than showy. If you plunk them all over, it calls attention to what’s not going on in the rest of the garden,” she explains. “With a patch of winterberry or heather, if you group it up, that one area is going to look really magical.”

In the summer, flowers and foliage can hide a collapsing shed, a dented gutter or a path with broken flagstones. But in the bareness of fall and winter, everything is on display. So fill in that missing mortar between your bricks and think hard about whether you really want that ornate garden bench that demands upkeep (few people actually use them, Groff says) or that high-maintenance water feature that’s prone to sudden-onset slime. Fix whatever sticks out like an eyesore. Picture unobstructed paths, a neatly trimmed hedge, or even a sparely appointed Japanese garden with decorative stones. “If your design is exquisite, you don’t need a lot going on to create a particular kind of beauty,” Menefee says. Which brings us to…

Don’t slack off on yard maintenance.

If November arrives and you’re silently rejoicing that everything’s dead and you don’t have to weed or water until May or June, hold on a minute. “A lot of times, people just sort of give up,” Menefee says, and their future yard pays the price. If you can muster the will, bundle up and go outside to bag up dead leaves, mulch the flower beds and water when it’s dry, even—especially—in winter. Doing so keeps evergreens healthy and increases the chances that perennials will be fuller when they finally do pop back up. “We turn the water off on certain dates and turn the water on certain dates, and nature doesn’t care about those dates,” she says. So if we’re blessed with a freak 70-degree day in February, use that time to work in the garden. Come spring, you’ll be glad you did.

After 16 years of limited success gardening in Portland, Oregon, Lisa Lednicer has finally managed to make something grow outside her Arlington home—an herb garden.