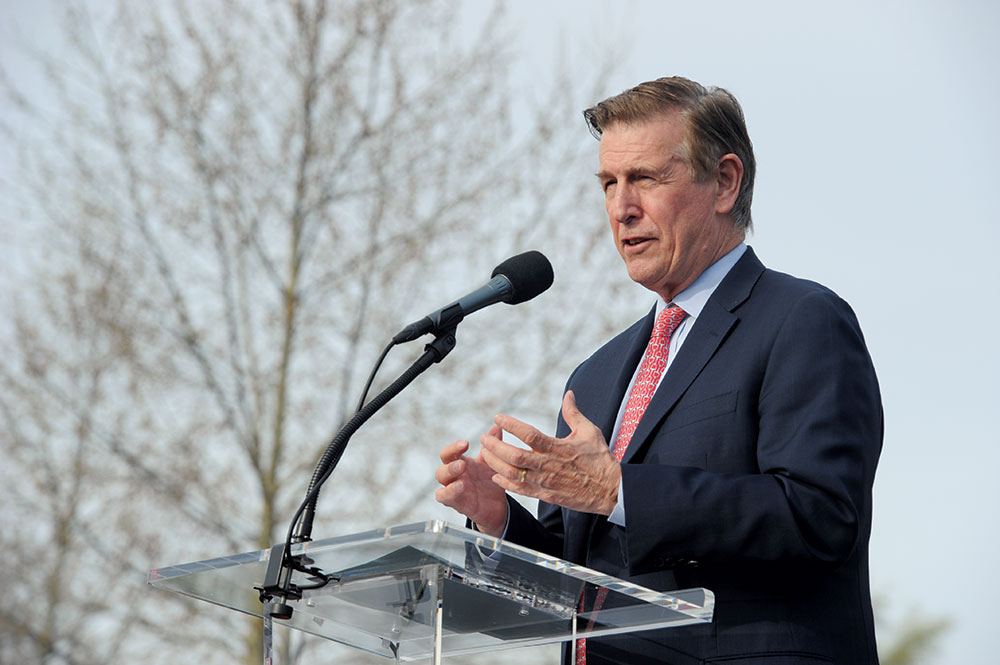 Give us a snapshot of your district.

We are the second-most-educated district in the country, second only to New York’s Upper East Side in college graduates. We are one of the wealthiest and certainly the most politically sophisticated. Politics and government are in our blood. It’s our hometown business. I never have to simplify things for audiences.

At the same time, the 8th District is home to 800,000+ people and spans about 150 square miles. How do you adjust your agenda accordingly?

The big- picture stuff really isn’t that much different. It’s still the price of prescription drugs, the cost of health care, climate change, Metro. There are localized things, like aircraft noise in Rosslyn, Fairlington, and in Lorton coming out of Fort Belvoir. Metro’s Yellow Line will be closed all summer and that’s a source of anxiety. For the Orange and Silver Lines, it’s the frequency of trains and how crowded they are.

What are your top issues as a member of the House Ways and Means Committee?

Climate change has the potential to be the most disruptive thing in our lives. So we will deal with carbon pricing in this committee. Also, I want to preserve and strengthen the Affordable Care Act, meaning protections for pre-existing conditions and dealing with drug prices. I have a list of 26 ideas around that—everything from banning television advertising [for prescription drugs] to changing the ways doctors are reimbursed when prescribing medicine. Also, infrastructure improvements. The number we use in the committee is $1.5 trillion, which we get through a mix of direct spending, bonding and private partnerships. This includes money for Metro, which would be used to finish the Silver Line and the new [7000 series] Metro trains.

You are on the record as favoring Amazon’s move to Arlington. What are the pros and cons?

The biggest positive is Virginia Tech’s impending $1 billion Innovation Campus [in Potomac Yard]. The vision is for it to be equivalent to MIT, Caltech or Carnegie Mellon in terms of world-class math and computer science programs. Also transportation infrastructure improvements, a trilateral commitment to affordable housing and benefits for the nonprofit and NGO community. The increase in housing prices is probably the biggest downside.

How did your family business lead you to politics?

The car business has been the center of our family for 45 years. We’ve sold over 100,000 cars. I’ve been to every neighborhood many times to pick up or drop off a car and deal with paperwork. I’m from here—a local. Three of my grandparents worked in the New Deal [administration]. My mom and dad grew up on farms in McLean. I grew up in the Palisades [in D.C.], right across from Chain Bridge. Potomac Fever, right? I always wanted to get into politics.