The incumbent Arlington County Board member and Democratic challenger will face off on Nov. 6.

Vihstadt, 66, moved to Arlington more than 35 years ago. He has lived on Columbia Pike and now owns a home in Tara-Leeway Heights. Elected to the county board in 2014, he is currently running for re-election as an independent. 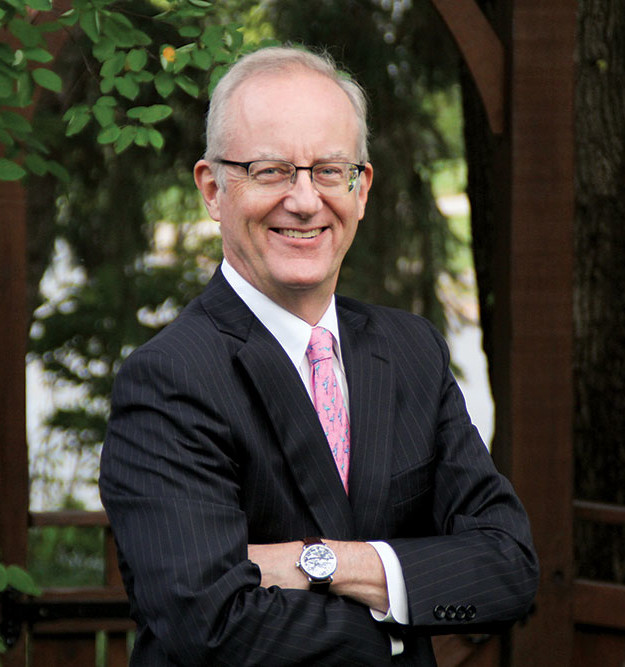 What was the toughest budget decision you had to make this fiscal year?

We held the line on the property tax rate, meaning we had to raise revenue in other fashions. It was a hard decision, but we had to extend parking meter hours and raise the parking rate. I was glad we were able to save funding for Arlington Independent Media, which has a remarkable variety of radio and television community-based programming.

How should Arlington tackle its affordable housing challenge?

We can’t concentrate affordable housing in certain neighborhoods. Mixed communities are stronger, healthier and serve a great population. We also need to look at more housing types, like English basements, accessory dwellings, micro-units, tiny houses. It should be a multi-pronged approach.

What do you consider your signature accomplishment so far?

Getting legislation through the Virginia General Assembly to allow the county to hire an independent auditor. The county auditor looks at things program by program to see if we are getting the best bang for our buck, a return on our investment, and if the program is working as intended. I see the auditor as a vehicle to enhance confidence in local government, that we really are spending our money wisely.

The county welcomed some new transportation options over the summer. What’s the county board’s role in regulating them?

We need to embrace new technology like scooters, electric bikes, bike shares, car2gos, Zipcar. I think we need a light hand with the regulation, but we will see how it evolves. We want to ensure these new mobility opportunities are not littered about the streets, and we need [the private companies] to do that.

You have consistently taken a stance against so-called “gold-plated projects,” like the Columbia Pike streetcar and Long Branch Aquatic Center. Why?

When it comes to spending on large capital projects, I think we’ve become a more fiscally responsible board, but we can do more. [For example], the Artisphere was ill-conceived, with a bad business plan since the beginning. Art and culture are important, but it needed to be closed. The majority of the board agreed and we shut it down. We scaled back the aquatic center, but I still don’t feel now is the time to go forward with it, given that the county faces so many other challenges. Same with the Rosslyn-Georgetown gondola. Now is not the time to divert scarce transportation dollars to an unproven vehicle. We need to shore up Metro. And we are not going to build any more $1.7 million dog parks. I love dogs too, but do we really need a dog park with two water features?

How do you define the “Arlington Way”?

An inclusive, respectful community engagement process where all perspectives are heard and are considered toward the ultimate solution. Sometimes we fall short and sometimes we are right on the money.

Where do you stand on Amazon’s second headquarters potentially coming to Crystal City?

I’m open to the prospect of Amazon coming to Arlington, though there are many unknowns. Arlington needs to verify the positives and determine if and how negatives can be mitigated. Any agreement must address impacts on and seek the best outcomes for schools, housing, transit our small businesses and more. Our decision-making process going forward must be transparent, with a public hearing and a public vote, full disclosure of economic incentives and tight provisions if Amazon fails to live up to its pledges and obligations.

De Ferranti, 45, has lived in Arlington for five years after growing up in McLean, and has served on several local committees including the Arlington Public Schools Budget Advisory Council, the Affordable Housing Task Force and the Joint Facilities Advisory Commission. A Democrat, the Courthouse resident and former attorney for local governments is challenging Vihstadt for a county board seat. 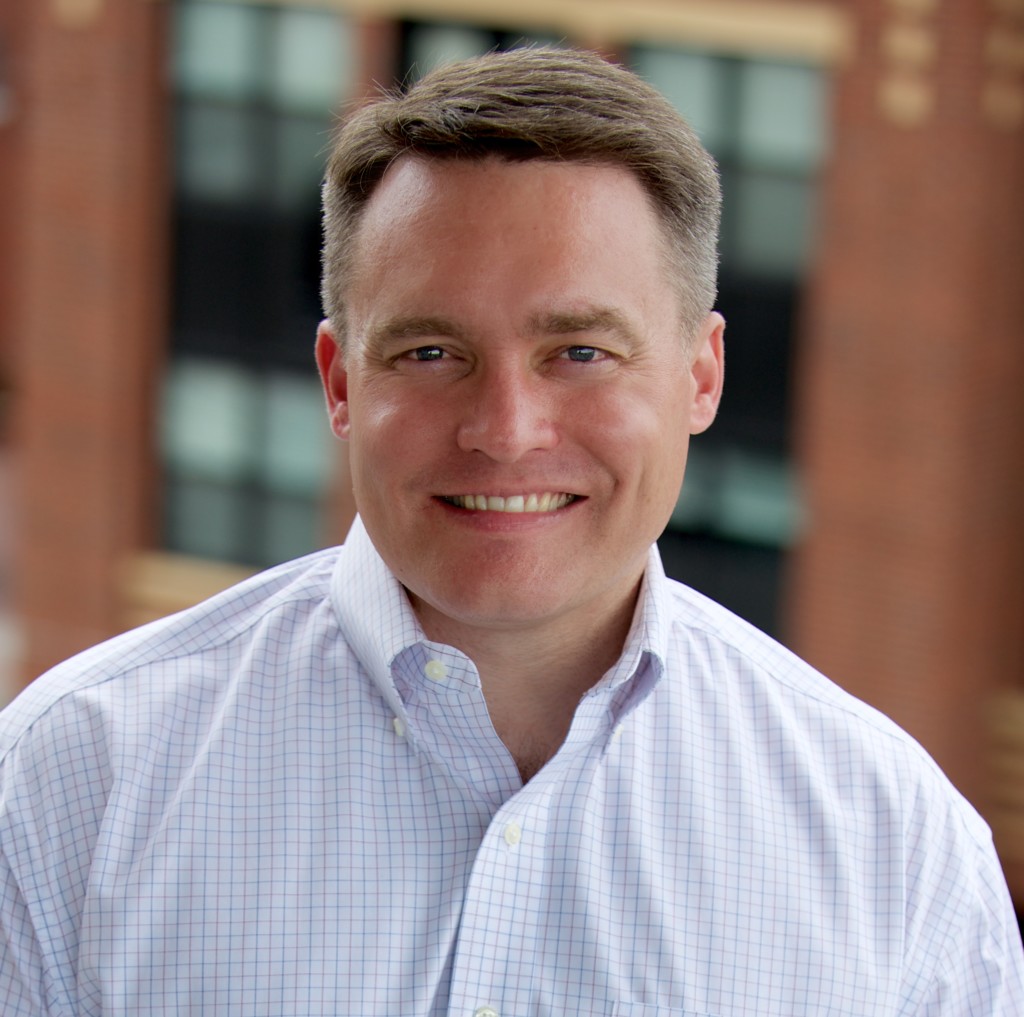 What do you think will be the toughest budget decision for the county board to make this fiscal year?

The possibility of tax increases to help build the schools we need. There are two things you want in a person making those decisions: someone who shares your principles and values and someone who’s going to do all the work to get there. I’ve been an attorney for cities, so I’m confident I’ll do the hard work.

How should Arlington tackle its affordable housing challenge?

With creativity and relentlessness. I’ve worked at Habitat for Humanity and talked with housing activists about community land trusts and shared equity housing—essentially, a co-op approach. There’s an example in Richmond called the Maggie Walker Community Land Trust. The simple idea is that you buy a home [from the co-op] and half of the increase in value of the home goes to you and the other half stays with the co-op so that future generations can benefit. I don’t claim that will fix all of the challenges, but I do think it’s a creative approach that we need to pursue.

What do you consider your signature accomplishment as chair of the Arlington Public Schools Budget Advisory Council during the 2017-2018 school year?

We helped bring down a $20 million gap without cutting core educational services while providing teacher pay increases. We had a challenging vote on the FLES [Foreign Language in the Elementary Schools] program. Some disagreed with it, but I thought it was the least worst cut. We also took down some surplus maintenance funding, so we now have lower reserves. It comes down to prioritization and the willingness to make difficult choices.

The county has welcomed some new transportation options. What’s the county board’s role in regulating them?

Our role is somewhat constrained by the Commonwealth’s form of government, in that we have to get specific permissions to regulate. [Options such as scooters and bike shares] can make transportation easier and more affordable, but we need encourage folks to wear helmets and operate within traffic laws. Scooters belong in bike lanes and there are key infrastructure points where we have will have to invest. The county needs to do more to address safety issues. We need to work with both the Commonwealth and private companies on that.

What’s your stance on capital projects like the Long Branch Aquatic Center and the Georgetown-Rosslyn gondola?

Gondola, no. It’s not practical. We absolutely need to make smart investments in our infrastructure, but cost-conscious ones. In terms of the Long Branch Aquatic Center, I agreed with County Manager Mark Schwartz’s decision to bring down the cost. There’s a lot of citizen demand [for this] in Crystal City and we need to remake Crystal City to be more attractive to businesses. If there was a choice between a school and a pool, I’d choose the school, but that’s not the choice here. It’s now at a much-reduced design-build price and there’s a need for it in this part of the county, therefore it’s right thing

How do you define the Arlington Way?

It’s a series of discussions that involve the community. That input is critical to the big decisions we make as a county. The process has probably never been perfect and it’s not perfect now. We can improve it by being more open about how we disagree.

Where do you stand on Amazon’s second headquarters potentially coming to Crystal City?

With the office vacancy rate in Crystal City above 20 percent over the last four years, I lean towards it, but not without a clear-eyed view of the challenges. There needs to be a clear net benefit to the community from the incentives we provide, and we would need to balance [the arrival of HQ2] with small-business incentives. Plus, a plan for housing, transportation and schools that addresses the social cost of Amazon coming here. I think there also needs to be a lot more transparency about the deal.

Both interviews were edited for clarity and brevity.