Criminal justice rights, gentrification and education equality were part of the conversation. 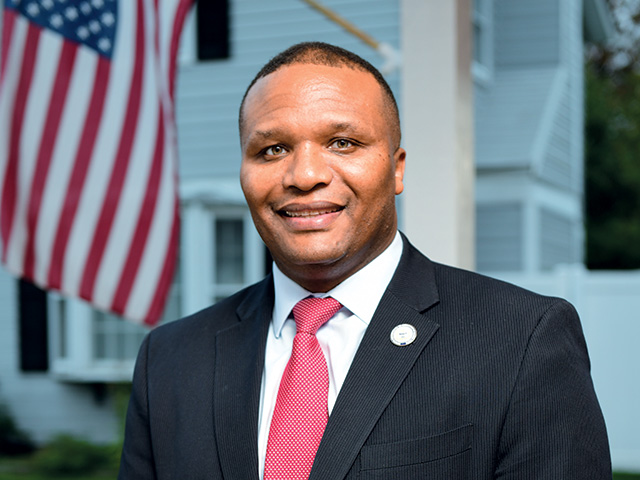 Julius Spain, 47, is president of the National Association for the Advancement of Colored People (NAACP) Arlington Branch 7047, established in 1940. An analyst with E3/Sentinel in McLean and a father of three, he lives in Penrose with his wife of 27 years, Adriana. This interview was edited for length and clarity.

How did you get involved in the NAACP?

I’m a native of Conway, South Carolina, where my parents were heavily involved in the NAACP. I joined the Marine Corps in 1990, which took me all over, but I moved to Arlington in 2009 and was stationed at Fort Myer. I found my local NAACP branch and started working with them. After being second and first vice president, I became president in November 2018.

How is the NAACP maintaining its relevance today?

We are the oldest civil rights organization in America. We look at what’s going on today—the rights and privileges of some are being taken away, disproportionately affecting people of color, whether that’s voting, education or criminal justice rights. If there’s ever a time that the NAACP needs to be relevant, it’s now. Regardless of race, color, creed, religion, socioeconomic background, the NAACP fights for everyone’s civil rights.

Describe some of the challenges you now face.

There are a lot of organizations tackling the same issues we do, which is great, but people often have to choose where to devote their volunteerism. Going back to the ’60s, the NAACP was the go-to civil rights organization for African-American communities. Today, there are many others. I want to make sure we don’t become a political extension of any party. The NAACP is nonpartisan. In this day and age, that can be tough.

In terms of civil rights and equality, how can Arlington improve?

Gentrification is happening at full speed. We have to do a better job keeping our native Arlingtonians here. Redevelopment is displacing communities and families that have been here for decades. I’m talking about neighborhoods like Halls Hill, Johnson’s Hill and Green Valley. I don’t see elected leaders doing enough to protect against that. But we have good relationships with most elected officials and are working with them on various initiatives, including affordable housing programs.

Other top-line issues for the local branch?

There are disparities in Arlington’s education system. We are looking deeper into why there’s an achievement gap for students of color. We have issued FOIA requests and will be sharing some information with the community in the coming months that may be surprising.

You mentioned criminal justice rights. How is the Arlington chapter of the NAACP addressing that issue?

There are still significant disparities, today, in how people of color are treated in our legal system. Arlington County is about [10%] African-American. So, why is there a [higher percentage of people of color] in the criminal justice system? We are looking to hold police officers accountable for their conduct. We know there are officers who have violated conduct policies but are still on the force. There needs to be openness and transparency for our citizens. In the coming year, we plan to make some of our findings public.

Like the outgoing Commonwealth’s Attorney, Theo Stamos, Ms. Dehghani-Tafti is a member of Arlington Branch NAACP #7047. We look forward to working with her. The National NAACP and local branches continually advocate for smarter, results-based criminal justice policies to keep our communities safe. This includes treatment for addiction and mental health problems, judicial discretion in sentencing and an end to racial disparities at all levels of the criminal justice system. Her platform positions are in keeping with those priorities.