Jane Rudolph offers the lowdown on new projects and competition for green space. 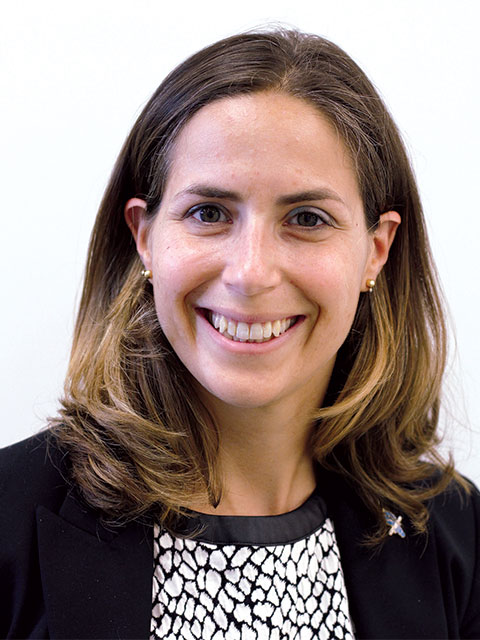 Hired to head Arlington’s Department of Parks and Recreation in January 2013, Jane Rudolph previously spent a decade working for New York City’s department of parks and recreation, the largest urban parks system in the country. She now lives in Highland Park–Overlee Knolls with her husband and two young sons.

Describe your responsibilities as parks director.

Our department oversees all the parks owned by the county. We also have two nature centers, 13 community centers, and partner with other county departments for programming. We work with the public schools system, the National Park Service and the [NOVA] regional parks system. Altogether, that comprises all the open space in the county. Plus, I oversee all park staff, programming, the budget and the capital [improvement] program. All county festivals come through our office as well.

Many of our parks are connected to each other by a trail network or proximity. You can easily hit a playground, a dog park, a hiking trail, a sports field. Some 98 percent of Arlingtonians live within a 10-minute walk to a park—a benefit that led our park system to be ranked No. 4 in the country by the Trust for Public Land. The fact that people can walk to a neighborhood park for a little bit of greenery, a little bit of respite, is quite special.

Your department is overseeing construction of the Long Bridge Aquatics & Fitness Center, set to open in the winter of 2021. That seems like an unusual role, even though the facility is part of a major $50+ million park expansion.

The Aquatics Center is actually the second phase of Long Bridge Park. In 2011, we opened Phase 1, which were the three [athletic] fields. We wanted to make sure the two phases matched up in terms of design. Our oversight will ensure it’s seamless and it will feel like one large park, instead of two different campuses. Because we’ve been working on this project for many years, we have folks who understand, day in and day out, how pools run and work. When we are meeting with designers, we understand where to put lifeguards and how a pool layout should look. We will also staff it, so the people who will be working there can provide input into the build.

What other long-term park projects can Arlingtonians look forward to?

We are working on a new Lubber Run Community Center on George Mason Drive, set to open in 2020. Lubber Run was the first purposely built community center in Arlington when it was done in the 1950s. However, it is not ADA accessible and would cost too much to retrofit. The County Board recognized this and approved funding for a new center, with a high-school-size gym and 80 employees. It will become a customer service center for our department.

What are your biggest challenges?

People love to use our parks in a lot of different ways. We are always trying to find ways for all of those interests to live harmoniously. Somebody may want a playground, somebody else may want a tennis court, and others may just want open space. And how do you resolve that? Yeah, it’s not always easy.

Describe something you do that the public may not be aware of.

We run “therapeutic recreation” programs for people who have cognitive and physical disabilities, offering classes, projects and the opportunity for these residents to be engaged in our community. We also have a program called “inclusion” that allows folks with disabilities to participate in all of our programs—like swim class or camps with other kids. Two years ago, we built our first universally designed playground in Quincy Park. It’s designed to enable kids of all abilities to participate and have a dynamic time in the park.

Some programs—summer camps in particular—have been criticized as too expensive and inaccessible. What are you doing to address those concerns?

Affordability should never be a barrier. We have a fee reduction [provision] that gives [eligible] folks up to 75 percent off of our programs. That’s not just camps—it applies to any program that’s over $20. But I do agree that access is a difficult thing. Enrollment in our programs is online, and everybody jumps on at 8 a.m. [on the day it begins] to get their kids enrolled. The problem is that some people are at work, or there’s a language barrier, or they don’t have access to a computer. Arlington is a great place with a lot of opportunities, but we want to make sure everyone has access. I think we can do better in making the process more streamlined and easier.

Which parks or trails do you visit most often?

One of my favorite walks takes me past Westover Park, up to Lacey Woods [Park], and I’ll circle back around past Walter Reed [Elementary School] and over to Parkhurst Park. I live very close to the W&OD trail network. I can actually walk around my house, across I-66, and I’ll be on the trail. From there, I often go to Madison Manor [Park] and Benjamin Banneker [Park].