Married May 12, 2018, in the rose garden at Columbia Gardens Cemetery. 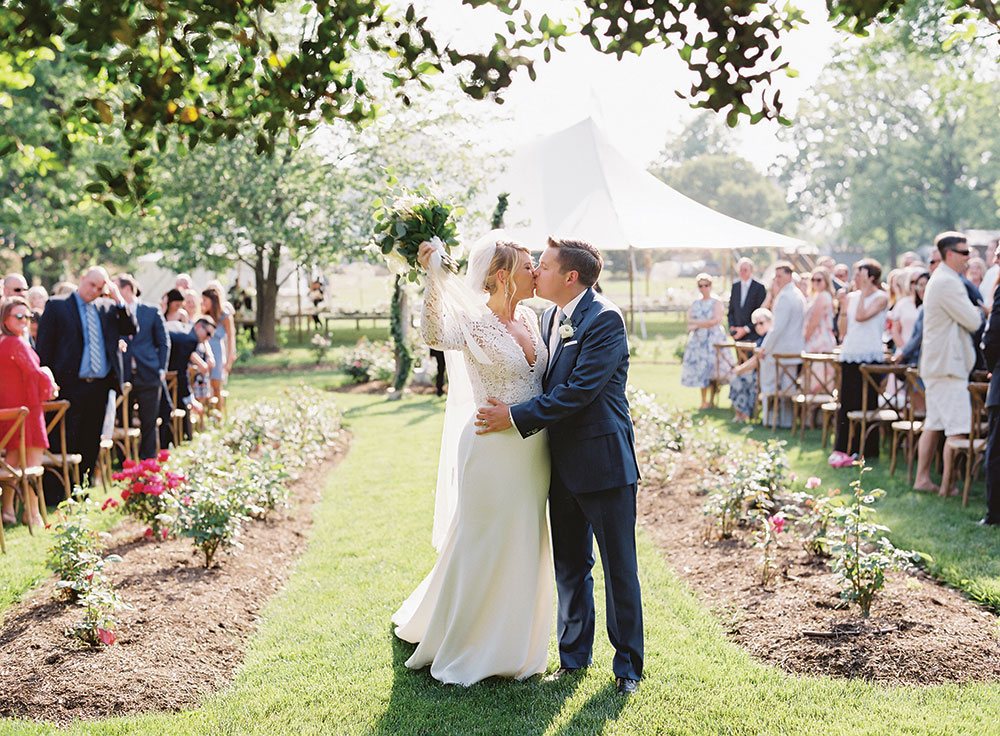 The couple: Austin Thomas, 31, an 11th-generation Arlingtonian who works as an account executive at the e-commerce and marketing firm Skye Associates; and Justin Kafka, 33, a licensed real estate agent for Long & Foster and an accountant for the U.S. Navy who grew up in Gaithersburg, Maryland. Austin’s dad refers to them as “The Ustins.” 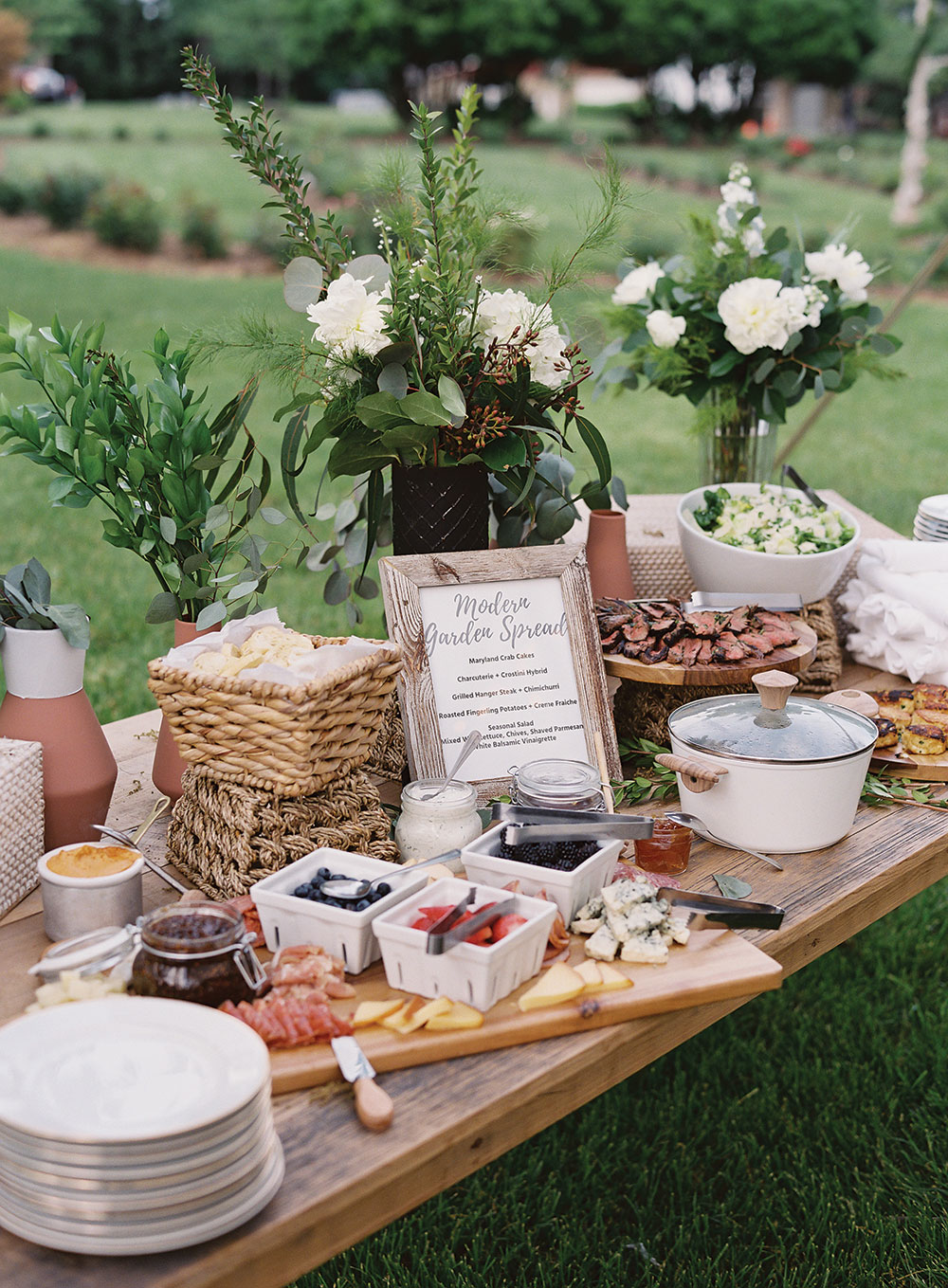 How they met: On a 2015 ski trip to Wintergreen Resort with mutual friends

First date: Dinner and drinks at Sushi Rock in Courthouse. “The conversation flowed so easily,” Austin says. “The couple sitting next to us, also on their first date, thought we’d been married for years. We’ve been inseparable ever since.”

The wedding: May 12, 2018, in the rose garden of Arlington’s Columbia Gardens Cemetery, which Austin’s family has owned and operated since its founding in 1917. “The back gate of the house I grew up in backs up to the cemetery,” she says, “and my late grandparents’ home is right across the road.”

The ceremony: Short and sweet. The couple exchanged vows and then had a “wine box” ceremony. The officiant explained: “This box contains a bottle of wine, and a sealed love letter from each to the other. The letters describe the good qualities they find in one another, the reasons they fell in love and their reasons for choosing to marry. Should Austin and Justin ever find their marriage facing hardships, they will open this box, sit and drink the wine together, then read the letters they wrote…to be reminded of why they are together. If the box stays closed, they are to open it to share on their fifth wedding anniversary, replenish the box with new letters and wine, and open it again on their 10th anniversary, and so on.” 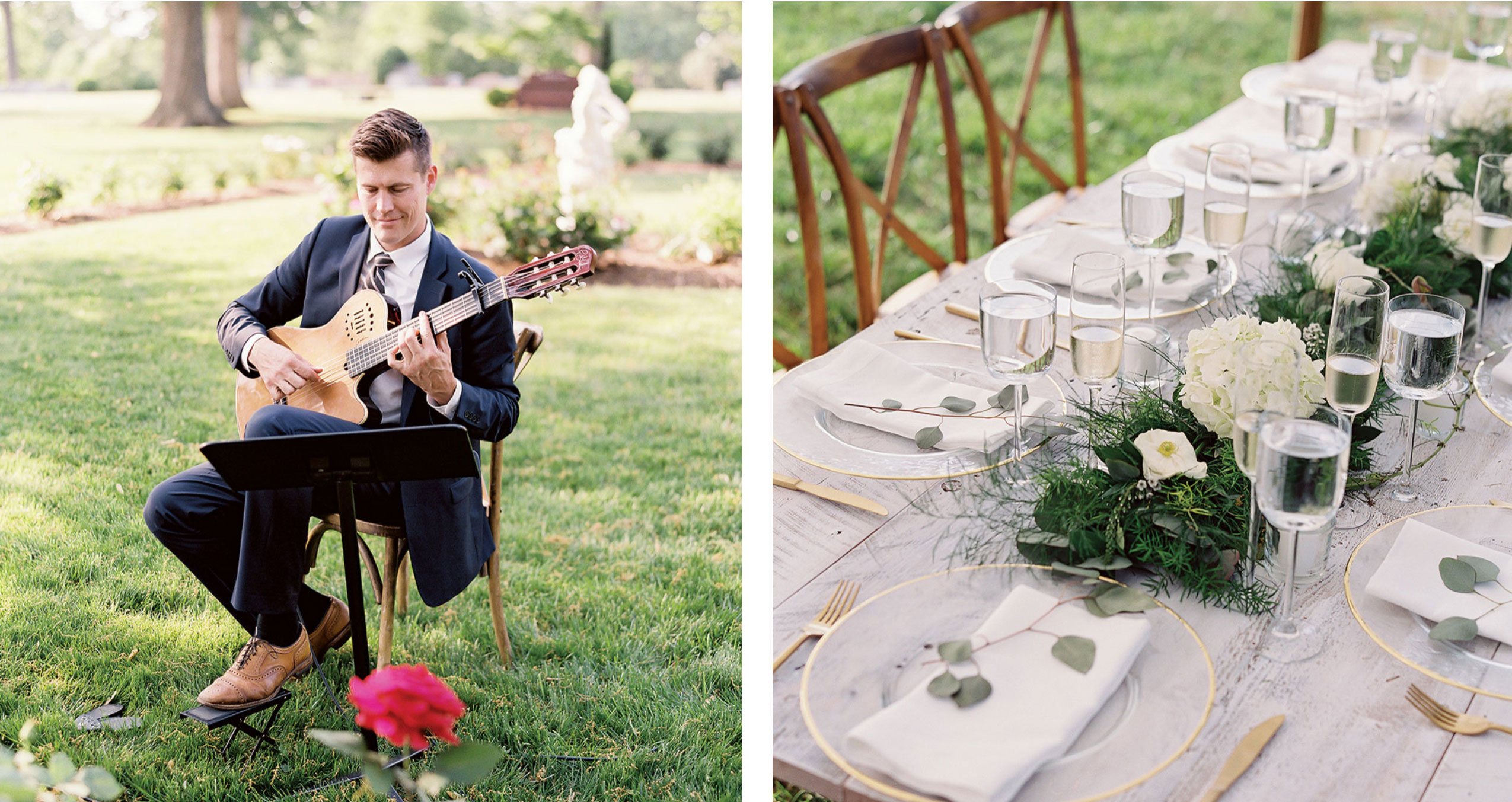 Something blue: “My late grandfather always wore Oxford button-downs,” Austin says. “When my older sister, Taylor, got married in 2013, she cut a heart from one of his blue shirts and sewed it into her dress. I wanted to do the same, but with all the craziness, I forgot. On the day of the wedding, my mom and Justin surprised me with two blue hearts sewn into the bodice of my dress. One was from my grandfather’s shirt and the other was from one of Justin’s blue shirts.”

The spread: In lieu of a formal dinner, food and drink stations by Falls Church-based Heirloom Catering included a raw bar, sushi, a taco and margarita bar, poke bowls, crabcakes, steaks, artisanal cheeses and Napa Valley wine from Cakebread Cellars. And instead of a traditional wedding cake? An ice cream truck. There were no assigned tables. “Guests could mingle and sit with whomever they wanted.”

Natural drama: Just as the newly-weds took the floor for their first dance (“Perfect” by Ed Sheeran), the skies opened and it poured. Happily, they were under a tent. “The timing was impeccable and magical,” Austin says. “Maybe it was my grandparents crying tears of joy from heaven. They never missed a party.” 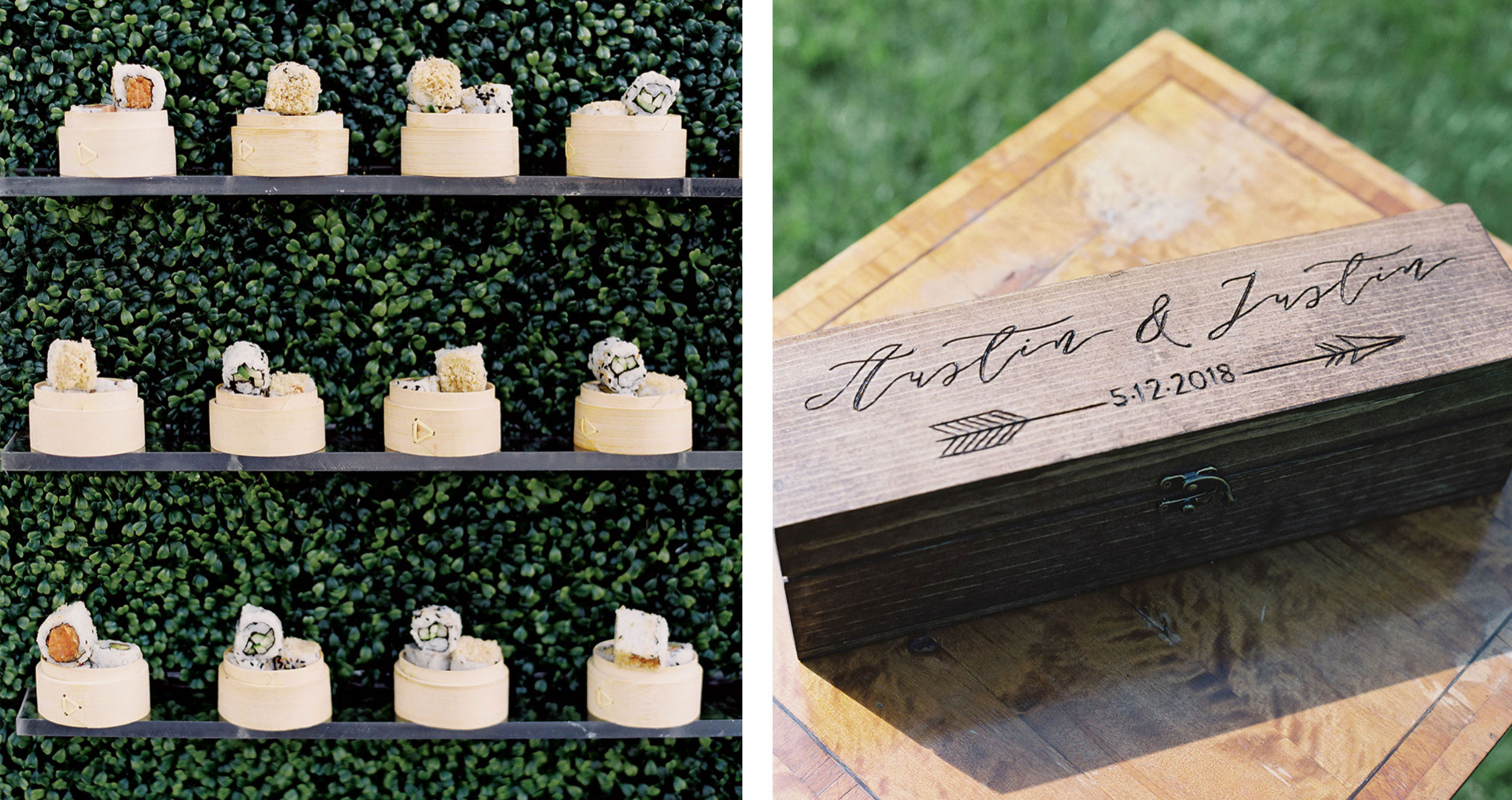