Penny Rutledge is vivacious and witty. So is her sense of style. 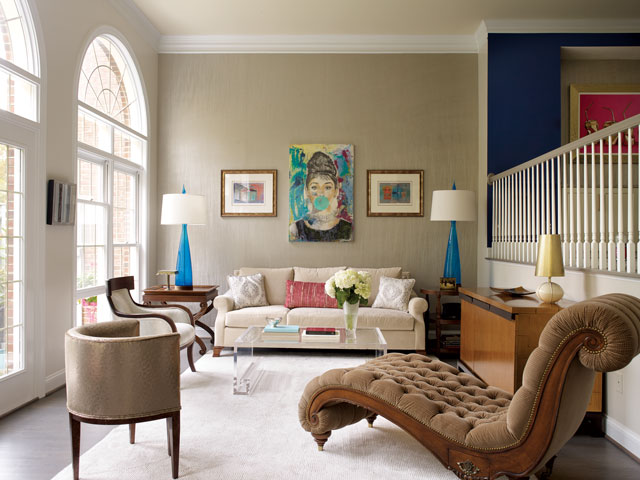 My husband and I went on a walk and came home with a home—it was meant to be,” Penny Rutledge says of her townhouse just north of Rosslyn that overlooks park trails and the Potomac River.

She and Bill Fashouer had stumbled upon the property online and decided to stop by the open house during one of their regular Sunday strolls around Theodore Roosevelt Island. Seeing the place in person sealed the deal for the empty nesters. They lived in Rock Spring but wanted to be closer to the shops, restaurants and culture of Rosslyn and Georgetown, though they still desired a natural setting.

That fortuitous outing was 10 years ago, before Bill got sick with leukemia and died in 2017.

Some widowed spouses might be inclined to move elsewhere to escape the sad memories, but Rutledge had no intention of doing so. “I loved my house,” she says. “I didn’t want to leave it, but I wanted it to be different—to be mine.” 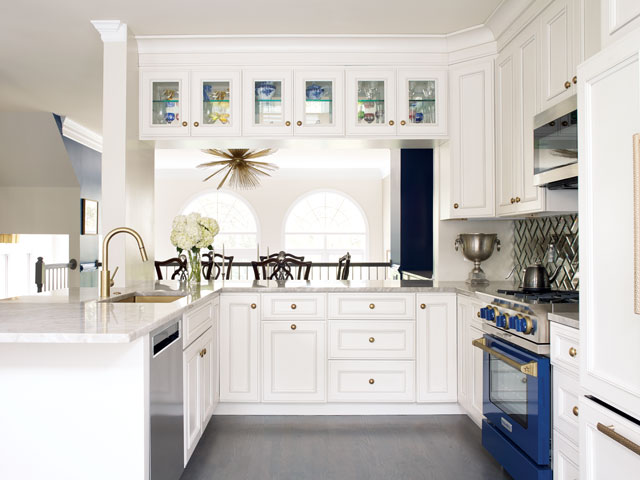 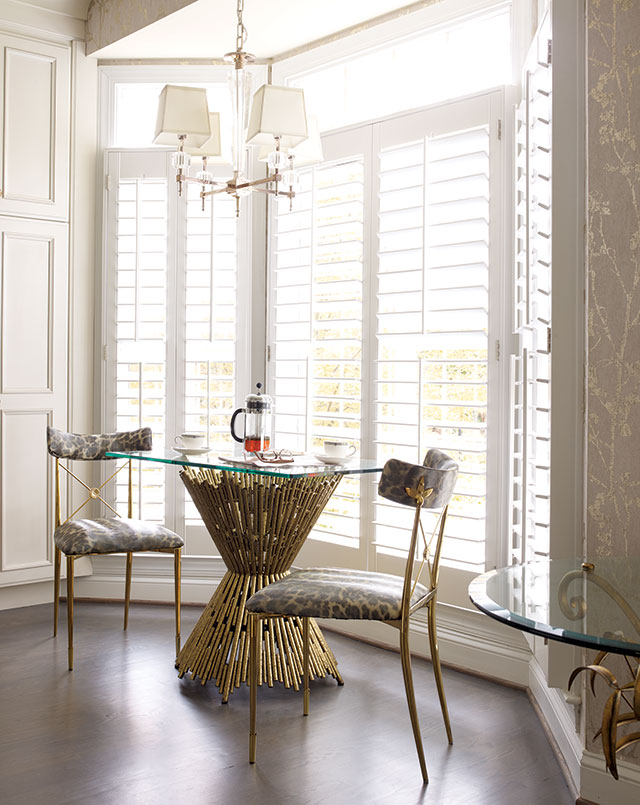 Bethesda designer Lorna Gross-Bryant would play a pivotal role in helping Rutledge make that transformation. Years earlier, the couple had hired Gross-Bryant to outfit a chic club room in their Rock Spring home. She then helped them with furniture placement when they moved into the townhouse.

“It just seemed so rich and elegant, but still so inviting,” Rutledge remembers. “I said [to Gross-Bryant], ‘You’re redoing my house. I need this fabric. That’s what we need to design around.’ ”

Diving into a home makeover, with its myriad decisions around fixtures, furnishings and décor, proved therapeutic. It helped the suddenly single homeowner move through the grief of losing both her husband and her father, who had died soon after Bill.

There was a certain freedom, Gross-Bryant says, in indulging Rutledge’s personal tastes now that no one else had any say: “I had a Diana Ross song in my head—‘I’m Coming Out.’ She’s vivacious, she’s witty and she’s also elegant, so we decided to make her house a fresh take on Hollywood glam.”