A World Record for Kettlebell Swings

It happened here in Arlington. 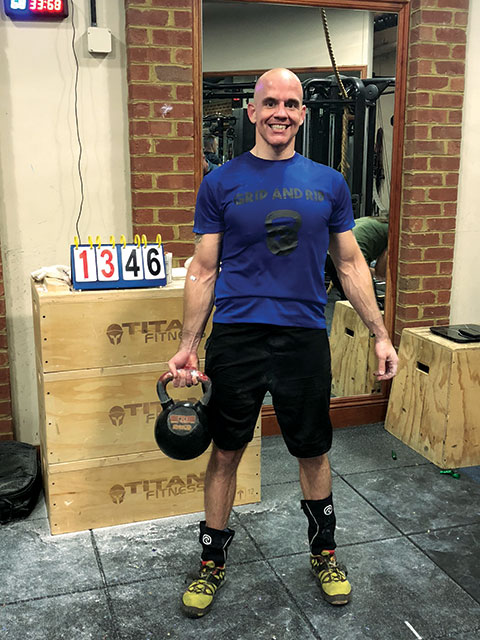 Marine Sgt. Maj. Steven M. Burkett has faced defeat. While stationed in California in August 2017, he attempted to break a Guinness World Record by swinging a 53-pound kettlebell (a large, cast-iron ball-shaped weight) more than 884 times in one hour. He came up 62 swings short. “It was one of the worst moments in my life,” he says.

Months later, Burkett relocated to Quantico and gave up on kettlebells—until his new unit heard about his prior attempt and encouraged him to try again. “I was kind of like Rocky in Rocky IV,” he jokes. “I got knocked out, but was ready to start all over again.”

After reworking his training regimen and grip (kettlebells are tough to hold and can cause painful calluses), Burkett reached out to The Energy Club in Shirlington and asked if he could use the Arlington gym as the backdrop for his comeback attempt. On Nov. 10, 2018—the 243rd birthday of the Marine Corps—he achieved his goal and then some, completing a record-breaking 1,346 kettlebell swings in an hour. “I think failing in the way I did convinced me that, no matter what happened, I had to power through it,” he says.