An Empty Nest in Arlington

My daughter is grown, but the happy ghosts of her childhood still linger. 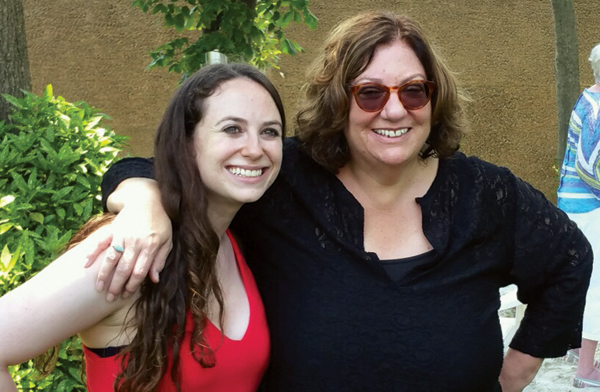 Arlington is full of ghosts. I can’t pass a playground or a shop without seeing them. After 24 years of living here, I suppose the apparitions are an expected byproduct of being an empty nester, but still I find them unsettling and sometimes sad.

I moved to Arlington in 1992, five months pregnant and ready to nest, albeit as a single mom. Arlington provided the picket fences and affordable house in the suburbs that a baby seemed to require.

After years of living on Capitol Hill, the quiet was frankly unnerving. But there was a house to furnish, a crib to assemble and frequent trips back into the “city” for prenatal visits and an energy recharge. In those days, mini-mansions and foodie destinations were dreams undreamed. Clarendon was where you went to pick something up at Sears or for auto body repairs. Shirlington was furniture warehouses. Columbia Pike was a road too far.

Raising a child in Arlington changed everything. It turned out there was a lot of noise and activity going on, and the baby was my ticket to join in. Even in the dead of winter, I pushed her stroller through my neighborhood near Nottingham Elementary School on long, ambling walks that sometimes ended with us lost. Strangers proved to be eminently friendly, happy to draw maps to guide us home. One elderly woman, stubbornly tending her garden as snow began to fall, told me that my baby’s laugh was her way of communicating with God.

At Chestnut Hills Park (known more colloquially by parents as the Harrison Street playground), mothers of older children shared nuggets of wisdom about preschools, consignment shops, playgroups and public schools. At the time, it never occurred to me that one day I would be the mom of one of those older children…or how quickly that would happen. 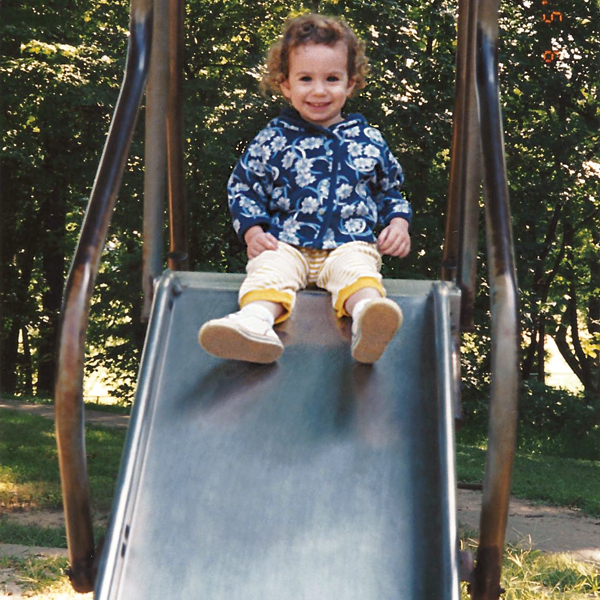 I remember going to my first La Leche meeting only blocks from my house when Hannah was a few weeks old. These were the women whose kids would grow up with my daughter and I was so eager to meet them. Imagine my horror as I heard three of the other babies introduced as “Hannah.” I knew then that my baby’s carefully chosen name would be amended to “Hannah A.” throughout her public school career. And so it was.

As we joined first a baby group and then started attending story time at the Cherrydale Public Library, Arlington unfolded before us. Hannah made friends, as did I. She began attending preschool at St. Mark’s Children’s House, a Montessori school on Glebe Road that became our home away from home for the next four years.

Many of my dearest friendships were made during those years. We have since helped each other through the trauma of emergency room visits, prom dates, college applications and now empty nests.
The perceived passage of time between preschool and college graduation was so very short. Hannah’s childhood flew by, despite my frantic efforts to capture every moment. Of course without smartphones or even a video camera, most of those precious experiences are retained only in memory. But perhaps that is even more enduring than a Facebook status?

We survived the angst-filled middle school years and celebrated the college acceptance letters. Hannah chose to attend Drexel University in Philadelphia, a short three-hour drive from Arlington. She graduated in December and, armed with a degree in political science with a minor in international studies, found a job at a global consulting firm near the White House. She even found a room in a group house, within shouting distance of Nottingham Elementary, where she is now flexing her adult muscle.

In the meantime, the ghosts remain. Toddler Hannah and her best friend, Bobbie, still hang from the monkey bars at the Harrison Street playground. First baseman Hannah lingers on the softball field next to Wakefield High School, and point guard Hannah is stationed under the basket at Kenmore Middle School. 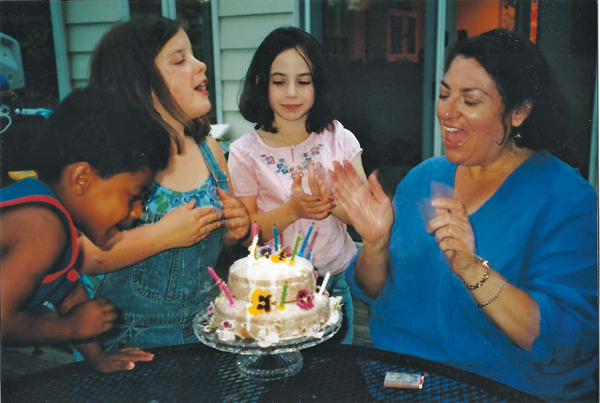 Her first real job was at Pie-tanza and she was named to the Homecoming Court on the football field at Yorktown. Her favorite restaurants were at Eden Center in Falls Church. She loved the children’s librarian at the Arlington Central Library.

My baby is a young woman now, in love with a nice young Welshman and gainfully employed—with her own health insurance plan!—and my responsibilities as a mother are moving into a new phase.

The house is quiet now, but definitely cleaner than in years past. There’s no tripping over backpacks or sneakers carelessly flung by the front door. The dishwasher can go a whole week without being used. The refrigerator is half-full, devoid of string cheese and chicken nuggets.

Young families have replaced some of my older neighbors, and many of the small ranch-style homes have been transformed into mansions twice their original size.

But on summer nights, children still sing and play and race on their bicycles. And everywhere the ghosts of my child and her friends add their voices—singing, fighting, playing, laughing—to the sweet melody of Arlington.

Tamar Abrams is a communications strategist for nonprofit organizations in the D.C. area and writes for a variety of publications. She has lately started paying attention to senior citizen discounts.