Here's how they work. 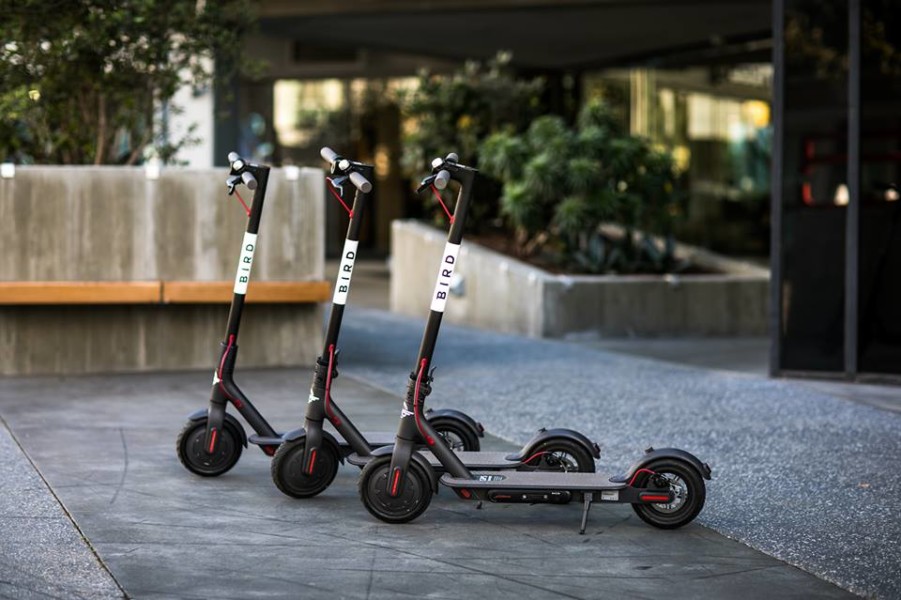 I was recently walking down Wilson Boulevard after a fabulous brunch when I spotted a row of scooters in perfect array. I’d seen other Arlingtonians zipping around on these bad boys, but I still didn’t know what all of the fuss was about. After a quick Google search, I learned the fuss was all about Birds.

Bird is the maker of the motorized scooters that landed in Arlington for public use in late June, and users have been abuzz ever since. Arlington is one of about a dozen locations nationwide to get a flock of Birds to call its own, and unlike popular bike-shares, the scooters don’t have to be returned to (or picked up from) a dock. To see if they live up to the hype, I decided to take one for a test ride.

I downloaded Bird’s free mobile app, input my credit card information and started searching for a nearby scooter. According to the app, the closest one was a 3-minute walk away. But by the time I got there, a guy in a tank top was standing by the scooter, preparing to take off.

I explained that I was writing an article, at which point the gentleman obliged my request to observe the borrowing process. He used the app to scan his driver’s license and a QR code on top of the scooter; then the app prompted him to enter the four-digit pin he’d been given onto the scooter’s pad to unlock it.

At first, he said, the sight of electric scooters “littering” the sidewalks deterred him from trying one out. But when he eventually took a Bird for a spin (a fly? a soar?) that disdain disappeared. The 15-miles-per-hour speed and easy accessibility had him hooked. 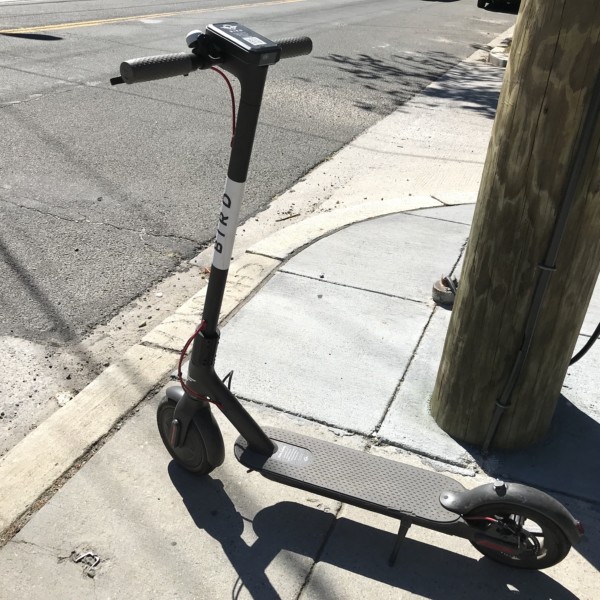 Once he unlocked the scooter (which took a few tries until a mild chirping alarm signaled successful entry) the available Bird icon disappeared from my app’s screen. Fortunately my new friend wasn’t in a hurry. He showed me how to take three steps to push the scooter forward before pressing the throttle button with his right thumb. Then he offered me the chance to hop on and try it. With both feet on the foot board, the device is solid and steady, and zips along at a nice pace. To slow down, just squeeze the brake with your left hand. The best part? You can ride and park absolutely anywhere you’d like; there’s no limiting range.

OK, now for the rules: riders must be 18+, have a valid driver’s license, wear a helmet and follow local traffic laws. But don’t expect to ride late at night. Designated “chargers” (these are paid contractors) collect the scooters nightly around 11 p.m. and take them home for battery charging, inspection, maintenance and repairs, before releasing them back onto the streets around 6 the next morning. The cost of a ride is a base fee of $1 to unlock the scooter, plus 15 cents per minute.

All of this seems reasonable; the only caveat is that I did see quite a few icons popping up on my screen and then disappearing faster than I could get to the scooter—which, if you’re like me, means you could arrive to find some guy in a tank top taking off on your ride.

Look for the Birds in Ballston, Clarendon, Crystal City, Pentagon City and along Columbia Pike.