Arlington Gets Groovy for 40th County Fair at TJ 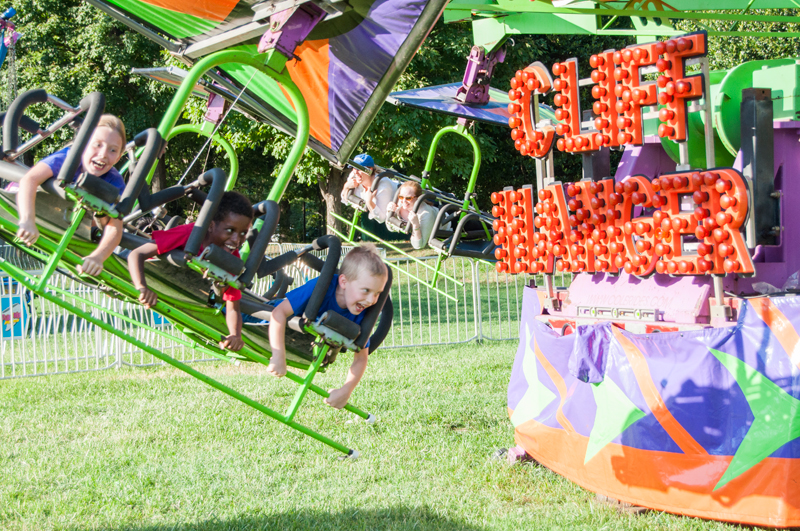 The five-day celebration of Arlington County included competitive vendors, several other vendors representing organizations, businesses and departments of the Arlington County government, carnival games and rides, international cuisine, interactive exhibitions and performances, pony rides and, of course, pig races. The fair wrapped up on Sunday with an awards ceremony for the winners of the different competitive vendor categories and rain storms throughout the day. But, actually, volunteers and carnival workers descended on TJ as early as Monday, Aug. 15, to begin setting up for the fair.

According to Gornall, the all-volunteer Arlington County Fair staff begins planning for the next year’s fair almost as soon as the current year’s fair has closed. RC Cole, the owner of the Cole Shows Amusement Company that has been furnishing the fair’s games and rides for over 30 years, echoed what Gornall said. He said that as early as October his company begins doing maintenance on all of the equipment in preparation for the next season. His company is based in Covington, Va. and travels throughout the state from April to October for fairs and carnivals. Check out our photo gallery below for photos showing the work that went into putting together the Arlington County Fair and the fun that was had as a result.