Arlington Has a Cornhole League? 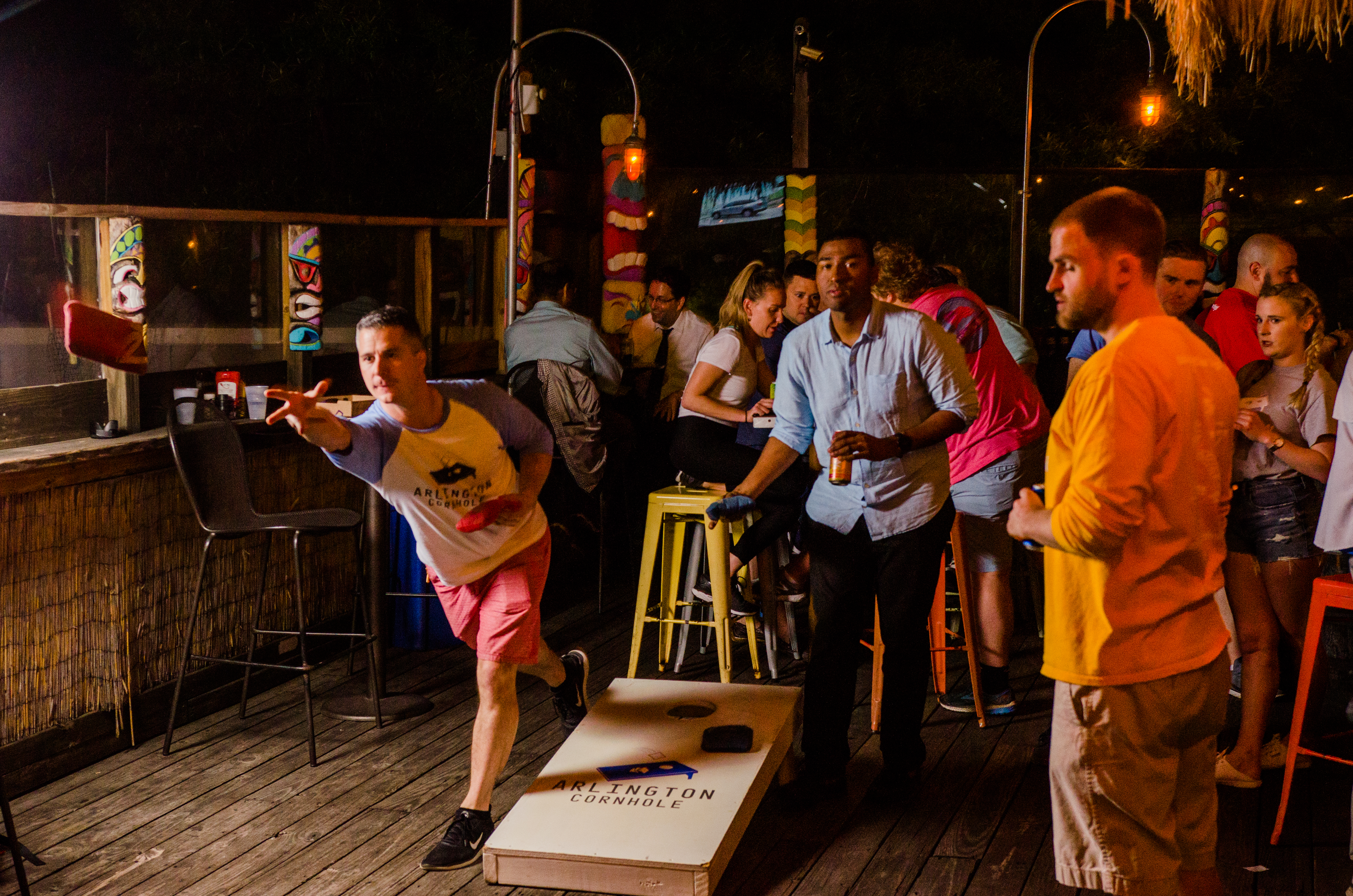 Tony Abreu had never even heard of cornhole when he tried it for the first time six years ago. “I was awful,” says the Clarendon resident. “I couldn’t even hit the board.”

He’s come a long way. Today, Abreu runs an entire league dedicated to the popular lawn game (which, for the uninitiated, is similar to horseshoes but involves throwing beanbags at a raised platform with a hole in it). In recent years, cornhole has surged in popularity, popping up in beer gardens and bars and becoming the stuff of chatter on ESPN. There’s even talk of making it an Olympic sport.

Arlington Cornhole games are played in good fun. As the league’s founder, Abreu is careful to make sure the most talented players are evenly distributed so that no single team dominates. He maintains a spreadsheet with recorded stats from every match and picks new teams every season based on the numbers. In three years, there has yet to be an undefeated team.

By late summer, the league will have expanded its play to five Arlington locations—Whitlow’s on Wilson, Oz Restaurant and Bar, Spider Kelly’s, Bronson (a German beer hall in the former A-Town space) and Samuel Beckett’s Irish Gastro Pub. Most of the league’s proceeds are donated to charity. Since its inception, Abreu says Arlington Cornhole has donated more than $10,000 to organizations such as Wounded Warriors, St. Jude’s Children’s Research Hospital and the Arlington Housing Corp. The next season starts Aug. 13.