How will the county pay for new school construction if school bonds no longer enough? 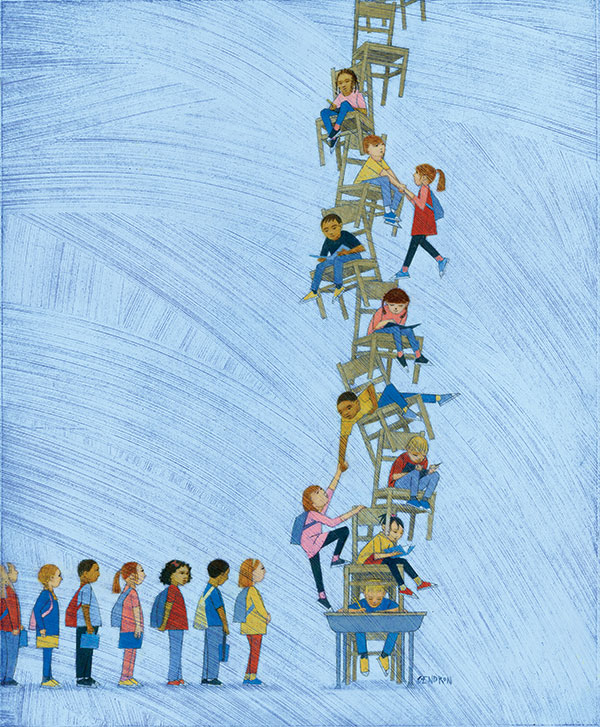 Last year, students at McKinley Elementary School often spent recess in a fenced-off traffic circle, drawing on the pavement with chalk or playing games on the small patch of grass and dirt surrounding the flagpole. With 14 relocatable classrooms (aka “trailers”) wedged onto the campus in the midst of a construction project that will soon add 240 more permanent seats to the school, there was little space left for kids to roam.

Valerie O’Such, whose daughter is now a second-grader at McKinley, acknowledges that the situation was less than ideal, but necessary. Arlington Public Schools (APS) enrollment increased 43 percent in the past decade, climbing from 18,450 students in the fall of 2006 to about 26,350 today. With McKinley’s built capacity increasing to 685 permanent seats, O’Such says she’s looking forward to seeing most, if not all, of the modular classrooms hauled off once the addition is completed in January. Six of them were removed before this school year began.

Still, she worries that many other Arlington schools—including the middle and high schools in her daughter’s future—will be relying heavily on portable classrooms in the years ahead. “I don’t see this issue going away,” says the Tara-Leeway Heights resident.

In letters to the Arlington School Board last spring, O’Such expressed her concern that APS’s latest 10-year Capital Improvement Plan (CIP), despite its promise of as many as 6,600 additional student seats countywide, may yet fall short of accommodating Arlington’s growing student population—particularly at the high school level.
After receiving several form-letter responses that she says “made it feel like they weren’t listening,” she spearheaded a petition that urged the board to “plan now so that today’s elementary and preschool students can have seats in high schools, not trailers.” The petition quickly garnered more than 1,000 supporters.
When the school board finalized the current CIP in June, the document had one noteworthy addition: another new high school with at least 1,000 more seats. But whether that bump will be adequate, and how the county will pay for any school construction expenditures that exceed the $510 million budgeted through 2026 is unclear.

Forecasting student enrollment is no easy job. It’s an inexact science that mashes together quantifiable metrics, such as county birth rates and year-to-year changes in kindergarten enrollment, with factors such as new housing stock and turnover of existing homes.

Predicting space needs at neighborhood schools gets even trickier, says Arlington County Board Chair Libby Garvey, given that head counts fluctuate by grade. Schools can’t simply pull in kids from other districts to top off classes that aren’t maxed out. “You can’t get the perfect number of kids. They don’t come in neat packages” that fill up grade-specific classrooms, says Garvey, who previously served 15 years on the Arlington School Board. 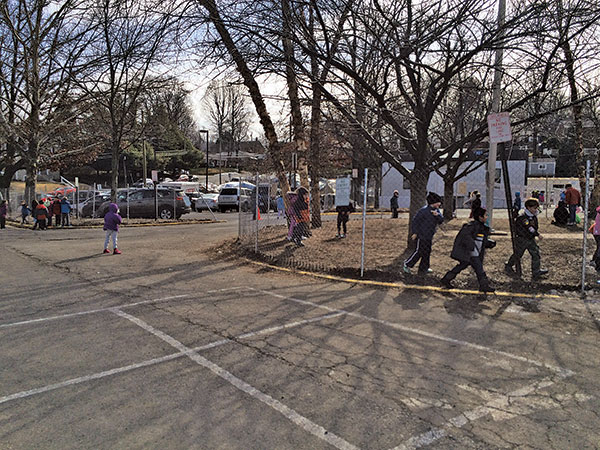 Recess at McKinley Elementary during the 2015-2016 school year. Photo by Valerie O’Such.

Back in 2006, demographers predicted that APS enrollment would fall from 18,450 to around 17,000 by 2011. Instead, the student body swelled by nearly 3,000 kids as the county’s birth rate climbed and APS saw its attrition rate fall from an average of 2 to 3 percent annually to less than 1 percent.

In retrospect, some observers say, there were warning signs. During the housing boom, the county saw an influx of families with young children as older residents took advantage of the sellers’ market and sold their homes. Then, “with the housing market collapsing and mortgages drying up, more people were staying put in Arlington,” says John Snyder, who back then served as vice-chair of the APS Facilities Advisory Council and president of the Douglas Park Civic Association. “Everyone kept saying, ‘I have never seen so many strollers.’ ”

APS still had surplus space when the student surge began and did not break ground on the first construction project to increase school capacity until September 2013. With the opening of Discovery Elementary and an addition at Ashlawn Elementary, as well as increases in maximum class sizes and internal modifications in various other school buildings, the school system says it has added the equivalent of 4,750 permanent seats (not including those currently under construction at McKinley) since 2006. But its population has grown by roughly 8,000 students over the same time period.
Now, as school officials brace for what they believe will be at least another decade of growth, they are playing catch-up. APS expects its student population to reach about 32,000 by the 2025-2026 school year. After that, forecasters predict the rate of growth will taper off, mainly because the numbers of Arlington’s incoming kindergartners and newborns have begun to plateau.

Some critics contend, however, that school officials could once again be missing some important variables. “As long as housing prices rise faster than wages, forcing many families into multifamily buildings, and the county board keeps approving significant housing stock expansion, enrollment will rise indefinitely,” says Gary Steele, an Arlington father of three and a member of the Arlington County Civic Federation’s Schools Committee.

The Arlington County Board greenlighted 3,750 new rental apartment and condo units in 2015, and has approved thousands more in 2016. Meanwhile, Arlington continues to welcome new families (mostly buying or renting existing homes), drawn by the promise of shorter commutes and good schools.

The growth spurt isn’t all bad news,  notes Arlington School Board member Reid Goldstein: “We are the beneficiaries of our own success. We’re not victims. We made good heads-up decisions and people want to move here. Our challenge is to manage growth appropriately.”