Arlington Sports Hall of Fame Rolls Out Its First-Ever Exhibit

New inductees to be honored at formal ceremony Wednesday night. 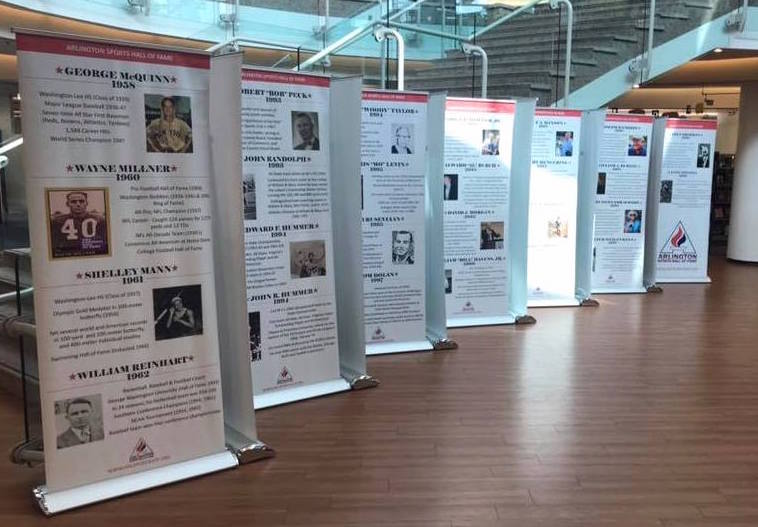 Since 1958, the Arlington Sports Hall of Fame has recognized some of the community’s most remarkable athletes, coaches and other athletic notables, including sports officials, journalists and administrators. Now, the organization has brought them together in its first-ever tangible display.

The exhibit—a series of panels with photos and career highlights of its 50 inductees—opened Sept. 5 in a ceremony at Arlington Central Library, attended by Arlington County Board members Libby Garvey and Erik Gutshall. The display will remain at the library through Sept. 21 before moving on to other yet-to-be-determined locations throughout the county.

“Anne was not only a world champion senior triathlete; she was a tremendous mentor and role model to the youth of Arlington, as a longtime administrator at Bishop O’Connell and as a volunteer at Taylor Elementary, Key Middle School, H-B Woodlawn, the Thomas Jefferson Center and the Arlington Food Bank,” ASHOF president Jim Smith told Arlington Magazine via email. 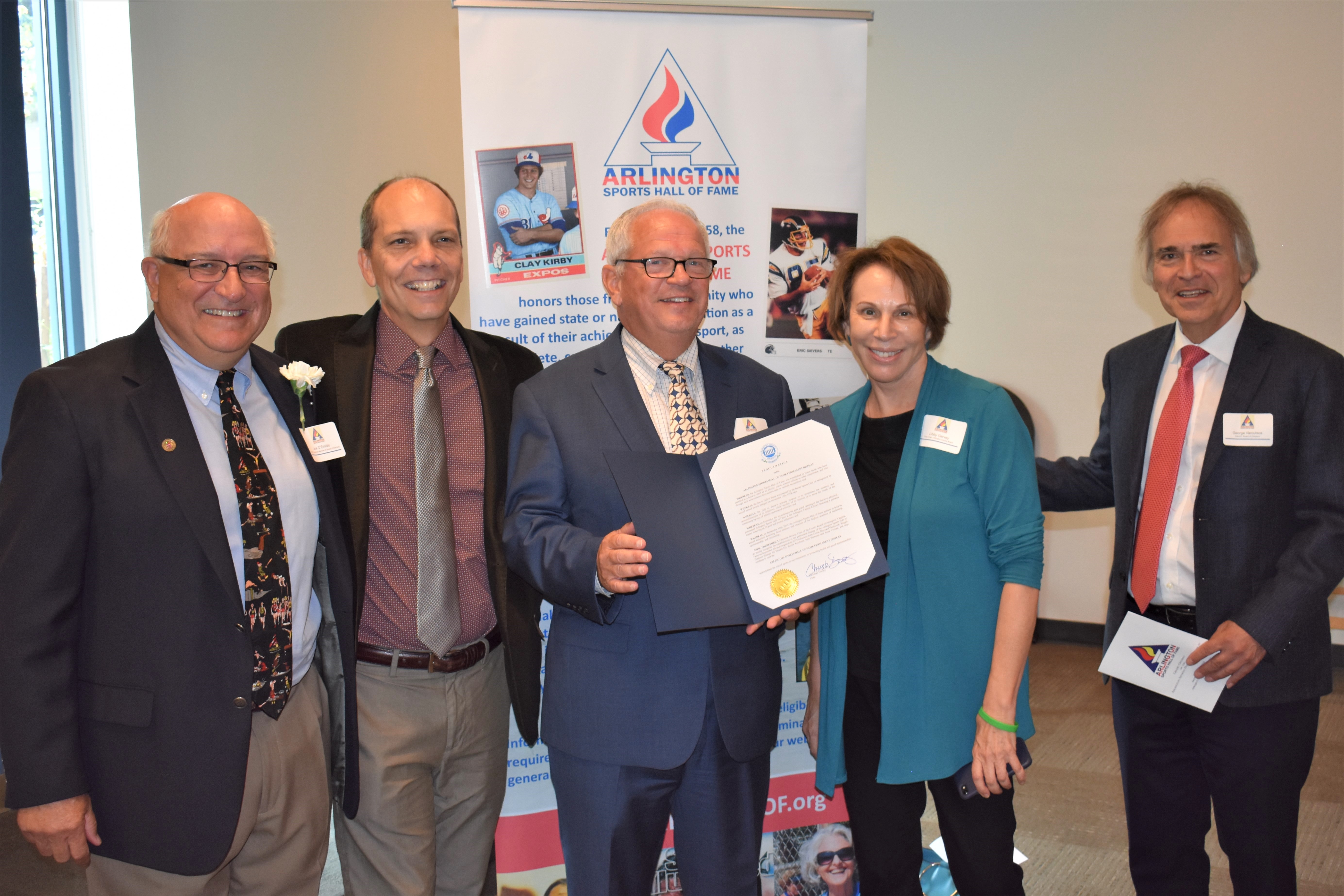 The Arlington Sports Hall of Fame, which became a nonprofit in 1992 after decades under the umbrella of the Better Sports Club of Arlington, has honored 50 local individuals (some of whom we’ve noted in recent years) over the past six decades. In future years, the organization also plans to sponsor youth teams and events, Smith says.

The annual Arlington Sports Hall of Fame induction dinner is co-sponsored by the Better Sports Club of Arlington. It will be held at the Knights of Columbus, 5115 Little Falls Road, on Sept. 11 at 6:30 p.m. Tickets are $35 and the event is open to the public.