From Arlington to L.A. and Back

After 12 years, our West Coast adventure has come full circle. Turns out you CAN go home again. 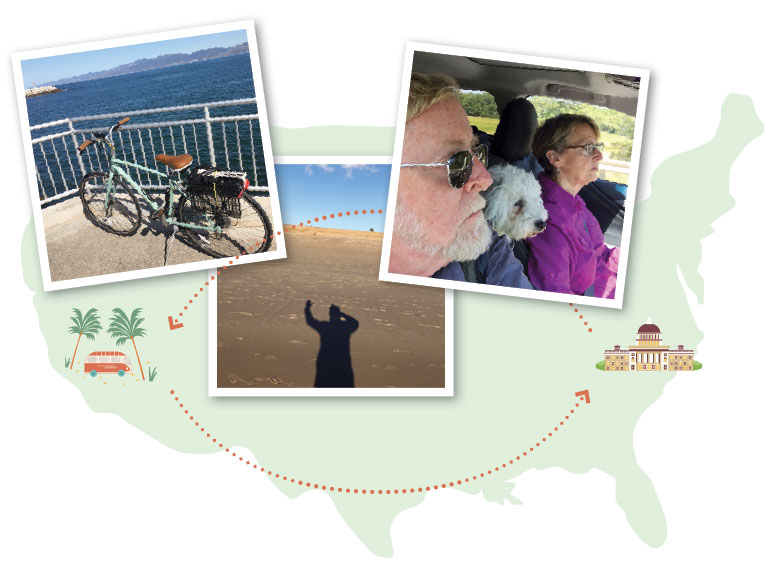 In 2009, my wife, Susan, and I left our home of 20 years in Alcova Heights to pursue job offers in Los Angeles. With our son just off to college, we were both ready for a next chapter of sorts. We rented our house out and planned to be gone for four years. We ended up staying for 12.

There was a lot about L.A. we Easterners were surprised to learn. Despite the glamor of palm-lined boulevards and gated Hollywood enclaves, most of its streets are flanked by low-rise, stucco strip malls of mom-and-pop doughnut shops, hair weavers, nail salons, taquerias, bodegas, barbershops, paycheck lenders and hamburger chains. L.A. is, in fact, a blue-collar town, with miles of factories and warehouses and a workforce to fill them. Most of the cars you see in those legendary Southern California traffic crawls are hourly wage-earners heading to and from work.

They are world-class drivers compared with the road warriors of D.C. who willfully speed up just to prevent you from merging. Maybe it’s the shared adversity, but there’s a kind of hive mentality in SoCal that’s all about flow. If you need to change lanes on the freeway, put on your blinker and someone will make space. No thank-you wave expected. We’re all in this together, dude; just keep it moving.

The dense traffic in Santa Monica and Venice nevertheless had us riding our bikes more and getting acquainted with the area’s bike culture as we cruised past hipster bars, crystal shops and boutiques that sell only Indian cotton underwear and free-range carrot-juice enema-cleanse kits.

One night, not long after I’d purchased a headlight for riding after dark, another cyclist pulled up next to me on an otherwise empty beachside path. He was wearing red board shorts and a sweatshirt, with a thatch of grizzly blond hair and facial stubble. He looked to be pushing a fit 40.

“Mind if I borrow some of your light, dude?” he asked in a gravelly surfer drawl. “Don’t have far to go. I’m Kenner. Lifeguard.”

I obliged and we pedaled along at an easy pace, shoulder to shoulder, in comfortable silence, feeling the breeze.

“Look, friend, I don’t want to be that kind of guy, but you oughta think about a topper,” he said after a while, tapping his helmet. “Some too-many-Coronas guy is out there somewhere, and he’s probably all in black, and you don’t want him to be the last thing you see when he trips onto the path and you both go down.”

I confessed that I had just bought a new helmet and then promptly forgot it at home in the garage. But I appreciated his concern and promised to wear it the next time.

As we approached the Santa Monica pier, Kenner jerked his head to the left, noting that he habitually cut through a parking lot along that stretch to bypass part of the bike path. “It ain’t about saving time,” he explained, “and it don’t matter much now, but by day everyone is getting out of their cars and standing around, blocking the path with all their beach junk, and you try to get by and you wind up hating on the mommies and toddlers and grandmas. Not good. That’s not why you’re riding, bro.”

With that, he thanked me for the light, tapped his helmet and sped off to some unknown destination.

In retrospect, I believe a lot of the people we met in our corner of the city had that sort of spiritual thing going on. It’s easy to joke about and surely a cliché, but at least there are folks making an effort to unclench the fisted modern soul.

We certainly felt less clenched after a dozen years out West. But one day it occurred to me that moving to a place like L.A. for the climate and vibe is a bit like going into palliative care. It’s just about keeping things calm and comfortable, until…

So, back east we came, in late 2021—to actual seasons and actual rain, adversity and overcoats, umbrellas and I-lost-my-gloves-again. To real life and a granddaughter.

Here are a few things we’ve noticed with fresh eyes, having left our hometown and returned after a long sojourn:

It’s clean in Arlington. On the trash front, L.A. is a failed city. People leave garbage everywhere and fill your can with their stuff when you’re not looking. Midnight trash pickers leave debris on the sidewalk. The trash collectors do, too. I bought a leaf rake out there just to gather the garbage. Now that we’re back, we don’t take Arlington’s tidiness for granted. It’s a social compact and a great public service.

Say what you will about teardowns, but in our absence, a lot of our neighborhood’s rickety bungalows and Sears kit houses gave way to actually-not-unattractive larger homes. Alcova Heights saw a spate of handsome but boxy Colonial brick replacements in the ’90s and aughts, but more recently the style seems to be trending toward a gabled, porch-y, farmhouse look, and I’m not complaining.

We left behind a quiet, aging community and returned to a stroller parade. Kids now chase each other across lawns and yell in yards and sled on the hills and bounce balls in driveways and ride little bikes on the sidewalks. We love it.

People look normal here. On the west side of L.A.—the part that’s all money and glam—everyone is perpetually camera-ready. Maybe it’s because every prom queen, cheerleader, high-school-play leading man or just so-good-looking-you-ought-to-try-modeling kid in the country moves there to see if their face can be their fortune. Gorgeous is the everyday scenery. Here, a lot more people look like us. It’s calming to be around people who aren’t constantly on the make.

L.A.’s Latino population has been there far longer than most Anglos (which makes sense, since the area was actually part of Mexico before Anglos showed up) and is thus deeply rooted in the community. Arlington’s immigrants tend to be more recent, and the pursuit of the American Dream is more apparent. A Somalian teacher our son had in preschool once said it plainly: “One generation! From can-I-find-a-job-here to my-kids-are-in-college! Where I come from, you couldn’t ever do that.” We can thank the school system and the welcoming hearts of our neighbors for that.

All told, it’s good to be back in this hopeful, tidy, well-managed place. L.A. was always interesting, and we made good friends whom we still see for Zoom cocktail hours. But it’s nice to be home.

To our Arlington neighbors: Rest assured I’ve got 2 cubic yards of mulch on the way to restore our gardens to max curb appeal. In the meantime, remember why you’re riding, bro. And please, drive with the hive.

Chris Thompson, a recently retired high-school English teacher, holds degrees from Georgetown University and Catholic University and worked at the original 9:30 Club in D.C. He became an Arlington resident in 1977 and has owned a home here since 1988. 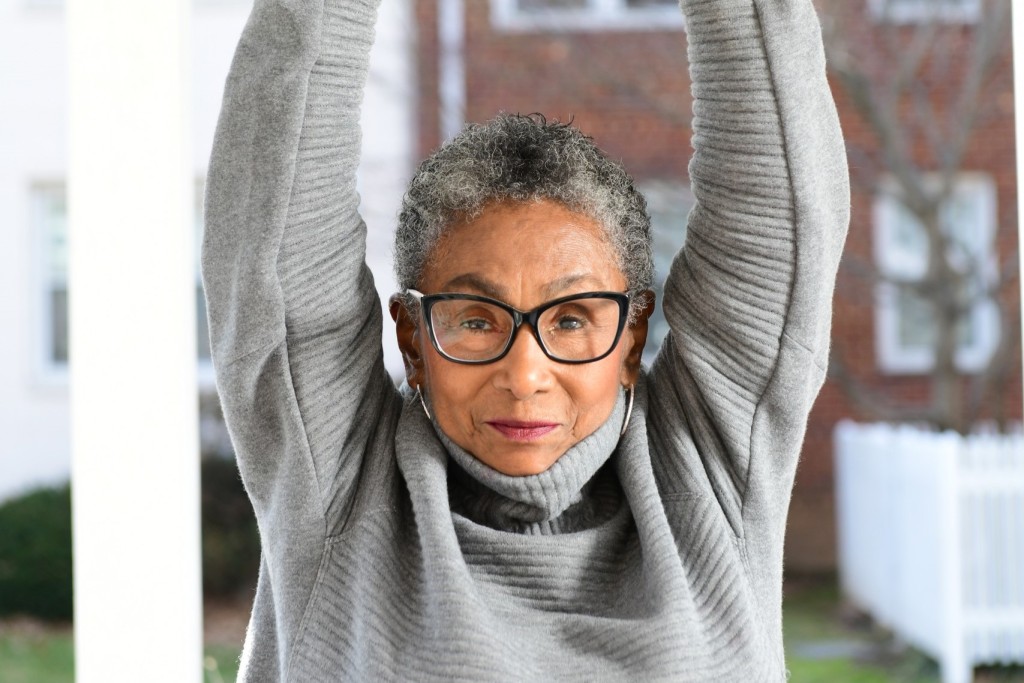 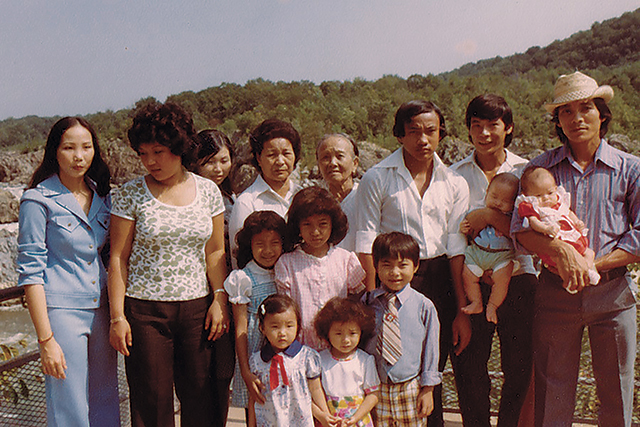 An American Dream: From Vietnam to Arlington 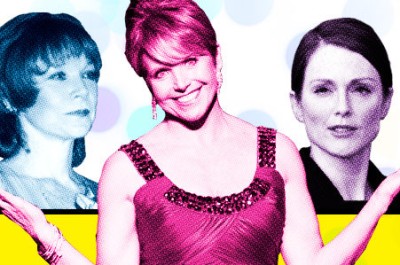 13 Celebrities Who Grew Up Here