Buyers pay top dollar for these upscale enclaves just outside the nation's capital.

Home prices are steep in Arlington, where a suburban lifestyle, old-growth trees and immediate proximity to the District offer considerable appeal.  And these parts of the county are the priciest of them all. The following rankings, based on 2018 home sales, were drawn from a chart listing average sales prices and other real estate metrics in more than 300 area neighborhoods, with data provided by Bright MLS. The full chart appeared in the March/April 2019 issue of Arlington Magazine. To be included in the full chart, a neighborhood had to have had at least 15 total sales during the past five years.  The list below excludes condo buildings. 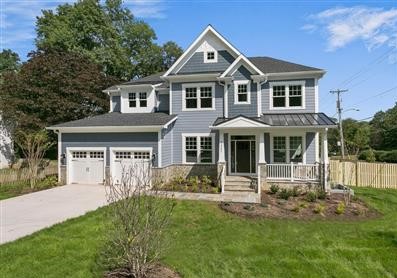 Most of the original homes in this family-oriented neighborhood were built between 1940 and 1970, though in recent years many older homes have been replaced with new construction. Bordered by Williamsburg Boulevard and North Powhatan Street, Williamsburg Village is home to one of the original boundary stones of the District of Columbia.