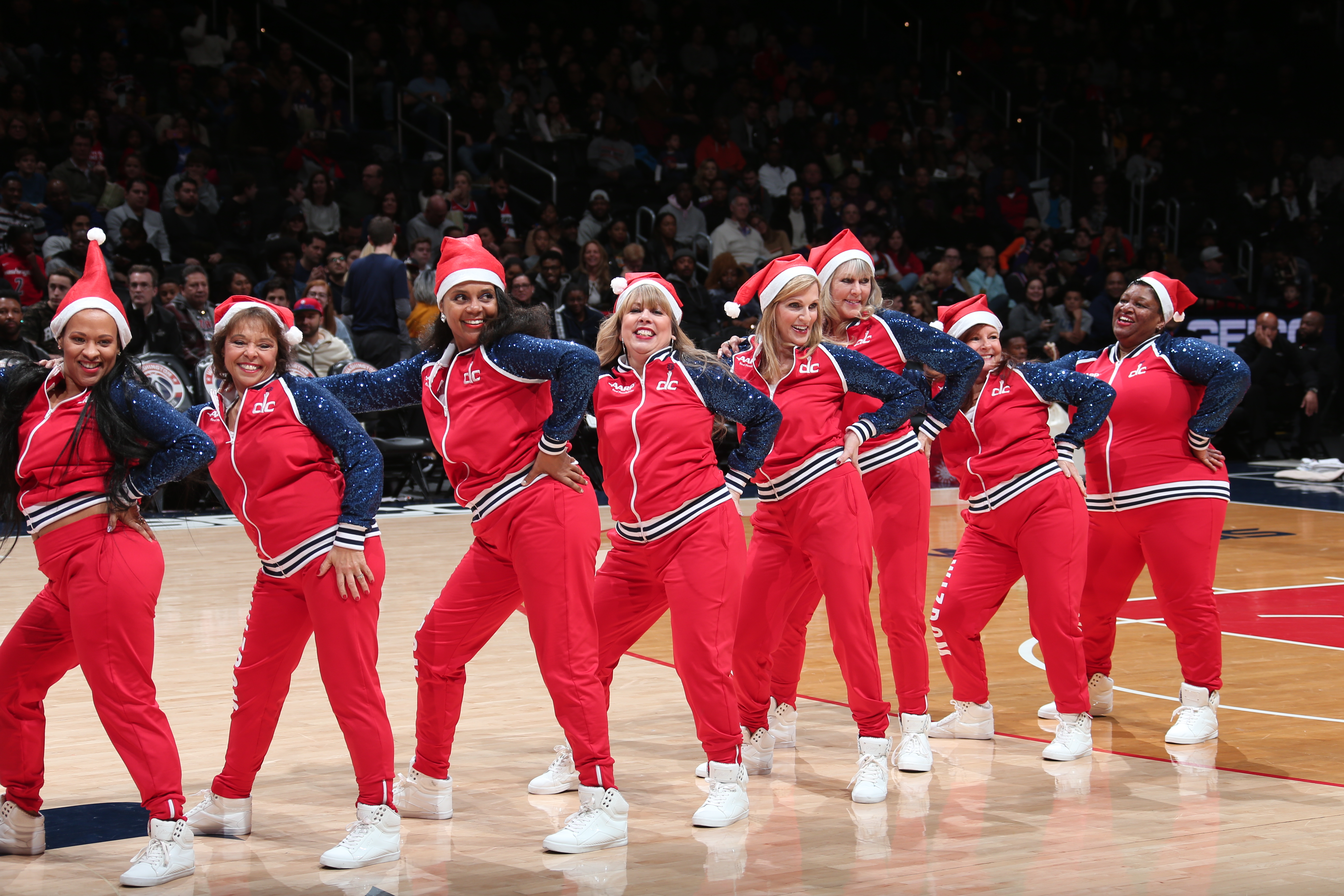 Northern Virginia shoppers may know her as Auntie Te, but Theresa Cizmar does a whole lot more than manage a long-running consignment shop with a storefront on the edge of the Mosaic District (and a pink mobile Fashion Bus, which you may have seen at various street festivals and local events). She founded Auntie Te’s in 1987, operates redecorating business Refresh Your Nest with her older daughter and runs half-marathons in her spare time. Last fall, the 64-year-old joined the inaugural Washington Wizdom dance team. Qualifying age? 50 and up.

The team of dancers, whose oldest member is 76, performs at a couple of Wizards games each month during time-outs, and occasionally during halftime. Cizmar, who grew up in Alexandria, spoke to us about her experience on the team—including the fact that her younger daughter, a professional dancer who has worked with Lady Gaga, is now “a worse stage mom than I ever was” when it comes to critiquing Cizmar’s makeup and performance videos.

Tell us about your history as a dancer.

Dance has just always been a part of my family; every celebration we danced. I danced in high school with the dance team, I was also a cheerleader in high school. I danced with Wolf Trap Repertory for a few years, just auditioned various things.

In a mini documentary on the team auditions, you say you heard about the opportunity from a friend?

Yes, Cindy. She is a former Redskinette. Cindy saw it in The Washington Post and said it would be a hoot. No idea it would be what it was. The minute I came in, I was terrified. They took head shots, they had tables set up for separate things, there were cameras everywhere.

Was the audition process stressful?

The only part that was nerve-racking was the end. It was just your basic audition where you do a warm-up and then you learn the combination, and then you perform the combination in front of judges. But I didn’t expect that my little group of five would go first. That’s when I almost vomited.

You also mentioned that you’re a breast cancer survivor, diagnosed 16 years ago?

It was 18 months of treatment, four surgeries. I had played soccer for 30 years. And the surgeries that I had, there was nothing physical that you could do in the way of exercising; I couldn’t even stand up straight for about eight months. For someone who was always physically active—I also taught aerobics for a very long time—it really undid me that I wasn’t able to be physically active anymore. I found out the only thing I really could do was ride a bike, so I did that. Some of the dance steps are a challenge, but I don’t talk about it—I just want to be in there.

As someone who went through cancer treatment, how important would you say it is to have survivors to look to for strength?

It’s everything, because when you first get cancer, the first thing you think is, I’m gonna die. I gravitated toward anybody who said, “I’m a five-year survivor. I survived what you have.” “I’m ten years out.” The farther out it was, the more hope it gave me. So that’s why when I mentor women [she has mentored for Livestrong], that’s what I always start with. I had pretty advanced stage cancer, and I’m here talking about it. I think it’s really important—it kind of makes me emotional because I didn’t think I’d ever really be able to play that role. 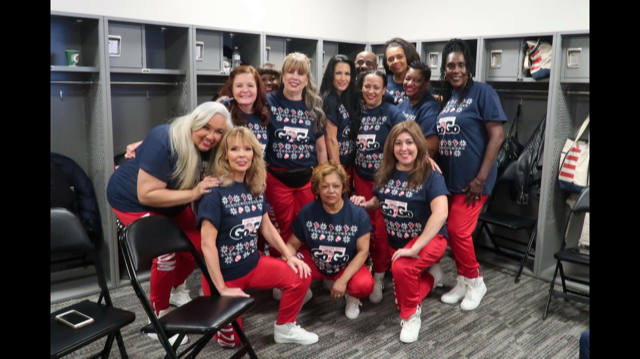 Describe the reaction from the crowd when you all are dancing.

The first game, when we did the “Tootsie Roll,” our coach was like, “You all are not ready for what this crowd is going to do when you all hit this move.” And we were like, “Yeah yeah.” Oh my God, they stood up and started whooting and screaming. And when we came out of the tunnel, all the cheerleaders were high-fiving. We all did a huge group hug and were crying—we were in tears because we did not expect it. Our coach said it really was the pinnacle of his career; he was just overwhelmed by it.

Afterward, when we’re walking out and we’re going to our cars, people always stop and they’re like, “Oh my gosh, you guys were so much fun.” We’re not out there inspired to be perfect dancers—we’re really out there to show that everybody can dance.

In an environment where many women are constantly chasing after youth, what’s your philosophy toward age?

At our age, one of the reasons this is so exciting is because you think, “What’s next?” I’ve always worn makeup, I look the best that I can be, and then I throw it out there. You’re not going to change the fact that you’re aging. You’ve just got to kick ass at every age you can be. 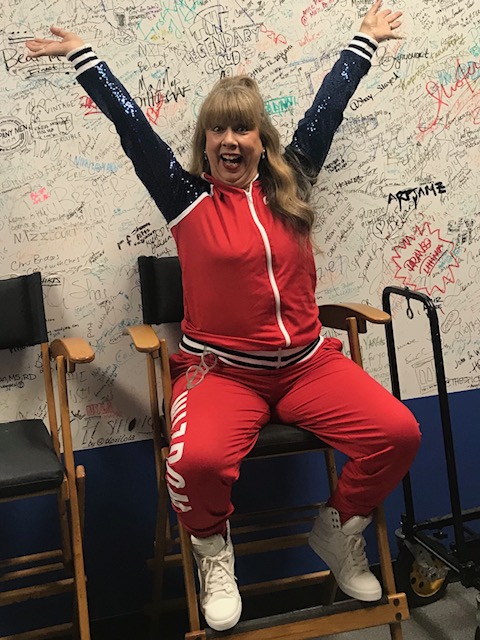 What would you say to women who would love to do something like this but are afraid to put themselves out there?

You have nothing to lose and everything to gain. Even if you just come out to an audition and you make friends. We were all friends [immediately] because the process took four or five hours. By the end of that, I think I would have been depressed if I hadn’t made the team because there are so many positive, wonderful women who do this.

I think that’s the beauty of this team too: I’m finding women that are the same age as me, but they’re not old. They’re spirited. They’re fun. They have the same kind of general outlook on life. I went to my high school reunion, and I thought, “Who are all these old people?” There’s “old” and then there’s, “OK, I’m this age.” I don’t think of myself as old.