Bistro 360 Caters to All Tastes and Sizes

Brought to you by the owners of Cassatt’s Kiwi Café, Rosslyn’s newest bistro has something for everyone, including kids.

I live right around the corner from Cassatt’s Kiwi Café, and I’ve watched it evolve from a curiosity when it opened 12 years ago (food from New Zealand? What’s that?) to a local hangout that’s constantly packed. I love the place, but you seriously need to go in with a strategy if you want to get a table.

All of this is to say that the owner, Art Hauptman, has a good thing going. And it looks like he’s successfully transferred that special sauce to Bistro 360, which recently opened on a stretch of Wilson Boulevard between Rosslyn and Clarendon that, years ago, seemed like a no-man’s land. Now, there are condos going up everywhere, and Ben’s Chili Bowl, across the street, is a local attraction.

Bistro 360 is divided into three parts—a restaurant; a small wine bar; and a market that sells wines, cheese, fresh bread, and party-friendly foods. 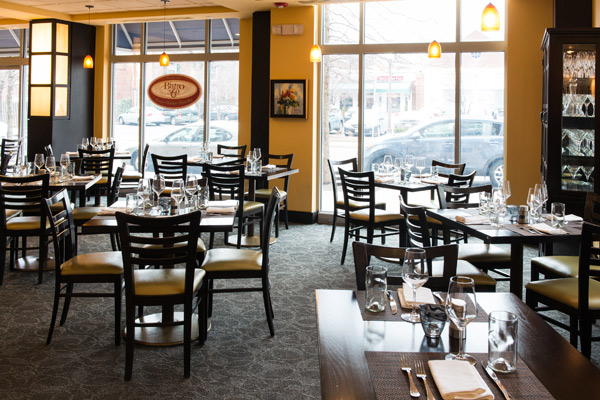 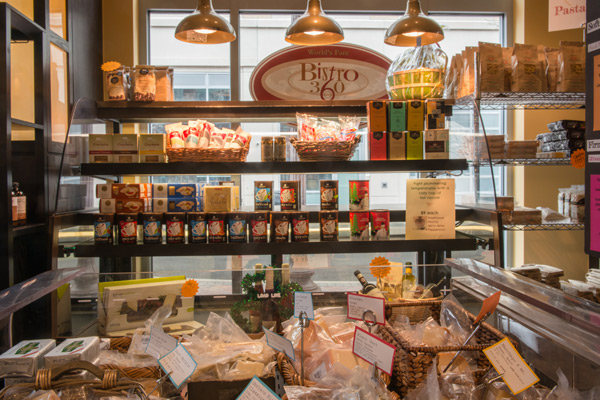 The name, 360, is a reference to “the best of the world’s fare,” so my sons and I tested out dishes with Asian, Central European and French influences. 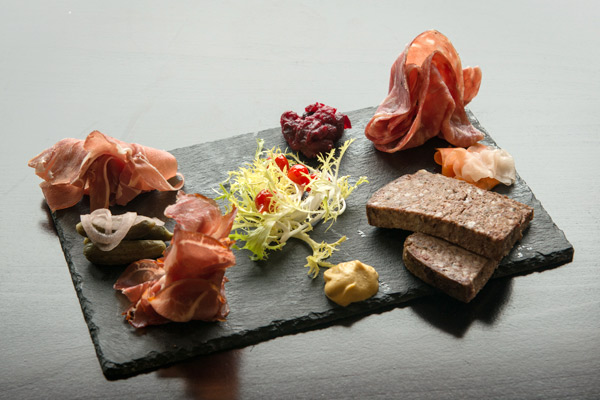 “Chal approved!” my younger one said as we scarfed down the crispy-crunchy hoisin BBQ wings. “Wing game, on point,” 13-year-old Henry agreed. This, apparently, is middle-school speak for high praise.

Our waitress was beyond lovely, cheerfully replacing a glass of ginger beer that Henry didn’t like—because it’s made with real ginger, I suspect. And she responded to my inquiries about good wine pairings for the food with—good wine pairings!

(Interestingly, our meal included an amuse of crostini with eggplant “tartare” and a finish of tiny shortbread cookies. I would never have expected those highlights in this kind of casual, moderately-priced restaurant.)

Next, we tried the khachapuri (Georgian cheese bread), which is essentially a piece of crisp flat bread oozing with melted cheese and a fried egg on top. I took the egg piece, which tasted like brunch made in heaven, and the boys turned the rest into a disappearing act.

For dinner, I asked Henry to get the lemongrass pork chop, which came with a side of bacon-studded gnocchi (need I go on?). He still might not know that the tasty sauce on chop was a kimchi purée—but either way, he went to bed saying that Bistro 360 was the best restaurant he’d been to. I am not making this up.

My younger one had the Asian-glazed duck. I’m not sure it’s possible to mess up a good duck with Asian-tinged barbecue on top—and they certainly didn’t. My own PEI mussels, in an herbed wine broth, were just what one would expect in a good bistro. The frites were too, I think. (Not sure, since the boys stole most of them.) 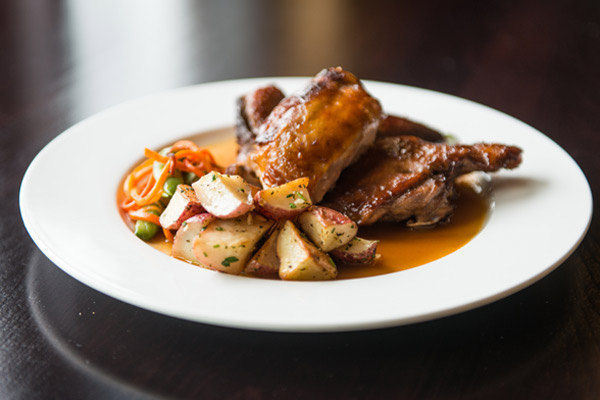 There’s certainly a lot a restaurant can do to refine and improve things like menus and ingredients, but it’s always a mystery as to how you create atmosphere. Cassatt’s has it, and Hauptman has brought it to Bistro 360, too.

Given the friendly service and the Gen-X play list, it’s not surprising that 360 already has its regulars. 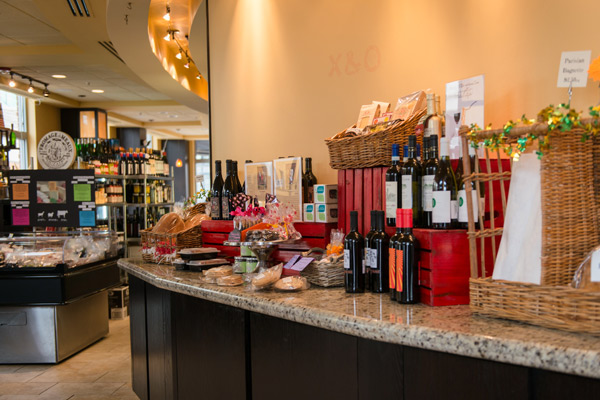 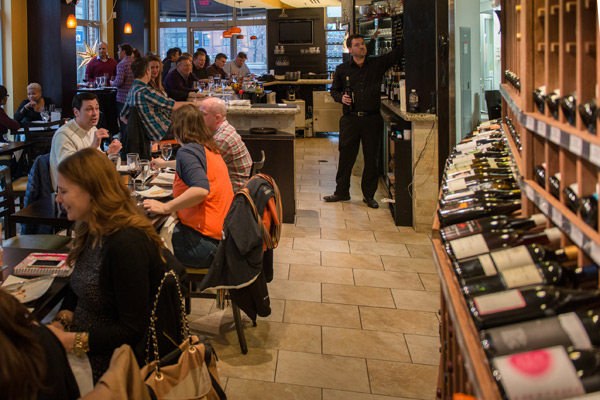 “Hey, was dinner good?” the host called out to one diner as he was leaving. “It was great, man! Every time—” he replied. Even after the dining room closed at 9, the wine bar (open until 10) was still brimming with folks hanging out on a lazy Tuesday night.