A boy and his bird are reunited with a little help from a kind neighbor. 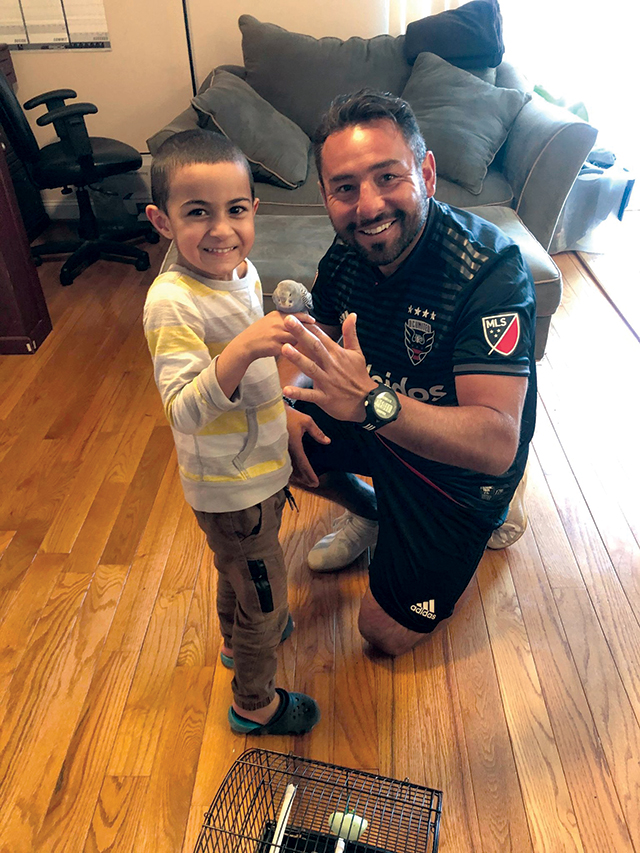 In September, Cristian Michel was going about his day when he spied a couple of men comically attempting to capture a parakeet in the middle of the street in Shirlington. He grabbed his phone to record the mayhem, but then thought of his mom, who loved parakeets. He’d had several as a boy.

After the bird was retrieved, Michel, a youth soccer coach, offered to take it to the nearby Arlington Welfare League of Arlington, but the nonprofit was closed. So he took the little creature home for the night and posted a photo on social media.

By the next day, helpful Arling­tonians had found the bird’s owners, leading Michel to the doorstep of Farzal Ahmed’s house in Alcova Heights. That’s when he learned that the bird was named Bluey, and that it was one of three brand-new pets that had escaped the day before when their cage was accidentally left unlatched. Ahmed’s children, Muzammil, 4, and Maira, 2, had been crestfallen. “Even though the other two are gone, at least we have [Bluey] back,” Ahmed says. “[My son] doesn’t want to let him go.”