With federal dollars drying up in Arlington, county leaders are hoping to build a new and different business landscape. 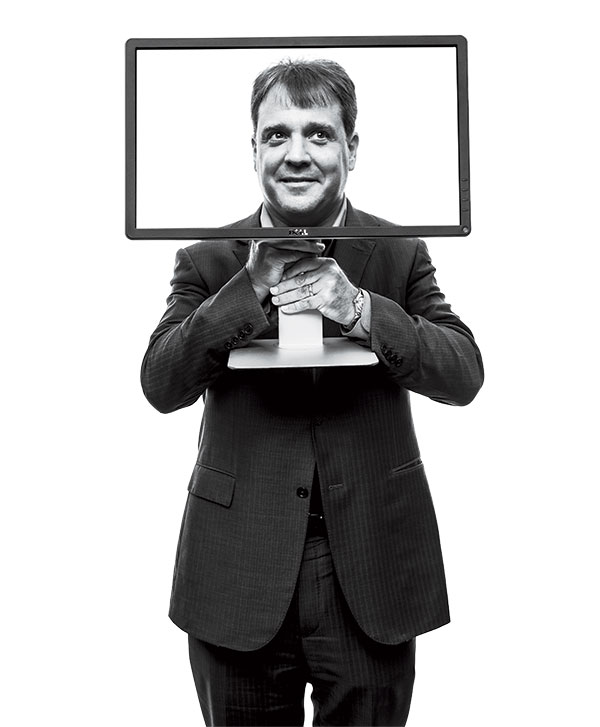 For decades, the county relied heavily on government agencies and contractors to keep its economy afloat. At times, it even seemed impervious to downturns that rocked other parts of the nation.

But with the triple-whammy of military retrenchment (BRAC), federal spending cuts (sequestration) and increased competition from neighboring jurisdictions in recent years, many of those employers have started skipping town, like water gushing down the drain.

And now that today’s companies generally use less square footage, thanks to teleworking and collaborative workspace design, some of Arlington’s once-thriving office buildings feel like hollowed-out shells.

By the time Victor Hoskins came on board to head up Arlington Economic Development (AED) in January 2015, the county’s commercial vacancy rate had hit an all-time high of 22 percent, and landlords weren’t the only ones feeling the pain. Empty offices mean fewer job opportunities countywide, fewer customers for restaurants and other service businesses that rely on the office crowd for their livelihood, and fewer tax revenues to fund local needs for emergency responders, parks and schools.

Now Hoskins and other officials are trying to fill that tub back up—by bringing in a new wave of companies. Their goal: to have the vacancy rate down to 10 percent in five years.

A decade ago, government agencies and defense-related businesses accounted for 28 percent of the county’s economy. Today, they represent 23 percent. Still significant? Yes. But not quite the force they once were.

Hoskins, meanwhile, is bullish on technology firms, noting that Arlington has already seen some homegrown tech startups rising to star status. Chief among them is Opower, a green-technology firm whose software helps utility companies save their customers money by monitoring and lowering their energy consumption. Founded in Arlington in 2007, Opower went public in 2014; in June, it sold to Oracle for $532 million. But the company isn’t leaving town. The majority of Opower’s 600 employees work in Arlington. Soon it will move into larger quarters in Courthouse, where it plans to expand its local workforce by another 70 employees.

County officials have been quick to leverage that cachet in their efforts to lure other tech companies to Arlington. Last year, Richmond-based Snagajob—whose digital platform matches hourly workers with hourly employers—opened a satellite office on North Glebe Road. It’s now the company’s fastest growing office, having increased its workforce from 30 to 80 employees in the past year.

Not only does the tech industry promise higher-paying jobs, but it also has a ripple effect. Each tech job creates five other private local jobs, Hoskins says, as tech workers go to the dentist, eat dinner out, drop off their dry-cleaning and buy things on their lunch break. Which explains why Hoskins and his team at AED have been recruiting heavily at trendy conferences like South by Southwest (SXSW). They’ve also begun staging competitions for startups, such as Ballston’s LaunchPad Challenge, and offering funding incentives to certain companies that set up shop in Arlington.

Of course, targeting technology entrepreneurs does mean going head-to-head against powerhouse regions like Silicon Valley. How can Arlington County sell itself as the better option when so many locales are similarly clamoring to attract tech businesses?

Sean Mallon, a former venture capitalist who now serves as associate vice president for entrepreneurship and innovation at George Mason University, says that Arlington still enjoys a key advantage that other regions don’t: having the federal government in its backyard. Arlington also boasts a relatively young talent pool, a more affordable cost of living—at least in comparison to places like the San Francisco Bay area—and a highly educated workforce. (County officials love to brag that 72 percent of Arlingtonians 25 and older have a bachelor’s degree at minimum—the highest rate in the nation.)

Five tech sectors have recently emerged as the county’s new economic darlings: education, medical, data analytics, cybersecurity and energy/environment. Companies in these spheres are successfully tapping into the area’s natural resources—such as retired military leaders who are available to staff cybersecurity startups. And they are capitalizing on the reputation of incumbent successes like Opower to work as recruiting magnets.

But wait. Arlington’s office vacancy woes did stem, in part, from an overreliance on the defense industry. Is the county once again putting all its eggs in one basket with technology? Local officials say no. Because the five types of tech companies are diverse enough to be operating in different sectors.

And many of those sectors are poised to explode, predicts Donna Harris, co-founder and CEO of 1776, an incubator that offers startup funding and services to entrepreneurs. (Founded in D.C., 1776 now has incubators worldwide, including one in Crystal City.)

As modern life has largely moved online—where we do everything from dating to shopping—the holdout has been old-school, government-regulated areas like education, health care and energy. Arlington is particularly well suited to fill those gaps.

“When you talk about this being a government region, it’s usually said with a negative tone, but it’s actually hugely positive,” Harris contends. Arlington’s assets include people who understand government regulations, subject matter experts, national conferences, and access to Congress and federal agencies. “It’s really a who’s who list of the institutions, enterprises and companies that know the ins and outs of the industries that are next for disruption,” she says.

Incubators like 1776 and EasternFoundry (which has offices in Rosslyn and Crystal City) are seeking to feed Arlington’s tech boom by offering mentoring, training, workspace and networking. Local startups also are benefiting from new co-working spaces—such as the CoWork Café in Clarendon and Make Offices in Rosslyn—that allow them to save overhead, and by “maker spaces” like Crystal City’s TechShop, which houses equipment like 3-D printers and other prototyping tools that startups can use in exchange for a small membership fee, instead of having to buy their own.

Still, Arlington may need to give up some of its old ways of doing business if it hopes to be more nimble and competitive. Kate Bates, president and CEO of the Arlington Chamber of Commerce, says that cutting red tape will be key to developing new business opportunities. “That continues to be a struggle as the county balances having a great deal of citizen input and having the project moving along in a timely manner,” she says.

Arlington’s leaky bathtub problem isn’t completely fixed. Although tech startups often grow at hyper speed, it will take a lot of them to make up for the recent exodus of large employers like the U.S.

Patent and Trademark Office and Northrop Grumman. The new business coming in represents a trickle, compared with the gush that has left. And there’s still that fear that other large employers will leave.

“The first thing is, close that drain!” Hoskins says, noting that roughly 60 percent of his time is spent on retention.

“The jury is still out on whether it’s a good news story or not a good news story,” says GMU’s Mallon. But there is something to be said for Arlington’s workforce. As local startups get bought, the people are a big part of the value, he says, so buyers may be reluctant to leave Arlington if it means losing key staff.

Maybe Arlington can find a new sweet spot that merges the best of both worlds.

“We’ve evolved into a much more balanced business community,” Bates says. “Our government contractors are still a key part of the economy. [But] we’ve also turned into this hub of innovation.”