The Storied History of Chain Bridge

Spanning a narrow stretch of the Potomac, this local landmark has provided passage for Civil War soldiers, bootleggers and more. 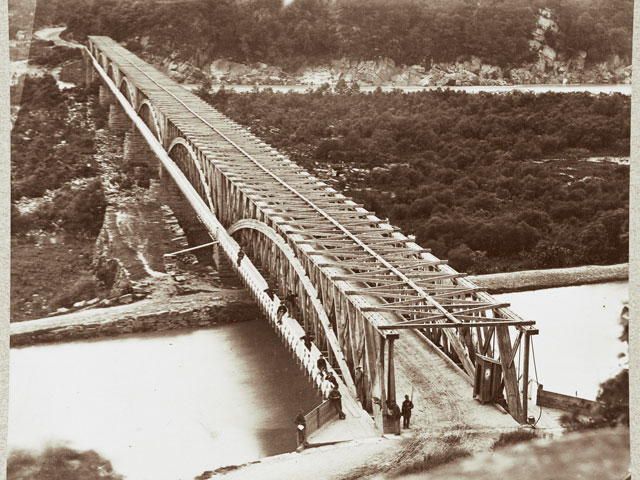 Chain Bridge during the Civil War. Photo courtesy of Library of Congress

Commuters may think of Chain Bridge as a quaint and sometimes congested bottleneck prone to traffic accidents and road closures. But the 1,350-foot-long expanse that connects Arlington to D.C.’s Palisades neighborhood—crossing both the Potomac River and the C&O Canal—is also, literally and figuratively, a link to our nation’s past.

Over 223 years, no fewer than eight bridges have been built across this narrow section of the Potomac, alternately serving as a trade passage, an escape route, a Civil War battle line and a beloved local fishing spot.

“Like all kids, we used to explore. My stomping ground…was Chain Bridge,” says Jim Fearson, 84, who worked at a gas station near the bridge as a teenager. That familiarity led him to write a 1991 article about the history of the structure for the Arlington Historical Society’s eponymous magazine. “It was always a waypoint for locals.” 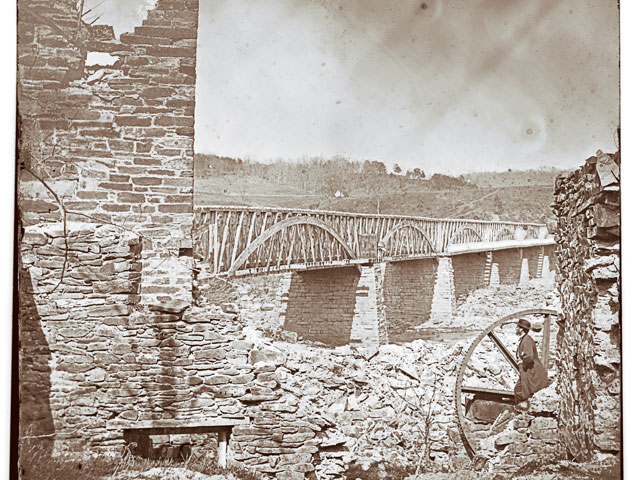 A Civil War-era photo of Chain Bridge. Photo courtesy of Library of Congress

In 1797, three years before Washington, D.C., became the seat of government, a covered wood bridge, constructed with iron pins and lead, was built as an alternative to ferry service connecting Virginia’s farms to the burgeoning port of Georgetown. It was called “Falls Bridge,” according to Arlington Public Library records, and operated as a toll bridge, costing pedestrians 3 cents to cross and an additional 5 cents for those traveling on horseback (more for covered wagons and livestock).

The bridge’s location had been chosen not only for its proximity to the Georgetown markets, but also for its low-lying terrain. “If you look at the topography, that’s the only break in the Palisades,” with its steep line of cliffs, Fearson says.

After the original Falls Bridge collapsed in 1804 under the weight of some hefty cattle, a second wood bridge was built and subsequently destroyed by high water and ice within six months of completion. That’s when engineers decided to try a new design whereby the load-bearing part of the bridge would be held up by wrought-iron chains. Inventor James Finley had built and patented the first suspension bridge in Pennsylvania’s Westmoreland County a few years earlier. 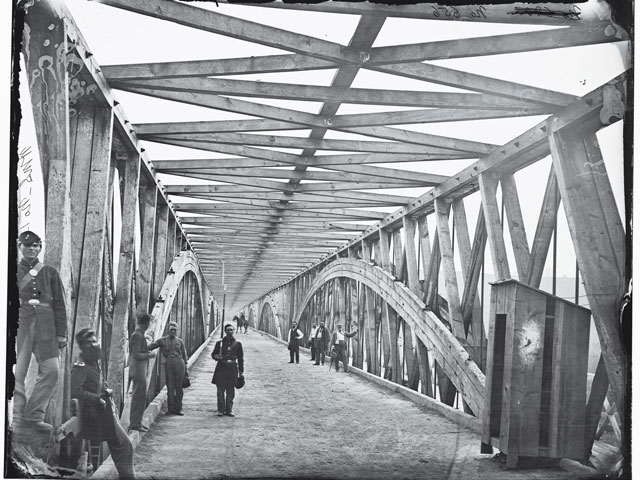 Union soldiers on the bridge during the Civil War. Photo courtesy of Library of Congress

The replacement bridge became the first of many so-called “chain bridges” completed after 1804 at this site. The floor of the structure was suspended from two massive wrought-iron chains attached to stone towers on either shoreline. Each link in the chain measured four feet and was 1¼-inches thick.

“It swayed when you went across it,” says Carole Herrick, president of the McLean Historical Society and author of the book, Ambitious Failure: Chain Bridge, the First Bridge Across the Potomac River.
Though the suspension model proved superior at handling weight-bearing loads, the first chain bridge was irreparably damaged by high waters in 1812. “[In the early years], that bridge was continually being washed away by floods because it was built much lower,” Fearson says. “Somebody finally got smart and raised those piers up.”

Later iterations of the structure kept the suspension design as well as the name—prompting it to be forever called “Chain Bridge.”