Celebrate the season the old-fashioned way in this historic Virginia town. 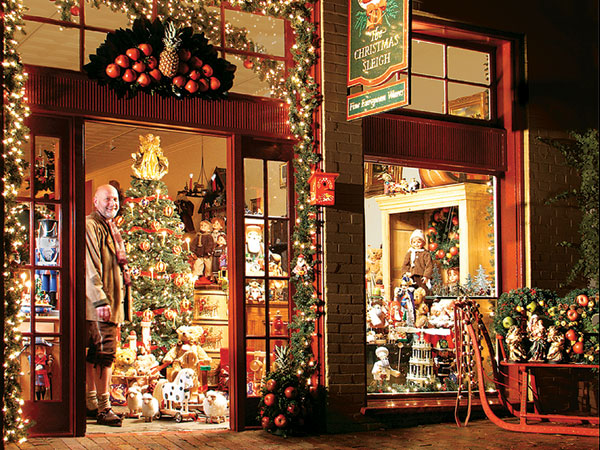 It’s a brisk Saturday in early December as more than 90 mounted equestrians parade down Washington Street amidst a sea of rosy-cheeked spectators. Twenty eager hounds flank the lead horse as the rhythmic clippety-clop of hooves is punctuated by the occasional neigh.

Neatly clad in tailored red and black hunting jackets, the riders could easily be taken straight out of the popular PBS series Downton Abbey. Except the setting isn’t the English countryside, and the characters aren’t paid actors.

Rather, they are members of the Middleburg Hunt, established in 1906, one of several local hunt clubs. And they’re heading for the hills just outside of town, where they’ll spend the day chasing foxes (which, for the record, will be left unharmed). It’s just one of the time-honored rituals still observed and practiced in this charming town, once a Colonial stopover and now among Loudoun County’s poshest ZIP codes.

Many of Middleburg’s traditions date back centuries. The village was founded in 1787 by Revolutionary War Lt. Col. and Virginia House of Delegates member Leven Powell, who purchased the land that is now Middleburg for $2.50 an acre from Joseph Chinn, first cousin to President George Washington. Powell named it Middleburg because it rests at the halfway point between Alexandria and Winchester.

Over time, this outpost 43 miles west of Arlington—an area marked by rolling pastures, stone fences and stately fieldstone mansions—has steadily gained a reputation as the “nation’s horse and hunt capital.” It became a destination for fox hunting in the 1920s and 1930s when rich Northerners moved down from Long Island in search of new hunting grounds.

During his presidency, John F. Kennedy and Jacqueline Kennedy visited more than once to saddle up and participate in the fox hunts (the family owned an estate on nearby Rattlesnake Mountain in Fauquier County). Today, celebrity sightings, including of actors Robert Duvall (who owns a home in The Plains) and Tom Selleck, are not uncommon. 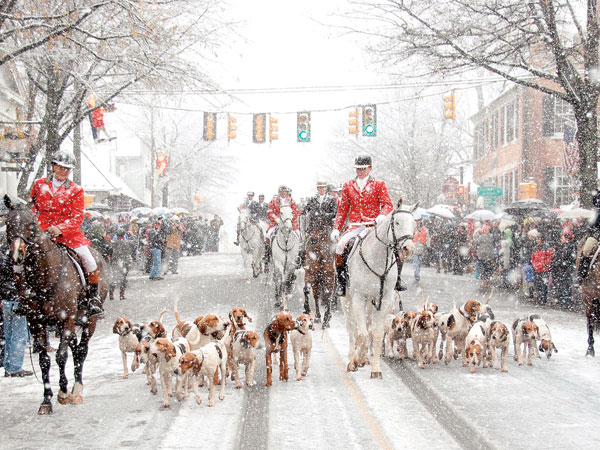 That’s a notable measure of star power for a town measuring only 384 acres with a population of roughly 750. But Hollywood legends aren’t the only ones flocking to this quaint destination—particularly during the first weekend in December, when the main streets are lined with twinkling fir trees and the mood is festive. The annual “Christmas in Middleburg” celebration, a weekend-long extravaganza of yuletide events, attracts more than 10,000 visitors each year.

This 33-year-old tradition was originally started by local residents as a way to kick off the holiday season, says Punkin Lee, one of the four original organizers and owner of Journeymen Saddlers on West Federal Street. Over the years, she says, Christmas in Middleburg has also become a way for businesses to attract visitors, yet the festivities haven’t lost their small-town feel. Here are some of the main attractions scheduled to take place this year from Dec. 4-6:

Breakfast with Santa and Silent Auction (8-10:30 a.m. Dec. 5, Middleburg Community Charter School, 101 N. Madison St.; 540-751-2490). Although the same local resident has been donning the red suit for about a dozen years, Santa’s identity is a well-kept secret, according to Jim Herbert, Christmas in Middleburg’s main organizer. Breakfast is $10 per adult; $5 per child 12 and under. A photo with Santa is $10 per print; $5 per emailed digital image. Local merchants donate items that are auctioned off to benefit the Middleburg Community Charter School.

The Middleburg Hunt & Hounds Review (11 a.m. Dec. 5, along Washington Street). Mounted equestrians meet behind the Red Fox Inn & Tavern to enjoy a “stirrup cup” (typically a swig of port) before parading through town and into the hills for an annual holiday fox chase. Park by 10 a.m. if you want to see the Hunt Review, Herbert recommends. Parking is available for $5 per vehicle, starting at 8 a.m. (cash only) at Mickie Gordon Memorial Park, 22670 Carters Farm Lane. Price includes parking, shuttle service (pets on leashes allowed) and a program guide. 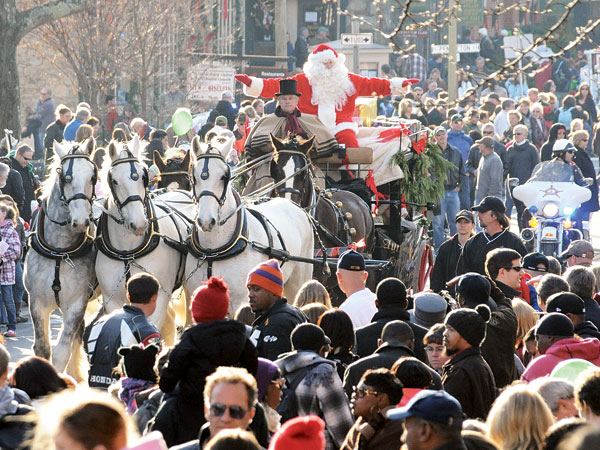 Spirits of Middleburg (3-6 p.m., Dec. 5) is a progressive tasting of wine, food, ciders and distilled spirits that stretches from one end of Washington Street to the other. Merchants and restaurants will offer tasting flights for a modest, pay-as-you-go fee. A featured stop is Mt. Defiance Cidery & Distillery, which is housed in a restored 1949 Sinclair gas station and run by Arlington native Marc Chrétien. The distillery offers locally made hard ciders and liqueurs, as well as absinthe served over handmade sugar cubes.

Annual Christmas Pageant (2 p.m. Dec. 6, Engelhard Gymnasium at Foxcroft School, 22407 Foxhound Lane). The free performance by Foxcroft students is based on the Gospel of Luke and the story of Christ’s birth, featuring a live animal Nativity. 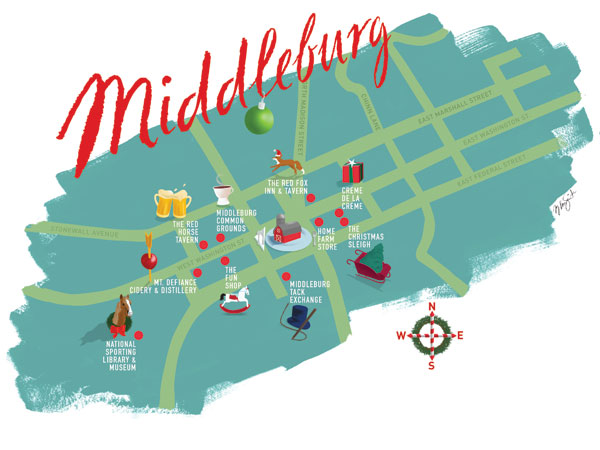 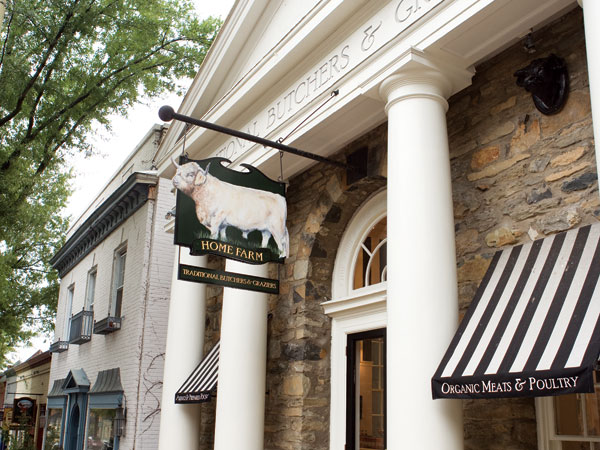 This restaurant and pub offers casual dining (burgers, sandwiches, fish and chips) on the far side of town. Open for lunch and dinner, 11 a.m. to 10 p.m. 118 W. Washington St. (no website)

With its iconic rocking-horse sign, the Fun Shop offers something for everyone, including barware, kitchenware, china, candles, figurines, bedding, greeting cards, toys, children’s books, and a large selection of equine and fox-themed gifts and décor. 115 W. Washington St.; www.thefunshop.com

For more details on these and other seasonal events in Middleburg between Thanksgiving and New Year’s, visit www.christmasinmiddleburg.org or follow the Twitter handle @XmasMiddleburg.