Clarendon Has a New Boutique Gym

Kim Kardashian and Jessica Biel swear by Barry's. I tried a workout there. Here's how it went down. 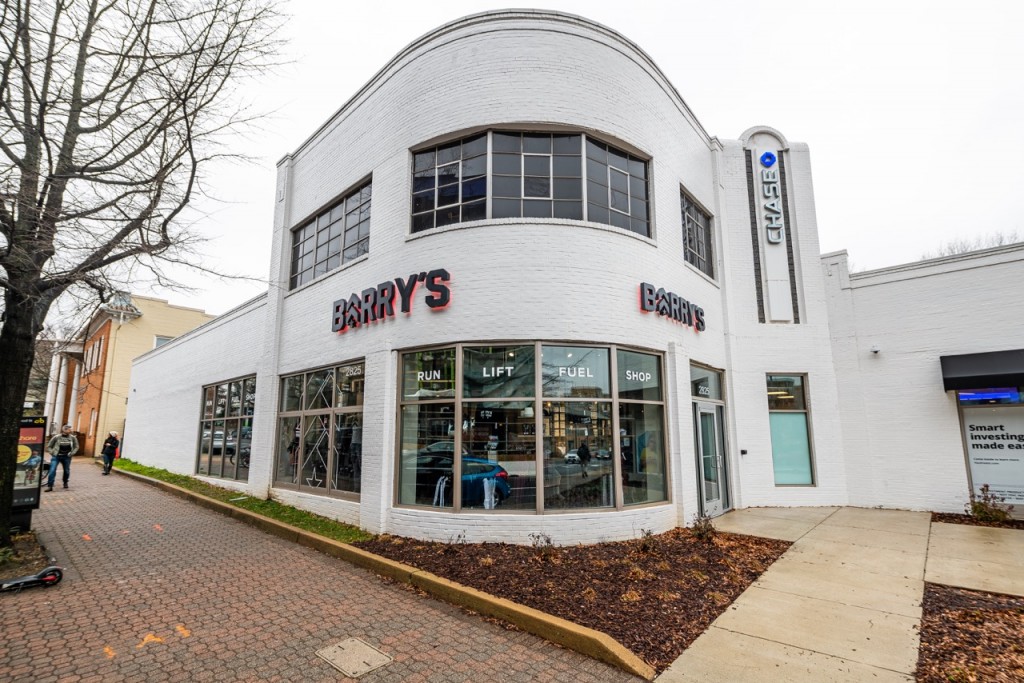 In America’s fittest city – aka Arlington – boutique gyms are like Starbucks: There’s one on almost every corner. The newest is Barry’s, an international fitness chain formerly called Barry’s Bootcamp that’s taken up residence in a historic building that in recent years housed a car dealership and a Walgreens.

Barry’s Clarendon opened Jan. 25 at 2825 Wilson Blvd. with 5,695 square feet of space divided into reception, retail, locker rooms, a Fuel Bar smoothie spot and the main attraction: the 1,786-square-foot Red Room, where the magic happens on 23 Woodway treadmills and 23 “benches” that look like the small platforms that dominated the step class craze. Dumbbells, mats and resistance bands bookend the Red Room, so named because of the red overhead lights that make the darkened room glow. 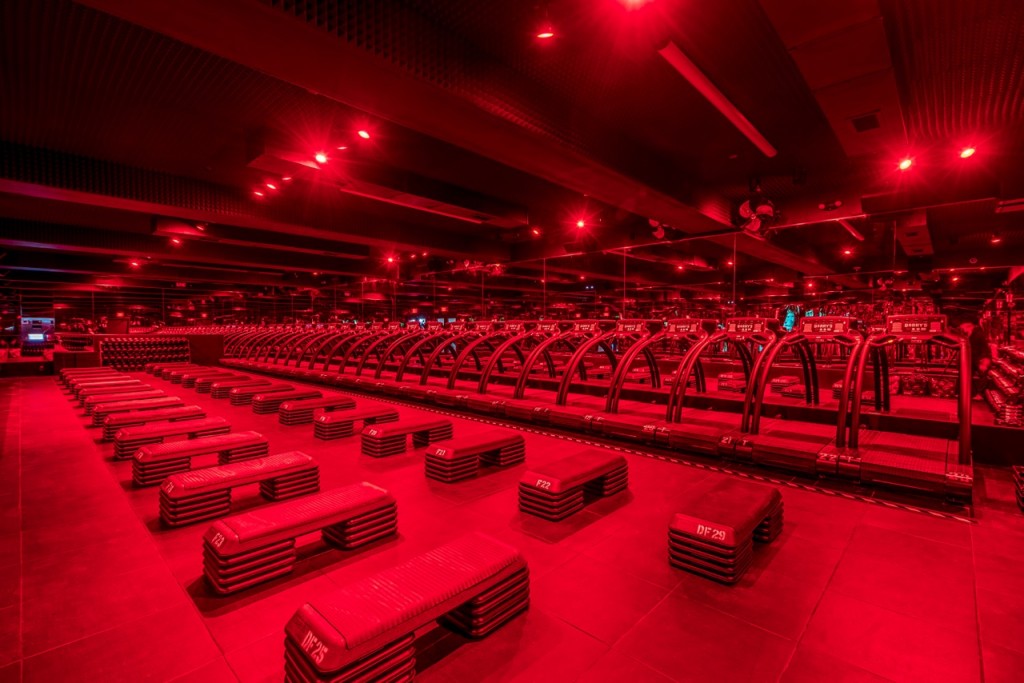 The Red Room at Barry’s Clarendon. Photo by Rey Lopez.

Barry’s, a hit with celebs such as Kim Kardashian and Jessica Biel since it started in Los Angeles in 1998, has one other location in the DMV in Dupont Circle. Clarendon is an ideal spot for Virginia’s first Barry’s, says Gina McAlpin, an instructor and community marketing manager, because “it’s super up-and-coming here, and it seems like our demographic,” which she defines as anyone looking for an efficient workout.

“It’s a workout that you can do in 50 minutes,” McAlpin says. “You don’t have to think at all. You walk in and someone else is programming this for you. All you have to do is have that moment to yourself.”

During class, instructors divide participants into two groups. One group starts on the treadmills and the other on the floor, or benches. (There are six spots Barry’s dubs “double floors” where clients can stay put rather than switch from strength work to treadmill runs.) 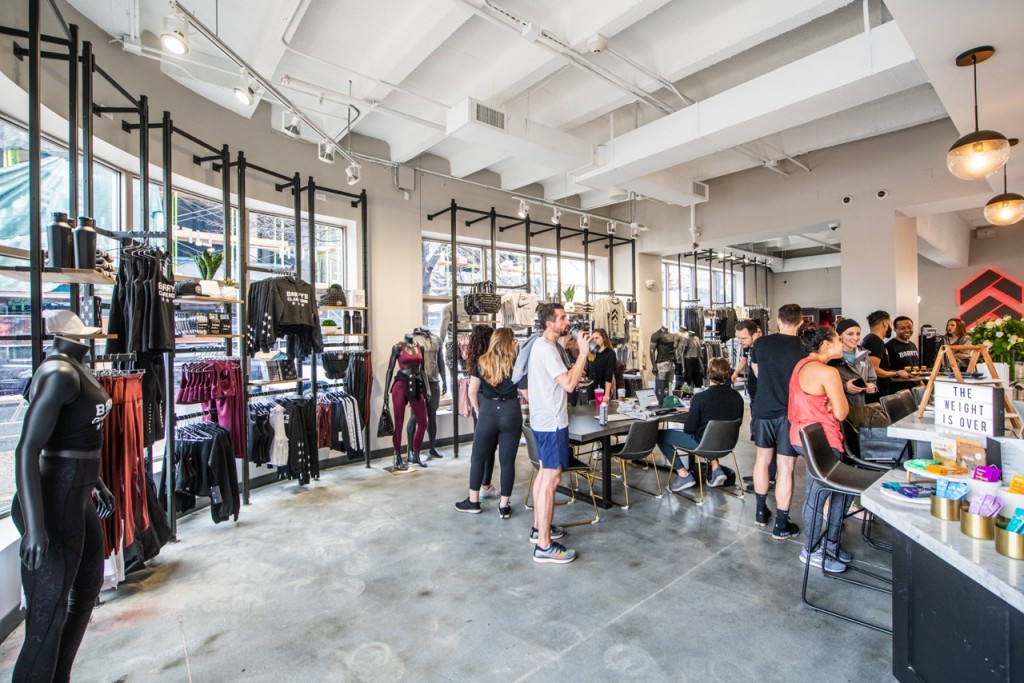 The lobby at Barry’s. Photo by Rey Lopez.

At an opening weekend full-body class led by McAlpin, I set up shop at Bench 17 with a plush gray Barry’s towel, my own water bottle and a few silent prayers. McAlpin gets us floor folks started with a minute of flowing between downward-facing dog and runner’s lunges with a torso rotation.

Next, we do 30 seconds of push-ups before driving our knees toward our chests for mountain climbers for another 30.

After that, we pick up medium weights (McAlpin recommends between 5 and 15 pounds for most people) to start seated triceps extensions. During the first floor round, we also cover biceps curls with a shoulder press and abdominal work.

Then it’s time for the groups to switch places. The first treadmill round begins with a walk to warm up before we take it to a jog and then a light run. After a minute of running, we increase the speed to sprint for 30 seconds. A one-minute run follows, then another 30-second sprint at a slightly higher speed before we take it to a recovery walk and repeat the sequence at slightly higher sprint paces.

For Round 2 on the floor, we grab one heavy weight – which McAlpin defines as 12 to 20 pounds – lie down on the bench and start cranking out single-arm chest presses. Then we row, squat and find ourselves face-down again for push-ups combined with a jump to a low squat. 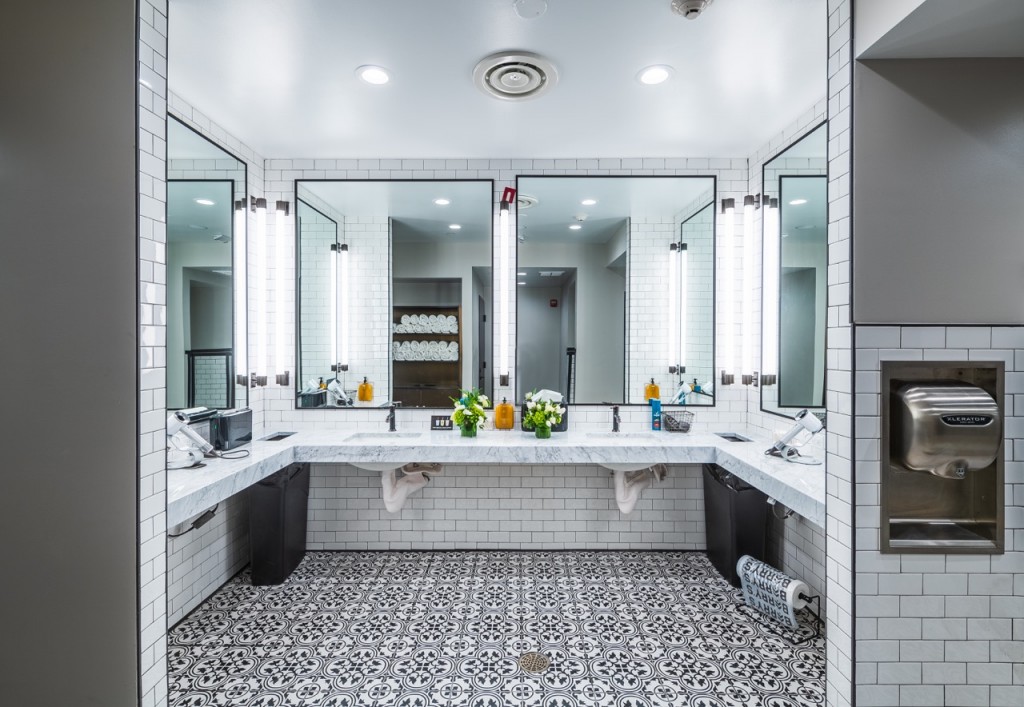 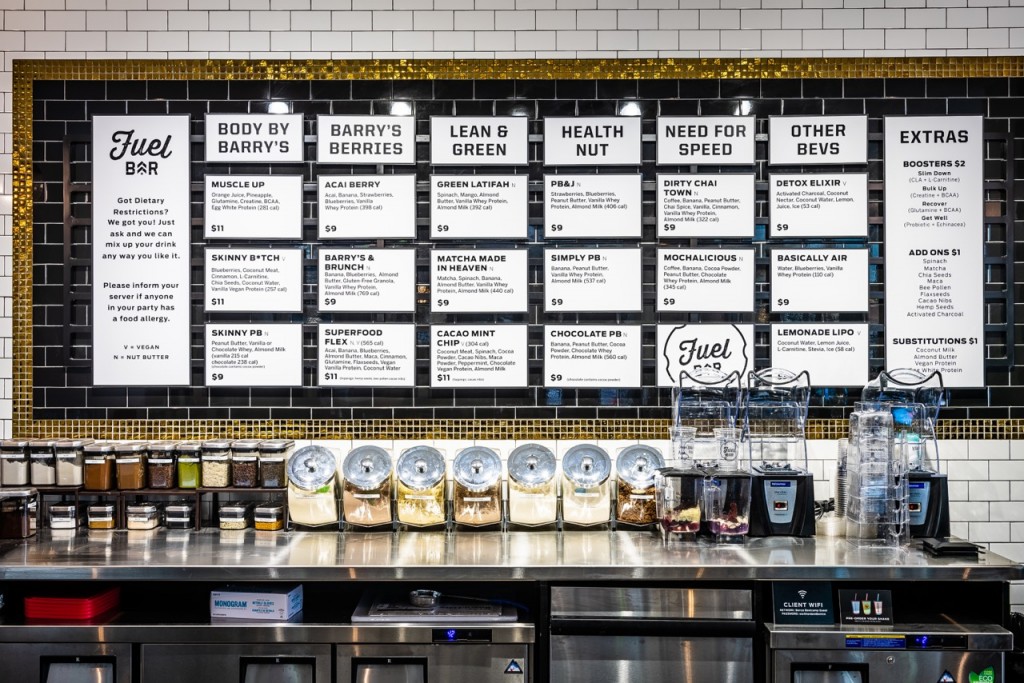 Right now, Barry’s offers six classes every day but Friday, when there are seven. Each day has a different focus. For instance, Tuesdays are full-body with a lower-body focus, while Thursdays tackle abs and glutes.

Classes are designed for all fitness levels, McAlpin says, adding that exercises can be modified or amplified to suit pregnancy, injury and ability.