Cooler Than Your Average Townhouse

Retro-industrial accents and modern furnishings give this end unit the feeling of an urban loft. 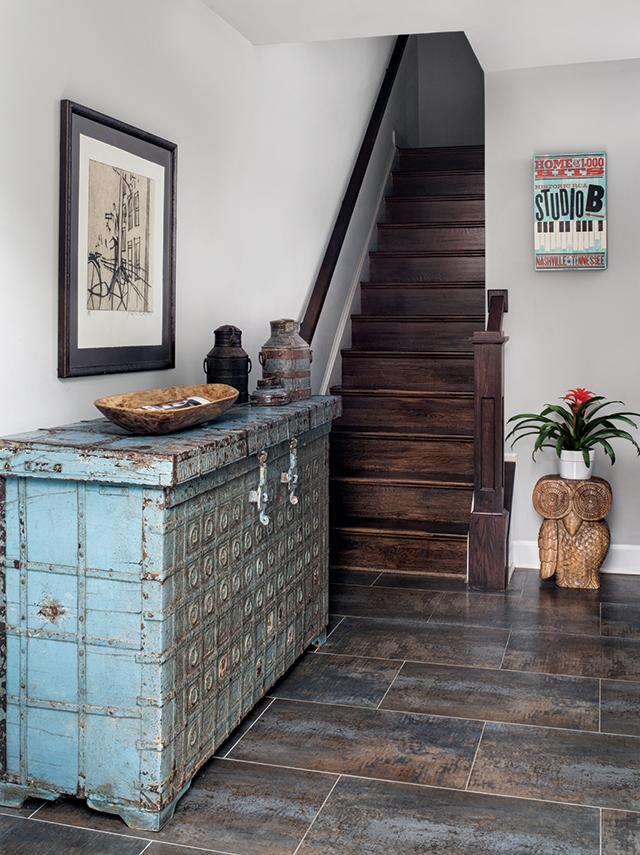 When interior designer Carrie Miller arrived to take a look at the townhome her client had bought, he had already ripped out the main-level floors and banisters, and was starting to paint.

“I liked the house and the location was awesome, but my style is more industrial modern,” explains Mike Agrillo, an IT executive and “nonpracticing attorney” who, back then (this was spring of 2013), had an office just a few blocks away in Courthouse.

Recently divorced, he was moving out of a condo and wanted more space for his daughters Talia and Morgaine, who live with him half the time. He was picturing the top floor of the four-level end unit as a loft-style hangout for the girls. 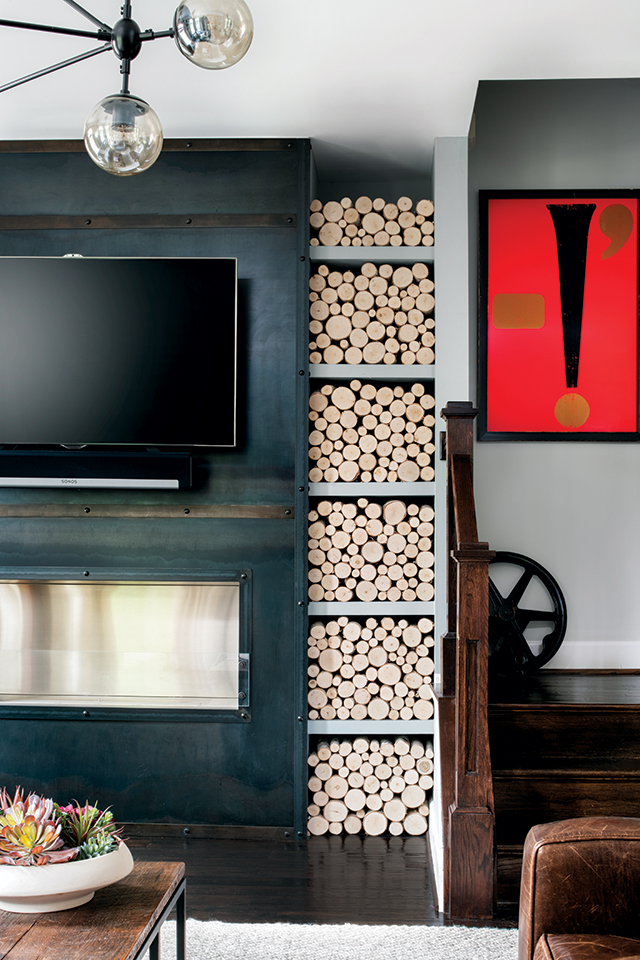 A rolled-steel fireplace by Carbon Industrial Design is flanked by a decorative display of kiln-dried wood. On the stair landing, a vintage factory mold (once used to make gears) reads as sculptural art. Photo by Robert Radifera | Styling by Charlotte Safavi

But he was less than enamored with the townhome’s traditional finishes and color scheme—holdovers from when it was built in 1995. “I wanted to replace pretty much everything,” Agrillo says. “We gutted the whole place.”

After bidding adieu to the wood blinds, brick fireplace and dated bathroom fixtures, he and Miller set about reinventing the aesthetic with contrasting elements and lots of texture. In came steampunky apothecary cabinets, a rolled-steel fireplace surround, dark-stained engineered wood floors, edgy wall coverings, leather seating and built-ins made of wood and metal.