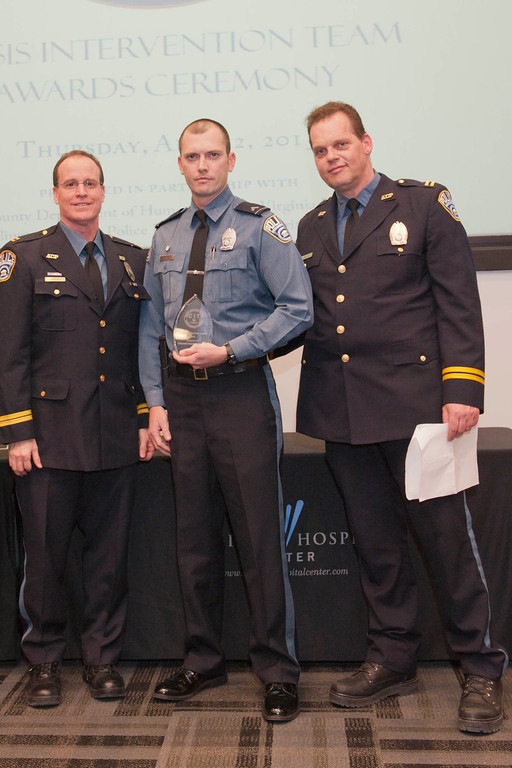 On Thursday, April 2, 2015 at 7:00 p.m. in the John T. Hazel Auditorium at the Virginia Hospital Center, personnel from the Arlington County Police Department, Sheriff’s Office and the Office of Emergency Management, received Crisis Intervention Team (CIT) Awards for their outstanding work in serving individuals experiencing a mental health crisis.  The ceremony honored CIT Officers, Deputies and Dispatchers for their commitment to creating and sustaining more effective interactions with individuals with mental illness, their families and the community. The keynote speaker was The Honorable Judge Steven Leifman of the Miami-Dade 11th Judicial Court.

The Crisis Intervention Team (CIT) model, first developed in 1988 in Memphis, Tennessee, has been critical in developing and providing a safer first responder crisis approach to individuals with a variety of behavioral health challenges.  CIT team members undergo extensive training and are often called upon to provide crisis assistance through their skills and abilities to verbally communicate with individuals.