Shirlington has a shiny new sports bar with a roof deck. 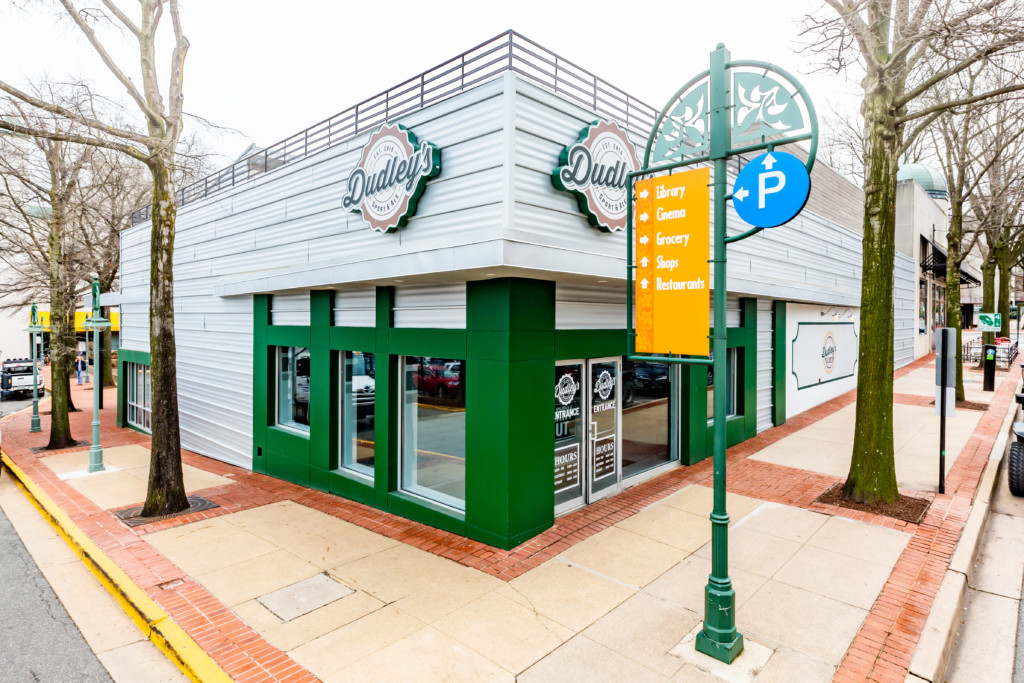 At long last, The Village at Shirlington has a new sports bar and it’s a beast. Dudley’s Sport & Ale opens this Friday, just in time for St. Patrick’s Day, March Madness and baseball season.

Also on the menu: a lineup of signature stadium “dawgs,” including a heavy-hitter loaded up with sausage and peppers that’s named after Washington Nationals general manager Mike Rizzo (he’s an investor). 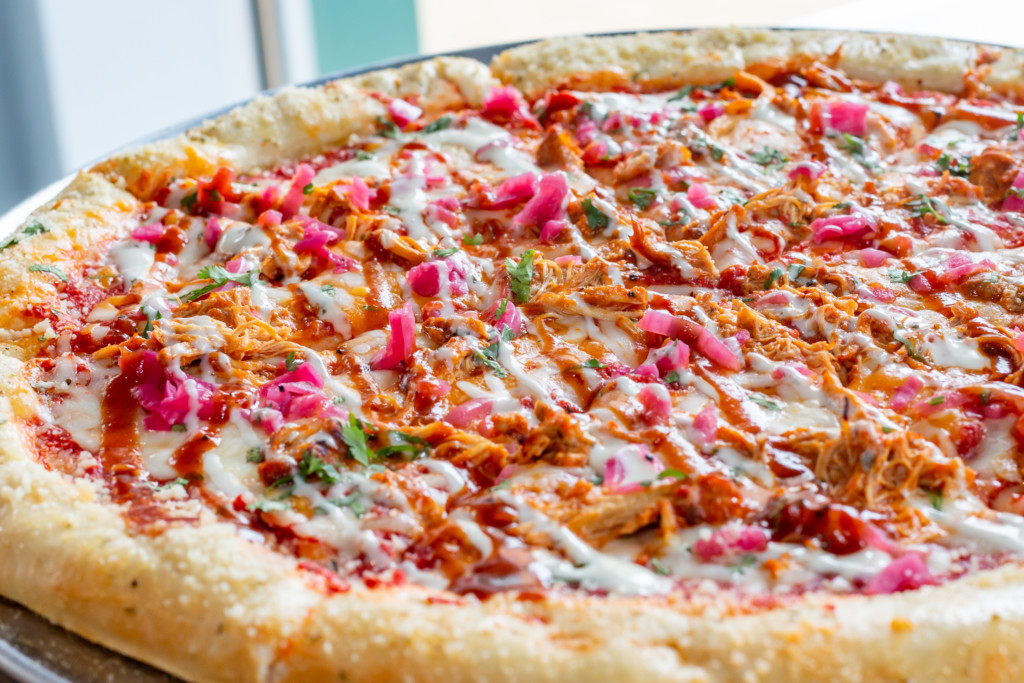 Occupying the former Bungalow Billiards space, the interior has a massive wrap-around bar and wall-to-wall TVs, plus the obligatory bubble hockey, foosball, arcade games and a photo booth. A private party room that can be closed off with sliding barn doors has its own bar and a separate sound system. 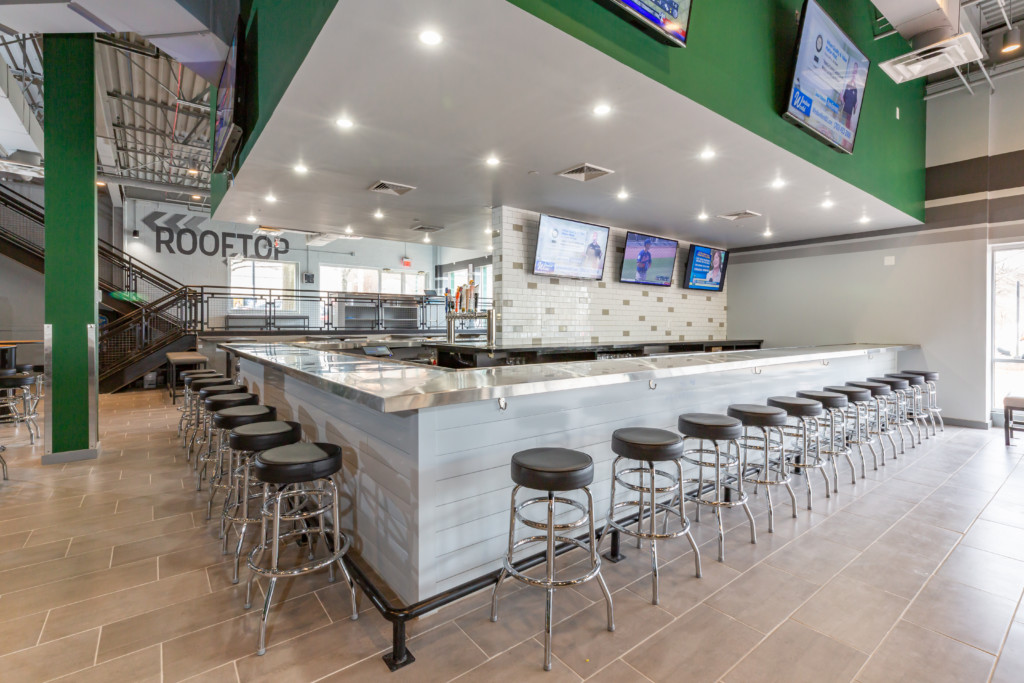 There’s also a ticketed stadium seating area outfitted with 24 theater-style chairs, a discrete sound system and a giant split screen that can air one or as many as six games simultaneously.  Gardner says he’ll be charging a modest reservation fee for stadium seats during big events like the World Series, Stanley Cup playoffs, Super Bowl and UFC fights. The stadium area will also air sports movies, host book signings by celebrity athletes, and will be rentable for corporate events and training. 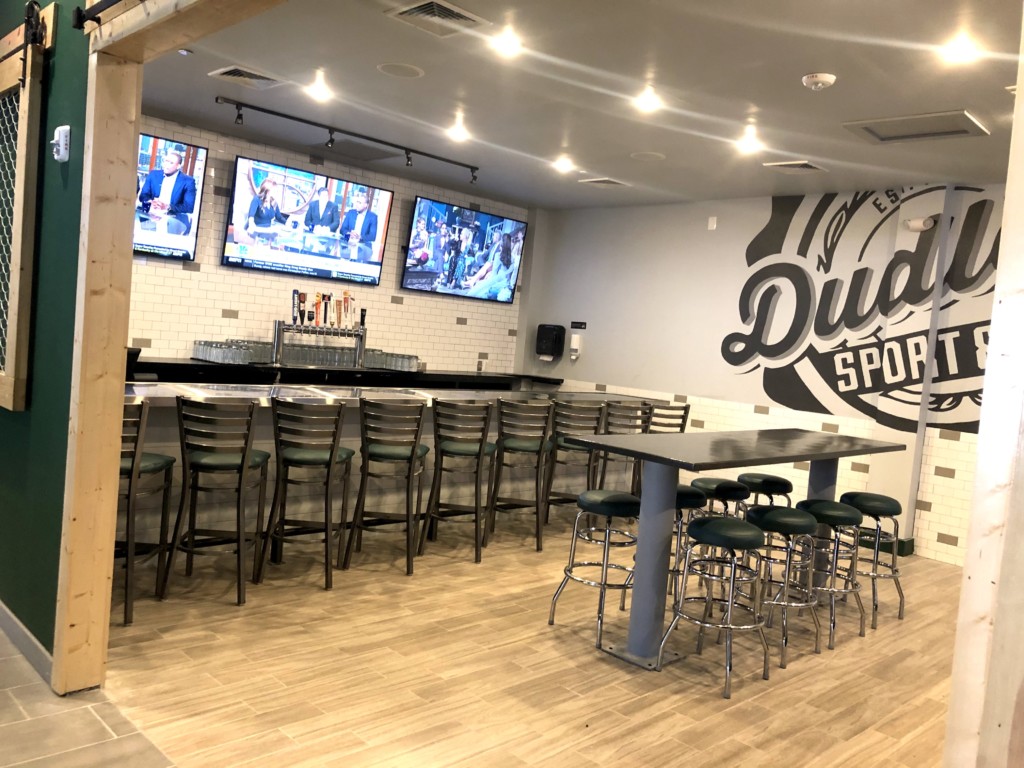 A private party room has its own bar and sound system.

The beverage program promises 10 domestic beers on tap, plus bottled ales that are regional bestsellers at various baseball stadiums across the country. Barkeeps will also serve boozy milkshakes, frozen margaritas, frosé and a frozen Orange Crush made with orange vodka, orange juice and sprite. 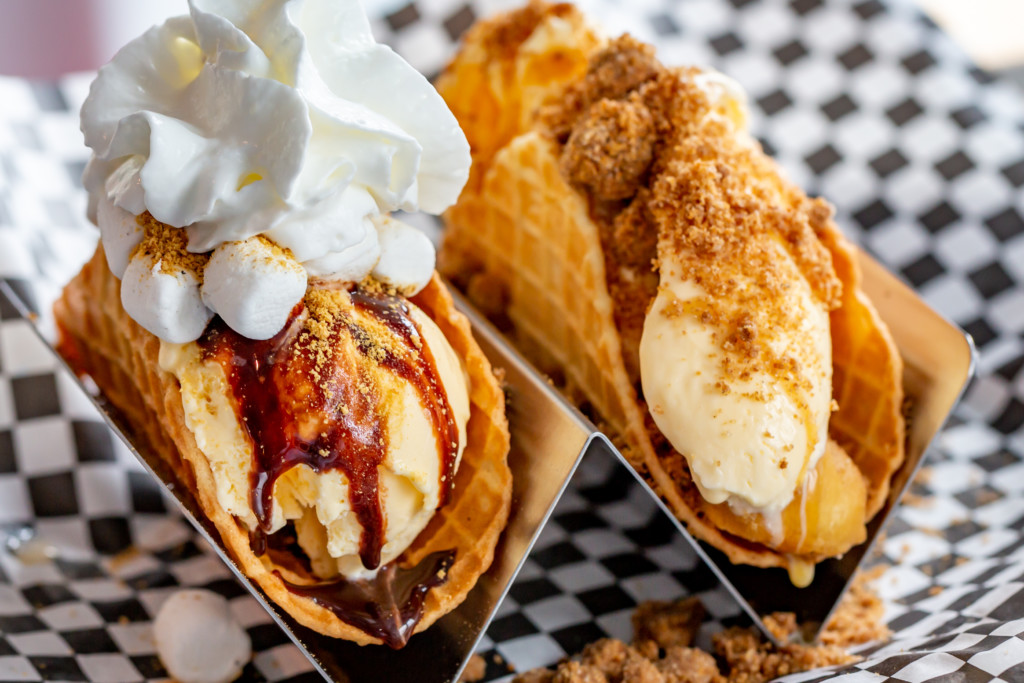 In addition to lunch and dinner, Dudley’s will host happy hour from 3-7 p.m. Monday through Friday, as well as brunch on Saturday and Sunday with $1 bottles of champagne.

A takeout counter at the front entrance fields carry-out orders and sells branded merch like hats and T-shirts.

Dudley’s opens for lunch on Friday, March 15 (and yes, the rooftop patio will be open). The kitchen will be serving a limited St. Patrick’s Day menu on Saturday and Sunday with Irish specials like corned beef, and will return to serving the regular menu on Monday, March 18.