Whether you've got a 5K, a century ride or a triathlon in your future, these local hills will make you faster and stronger. 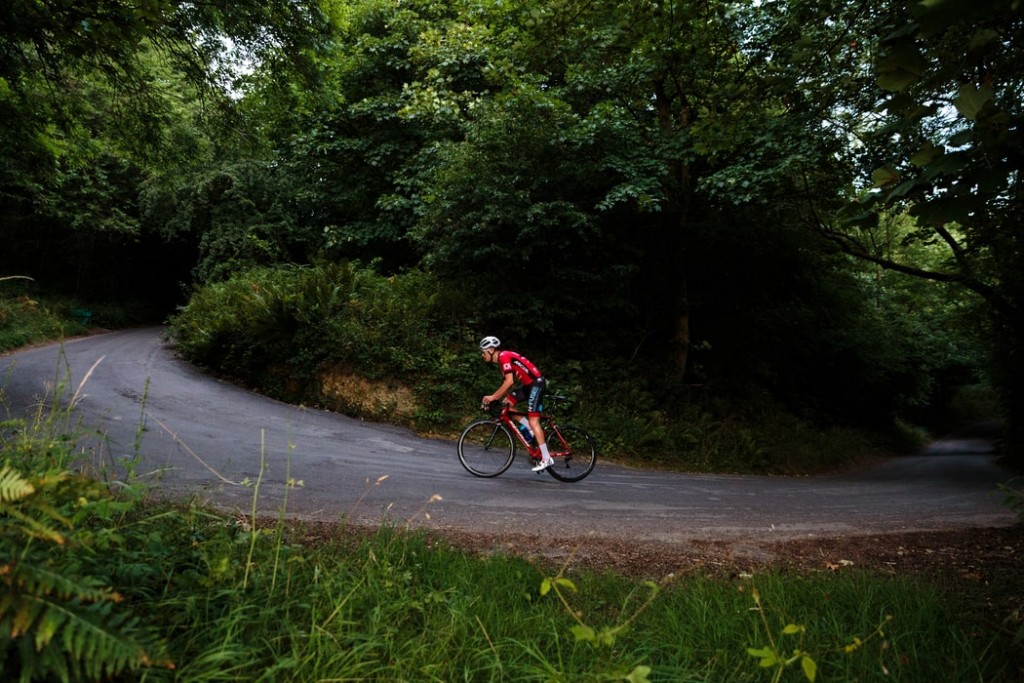 Hills are your friends!  Well, at least that’s what my Madison High School cross-country coach would yell at me and my teammates back in the late 80s as we staggered through six repeats up a steep hill near the W&OD trail in Vienna.  Despite the pain, Coach Kelly was right—few activities are more effective at building endurance than hill climbs.

Years have passed—I’m a cyclist more than a runner now—but I still like to grind out those inclines. Do you have a race coming up? A recent study in Runner’s World found that six weeks of hill training boosted runners’ top speeds and allowed them to sustain those speeds up to 32% longer.  Including hills in your workout will improve your performance, whether the event you’re training for is a relatively flat 5K or a 100-mile bicycling Gran Fondo with 10,000 feet of elevation gain in the mountains.

No one would ever call Arlington mountainous, but you can still reap the cardio benefits of a good climb close to home.  Arlington has a variety of steep pitches that will test your stamina.

Data for the following hill segments are from the Strava fitness app. I’ve done all of these on a bicycle, many of them repeatedly.  Just for fun, I’ve included the current best running and biking times for each stretch. These times are probably out of reach for most of us who aren’t professional athletes, but don’t worry too much about breaking records. Just get up and do the climb. Remember, the hills are your friends!

This is the perfect climb for repeats with a challenging, but not too painful, grade.  It’s located in the Madison Manor neighborhood on Ohio Street/McKinley Road near the Route 66 overpass.  Easy access from the W&OD trail and surrounding roads makes this one of Arlington’s best all-around training hills. The climb eases you in with a gradual rise, steepens as you pass McKinley Elementary, then eases off again as you approach the top.  For cyclists there is plenty of room at the bottom to scrub off speed and turn around as you come down.  The cycling record for this one is a hard-to-believe 1:33. The fastest runner stopped the clock at 3:27.

South Arlington tends to flatten out, but not this hill on Walter Reed Drive. The climb hurts just looking up at it. Start at the bottom, where the W&OD trail crosses Walter Reed at the intersection with S. Four Mile Run Drive. If you’re lucky, kind drivers or pedestrians will shout out words of encouragement to you as you wheeze your way up.  The climb tops out at Fort Barnard Park, and there is plenty of room at the summit to turn around and do it again if you can still feel your legs.  Cyclists: be extra cautious on the descent back down Walter Reed, as the roads and W&OD trail converge in an intersection at the bottom of the hill. The best climb time on a bicycle is 39 seconds.  For runners, the segment is a bit shorter at .17 miles and 1:01 is your time to beat.  Good luck!

We’re up in North Arlington now, in the Country Club Hills area, where the rolling topography makes it pretty tough to go out for a run or ride without heading up at some point in your workout.  This particular climb is a series of three hills, and it’s one of my favorites for a longer single effort. Turn off Military Road onto 26th Street and enjoy a bit of downhill until you slam into the first climb, the steepest of the three. Summit, enjoy a quick roller coaster ride down the other side and then roll into the second hill. This one is a little easier, but longer.  You’ll plateau a bit and get a chance to catch your breath before the final ascent to the edge of the Marymount University campus. The top runner for the Strava running segment on this hill is head-and-shoulders above everybody else with a 5:50 effort.  For cyclists, the best time is 2:43. 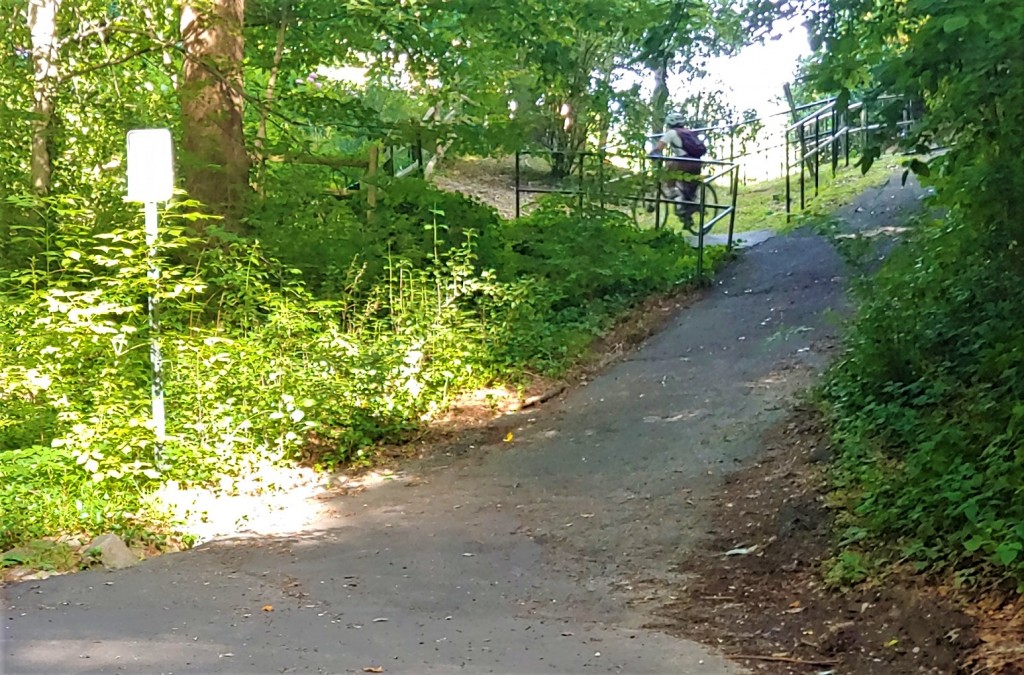 Oh my!  Ready for this one? We’re up at the border where Arlington meets McLean, and the severe grade on this narrow hill will test your lung capacity.  The climb starts steep, stays steep, and then gets even steeper near the top.  Runners can negotiate the grade a little easier on foot, but cyclists, be extra careful as you near the summit; it’s so steep that you might lose your momentum and fall over sideways.  This climb starts in a little parking area above Chain Bridge, just off of Glebe Road. Car and pedestrian traffic are heavy in this area, so stay alert. Try an save a little something in the tank as you approach the final kick at the top and make your way through some railings before summiting onto Randolph Street. Great job! Not completely out of breath yet? Turn around and do it again. Or, to make it an even longer grind, turn left onto Randolph Street and complete another (albeit less steep) .15 miles to top out on Old Glebe Road. The best cycling time here is shared by three climbing beasts—all at 41 seconds. Maybe you’ll be the one to break the 40-second barrier!  For runners, the Strava segment is a bit longer at .18 miles with an amazing top time of 52 seconds.

An Arlington resident since 2001, Jeffrey Yeates works for the federal government. He and his wife and teenage daughter enjoy bicycling, roadside produce stands and Virginia history. His most recent bike race was the Triple Peak Gran Fondo and he is now riding lots of hills in preparation for 7,000 feet of climbing in the upcoming Civil War Century. Find him at jeffyeates@gmail.com.