He's been a fixture in The Little City since 1962. 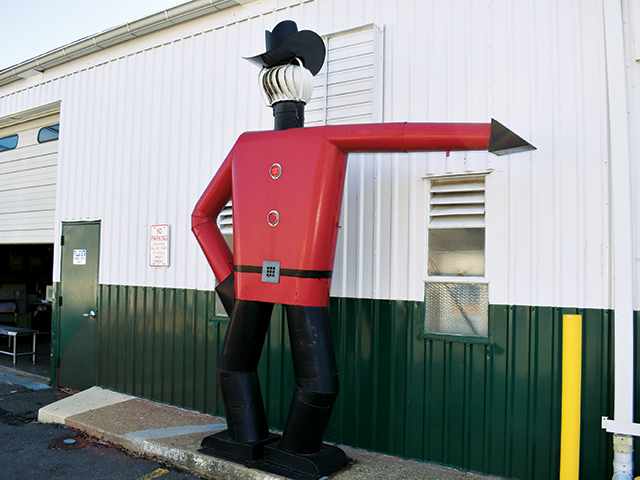 He’s been standing outside Dixie Sheet Metal Works on Gordon Road for decades, but no one is quite sure where he came from.

It was 1962 when the “Tin Man” (aka “Mr. Dixie”) made his first appearance in the Little City, although Allen Withers, owner of the metal shop, can’t say who built the cowboy-hatted character or why. “He [was] hooked to the back of a station wagon and pulled through the Falls Church City Memorial Day Parade,” Withers says. After that, the figure ended up on top of a building for a time, before moving across the street to the front of the metal shop in the early 1980s.

Today, the Tin Man remains a local landmark in spite of his humble construction. “Basically, it’s made out of air conditioning parts, a turbine for the head, and a little bit of sheet metal,” Withers says. “Nothing fancy.” The shop keeps him upright by sanding, smoothing and repainting him as needed, and every fall they clean out the birds’ nest that’s inevitably formed inside his head. The hope is that he will remain standing for years to come. Says Withers: “He’ll be here as long as we are here.”