Tysons Corner has a new hot spot, and despite the location, it’s decidedly un-mall-like and un-hotel-like.

I headed over to Barrel & Bushel knowing that it’s part of the new Hyatt Regency at Tysons Corner. I had “hotel restaurant” on the brain and I’m not sure that’s a compliment.

Upon my arrival, however, I noticed that one side of the restaurant was entirely open to a big, new plaza that I didn’t even know existed. And its garage-like, retractable glass walls were raised, allowing the restaurant to flow seamlessly out onto said plaza, where concerts will be playing all summer. (Bonus: the same space will become an ice rink in the winter.)

From this vantage point, I couldn’t even see the hotel. And this may sound weird, but the space had the vibe of a tiki bar, even though I knew full well that I was in a mall plaza. I felt like I should be hearing steel drums playing somewhere. The atmosphere made me feel like I was on vacation. 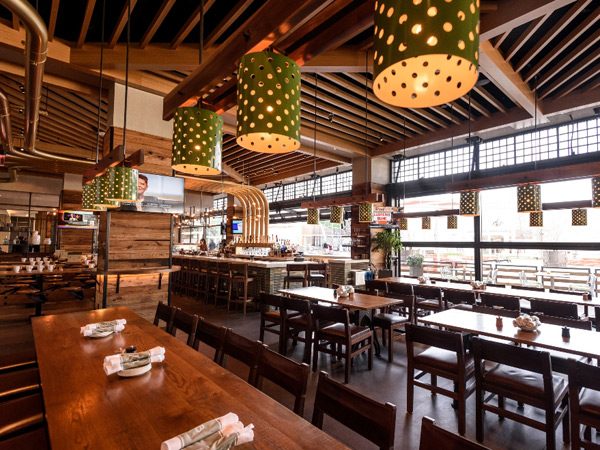 The sinful food did, too. 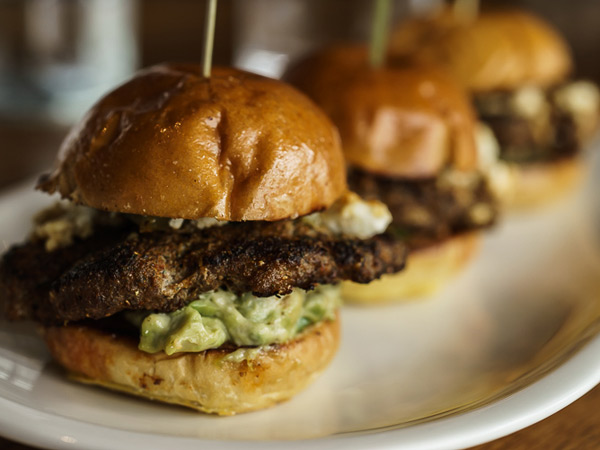 Cheese biscuits with a maple and cinnamon butter… 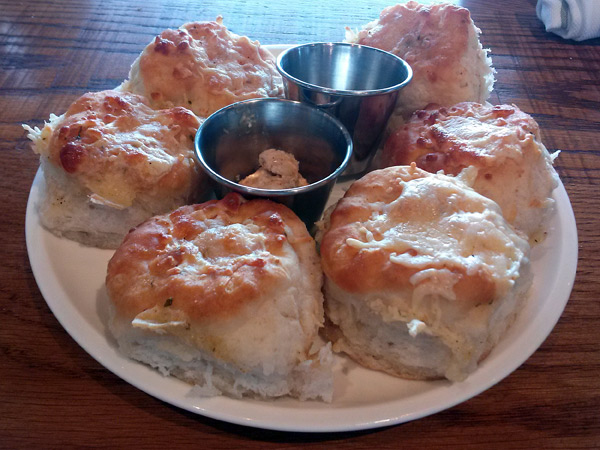 Or the 72-Hour Pork Belly, which is basically glistening cubes of fat in a maple molasses glaze. 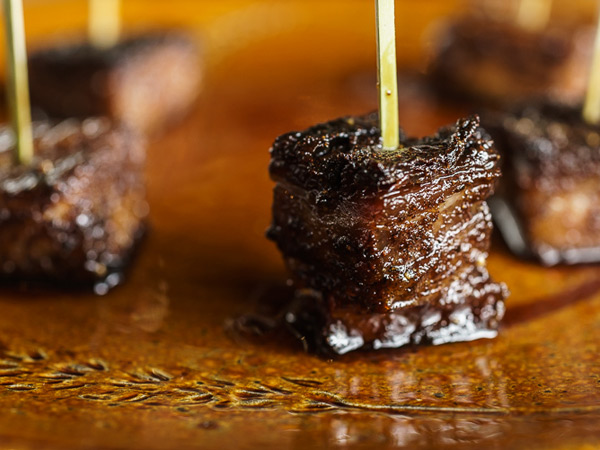 Dienemann says he’s constantly tweaking the menu, which is printed on paper with a date on the bottom. He keeps a close watch on the plates coming back from the tables. “Anything that’s going in the trash, I’m just going to eliminate from the menu,” he says.

Case in point: brown rice. Its early removal is a clear indicator that diners aren’t necessarily coming here for health food (although they apparently gobbled down the broccolini that was served alongside a plank of salmon over the aforementioned rice).

A half roasted chicken is coming off, too—soon to be replaced with a “big rib” and more pork belly, Dienemann says.

Meanwhile, one dish proved so overwhelming that Dienemann had to split it into two separate menu items: The hot-fried chicken (served sandwiched between Texas Toast-sized slices of bourbon French toast and drenched in hot sauce) with Spam-topped mac ’n’ cheese. 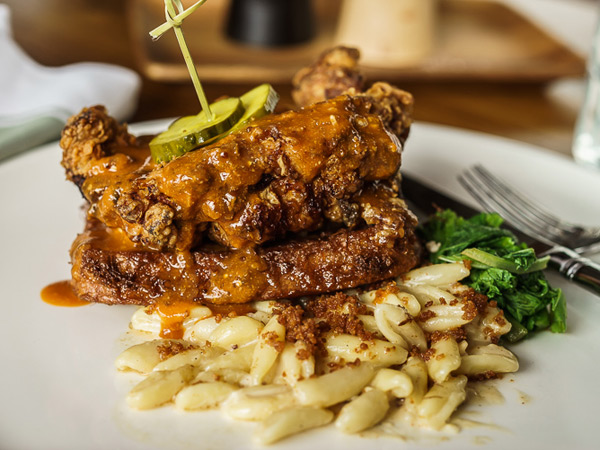 The mac ’n’ cheese is now its own side dish. You can see the fried Spam bits sprinkled on the top.

Still hungry? Try the grass-fed pub burger with stout marmalade and American cheese, the latter of which is sourced from a Missouri purveyor, not a Kraft factory. 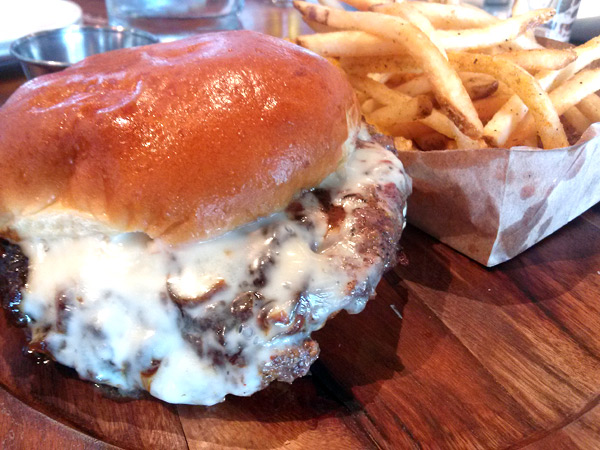 The chef goes to the beer taps each morning and picks a different stout for his house-made marmalades and beer batters. There’s a rotating selection of 22 beers, 17 of which are from Virginia (soon, all 22 will be).  The taps connect to tubes that run up and along the ceiling to glass-fronted cases of kegs on the rear wall 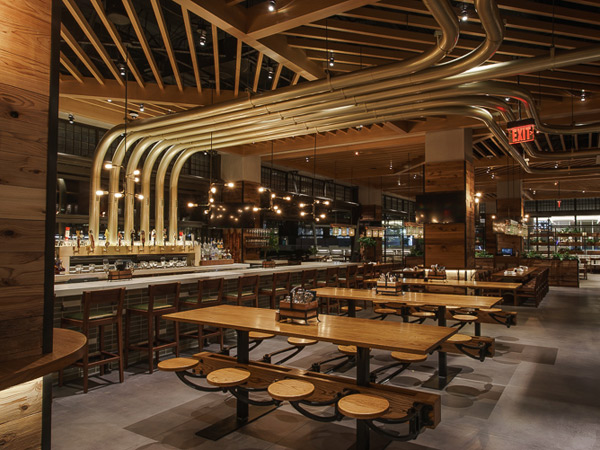 Moving right along, there’s more cheesy goodness in the mayo-grilled cheese, so-named because the bread is brushed with mayonnaise instead of butter before it’s placed on the griddle, giving it a rich crust. 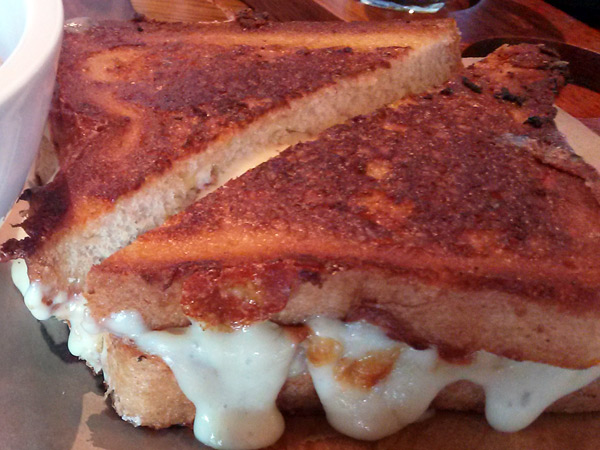 It’s served with an earthy roasted tomato soup, which is great for dipping.

Also on the mayo train is Dienemann’s Maryland blue-crab roll, prepared in the manner of the classic lobster roll and sprinkled with Old Bay. You don’t taste so much of the mayonnaise, though. It’s really just pure crab flavor. 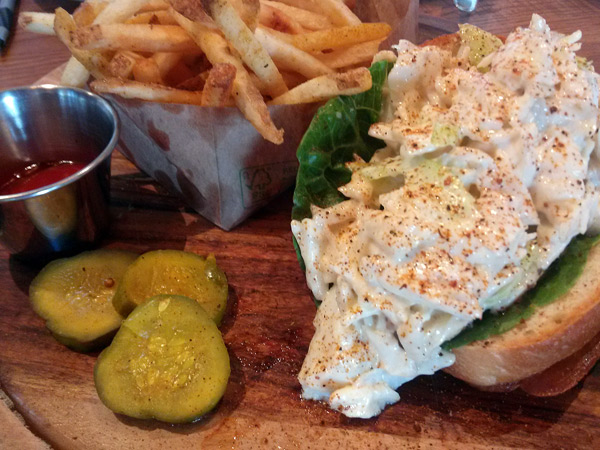 Frankly, I was surprised my pants still fit by the time I got home. But the kitchen does have a few menu selections that are kinder to the waistline.

The Maryland crab soup—which features a smoky Old-Bay broth rather than a cream base—is filled with fresh lump meat and seasonal vegetables. 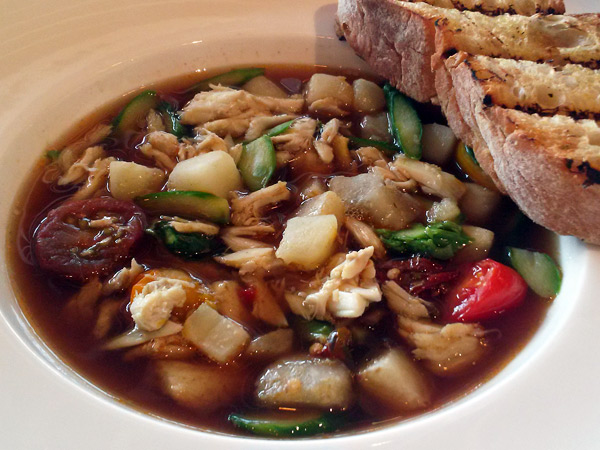 And the grilled romaine salad, which needs no dressing beyond puréed, roasted tomatillos and a spritz of lime, is a cleansing change. 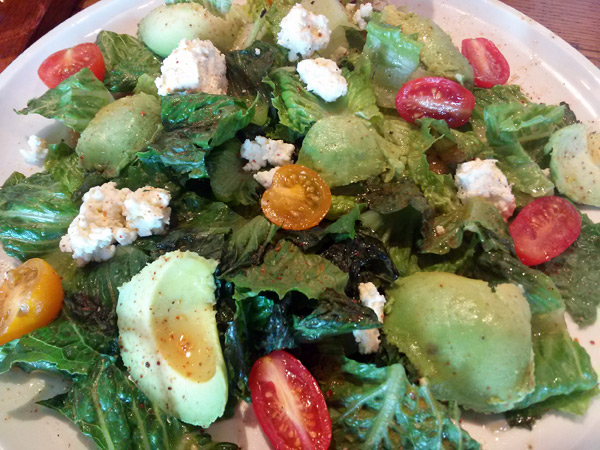 The Persian cucumber ribbons also go a long way in offsetting the cheese and grease from the other dishes. 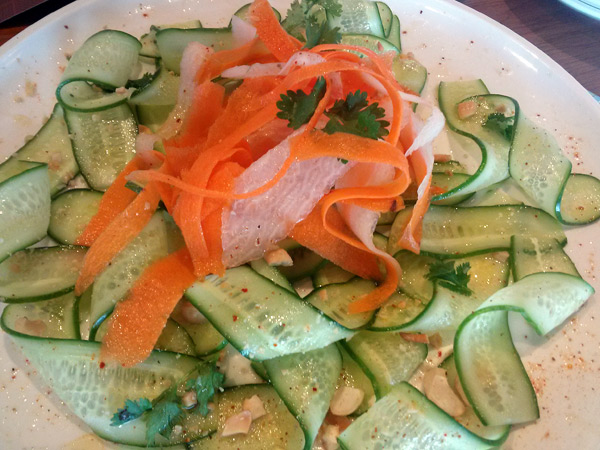 If you just want to go hang out at the bar and listen to some great music this summer, try some of Dienemann’s pickled “mean beans.” Crunchy and spicy, they’re a perfect complement to a flight of Virginia brews—and about as healthy as bar food gets. 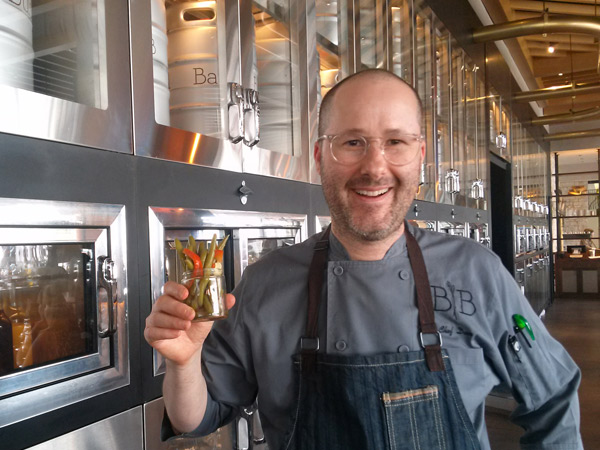