‘When You Take Pride in Your Work, People See That’

Arlington's Floyd Washington is an essential worker in more ways than one. 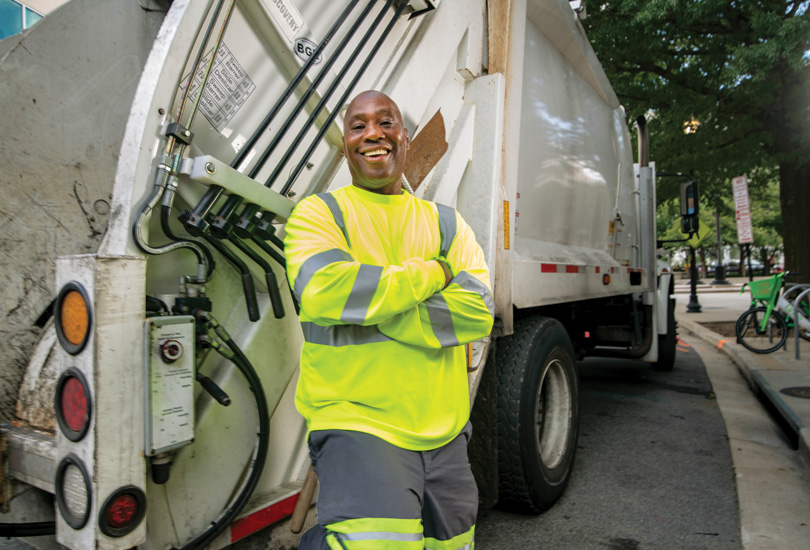 A lifelong Arlington resident, Floyd Washington has worked for the county’s Department of Environmental Services since the late ’90s. (Photo by Michael Ventura)

Floyd Washington was making the rounds in Westover on a sunny June morning. He had just stopped his sanitation truck to allow a young mother with an infant to cross Washington Boulevard when he noticed a car speeding east, heading straight toward her in the crosswalk.

Washington leaned on the horn with his full weight and the driver screeched to a halt within feet of hitting the woman and her baby. “That horn sounds like an air raid siren and it sure made that guy stop,” he says.

Tragedy thus averted, he turned his truck onto a side street, hopped out and began emptying trash bins. “I felt joyful, and I know it was God’s work,” he says.

Floyd—not to be mistaken for his brother Lloyd or his other brother, Larry, both of whom have also worked for Arlington’s Solid Waste Bureau—is a bit of a local celebrity. Featured in social media posts from the county’s Department of Environmental Services (DES), he’s the jovial and upbeat face of an essential service that doesn’t always get much respect.

He has many fans. “When he’s on his rounds for the county, Floyd’s sharing that infectious joy with everyone he comes across,” says DES spokesman Peter Golkin. “He’s a goodwill ambassador in a safety vest. Any rough day ends the moment you bump into him.”

During the worst of the pandemic, Washington was featured in a series of DES video tweets using the hashtag #TheOtherFirstResponders. Flashing a smile as radiant as his fluorescent yellow jacket, he asked residents to stay safe, maintain social distance and to please dispose of used masks in garbage cans. (The tweets also reminded homebound viewers that certain frontline jobs, like cleaning storm drains and collecting trash, couldn’t be teleworked.)

His local fame predates Covid. In September 2018, a citizen snapped and tweeted a photo of him pausing to help a person in a wheelchair at the Clarendon Metro Station—urging DES to excuse him for being a little behind on the day’s cleanup, given that he was otherwise occupied.

“He’s a goodwill ambassador in a safety vest. Any rough day ends the moment you bump into him.”

Washington, 60, is an Arlingtonian, born and bred. “Growing up, I lived in Halls Hill, now called High View Park,” he says. “My mother was a custodian for Fairfax County and was the provider, the Mama Bear. My father did odd jobs after leaving the military.”

The second youngest of seven children, he lived next door to his grandmother. He recalls fondly how she would step outside and hit a triangle to call everyone home for dinner.

Money was tight, he says, but adventures were plentiful during his years at Yorktown High School. When he wasn’t doing temp work for Arlington Parks & Rec, he and one of his brothers and friends would go camping and hiking, and to rock concerts.

North Arlington is still his home today, a place that holds many memories. He points out neighborhoods and landmarks that he associates with aunts, uncles, cousins, friends. He remembers some racism from his youth—the occasional person who feared him because of the color of his skin—but doesn’t like to dwell on it. He prefers to talk about the people who have brightened his days, and how he has tried to brighten theirs.

After landing temp work with DES in the late 1990s, Washington was hired full-time in 2000 as a “litter picker upper” in Clarendon. He would begin his job early in the morning, clearing away bottles and cigarette butts before people left home for work or school. “I didn’t want parents having to explain to their kids why there were so many beer cans on the street,” he says, “and I didn’t want people heading to work to step in dog poop.”

But it was never just about the litter: “As I was cleaning, I would say ‘Good morning!’ to every person I saw,” he says. “Kids would wave, even with little, tiny hands. It helped me to get more involved in the community.”

One little boy gave Washington a birthday card, written in preschool scrawl, that he still treasures.

“When you take pride in your work, people see that,” he says. In the same breath, he makes a sweeping gesture around the Courthouse area, announcing that all of the trash cans have been emptied for the day.

Four years ago, Washington’s wife, Adele, died of breast cancer. He says working helped him move through the grief, bringing joy and purpose to his daily routine.

Washington says he has no plans to retire. In addition to his day job, he works as a landscaper and volunteers for extra shifts with DES on weekends. He reads daily verses from the Christian Scientists.

He is proud of his daughter, Shalya, who lives close by, and he makes Sunday visits to his wife’s grave in Annandale. Her death reminds him of the importance of life and people.

Though his work schedule leaves little time to spare, he wouldn’t mind seeing a few more rock concerts. Bands and artists on his wish list—shaped by his coming-of-age in the 1970s and ’80s—include Foreigner, Heart, Stevie Nicks, Bad Company and Bryan Adams.

At the end of the day, all conversations come back to joy and compassion. “Everybody has to look out for each other,” says the man who says hello to everyone he passes.

How does he hope others will respond? “Wave and ask, ‘How are you doing?’ And just smile.”

After 43 years in the D.C. area, Tamar Abrams recently moved to Rhode Island, where she can see the ocean when she wakes up. She has taken magical memories of the people and places in Arlington and Falls Church with her. 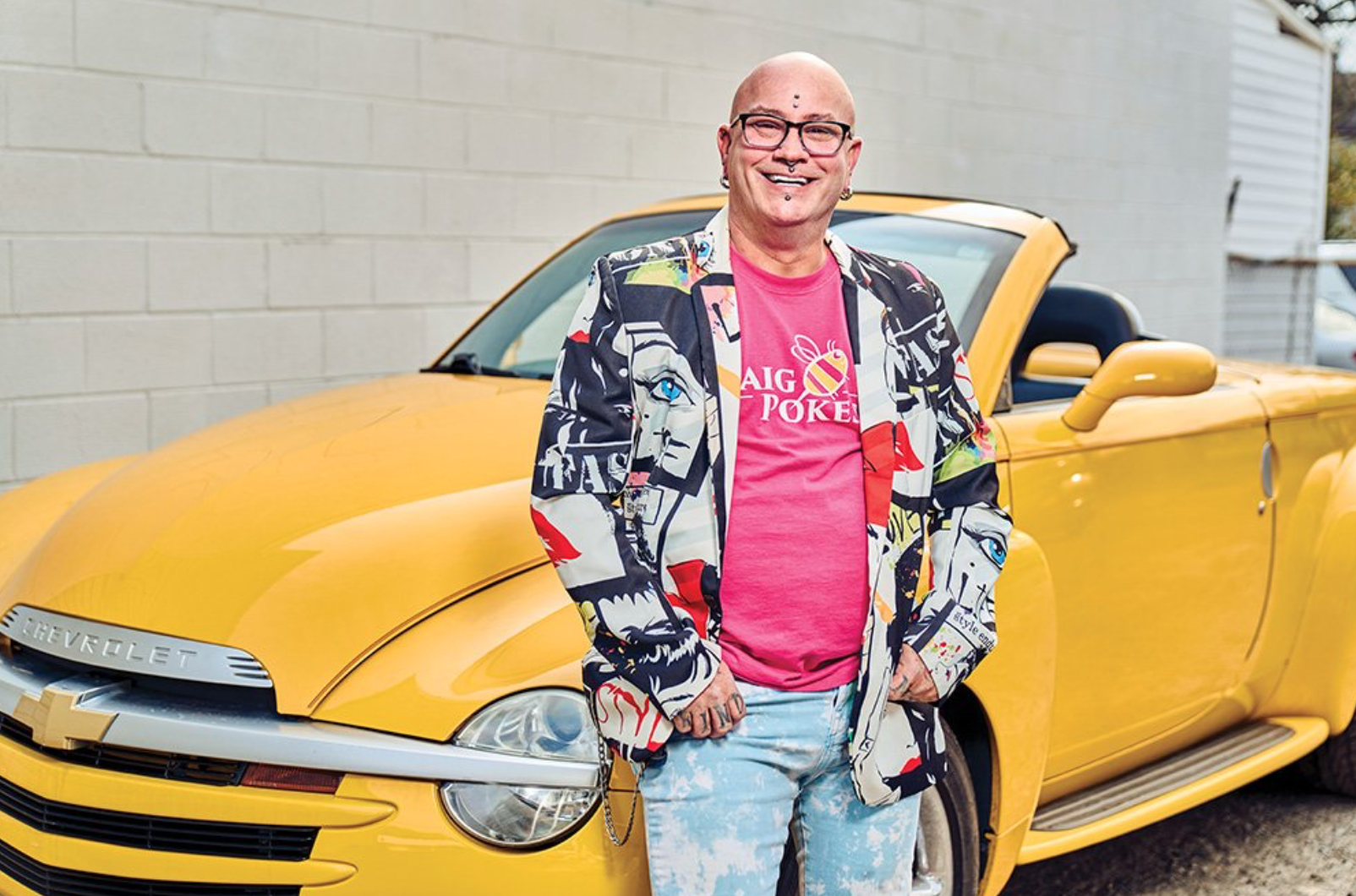 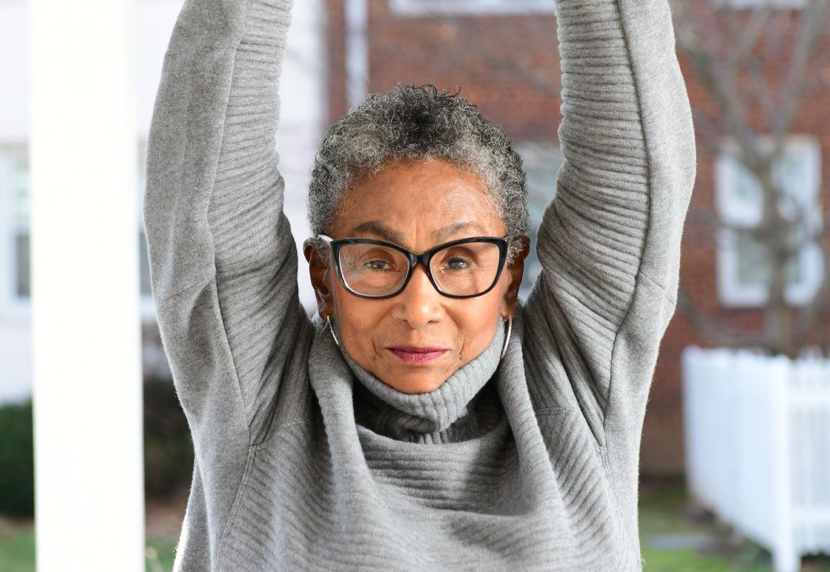 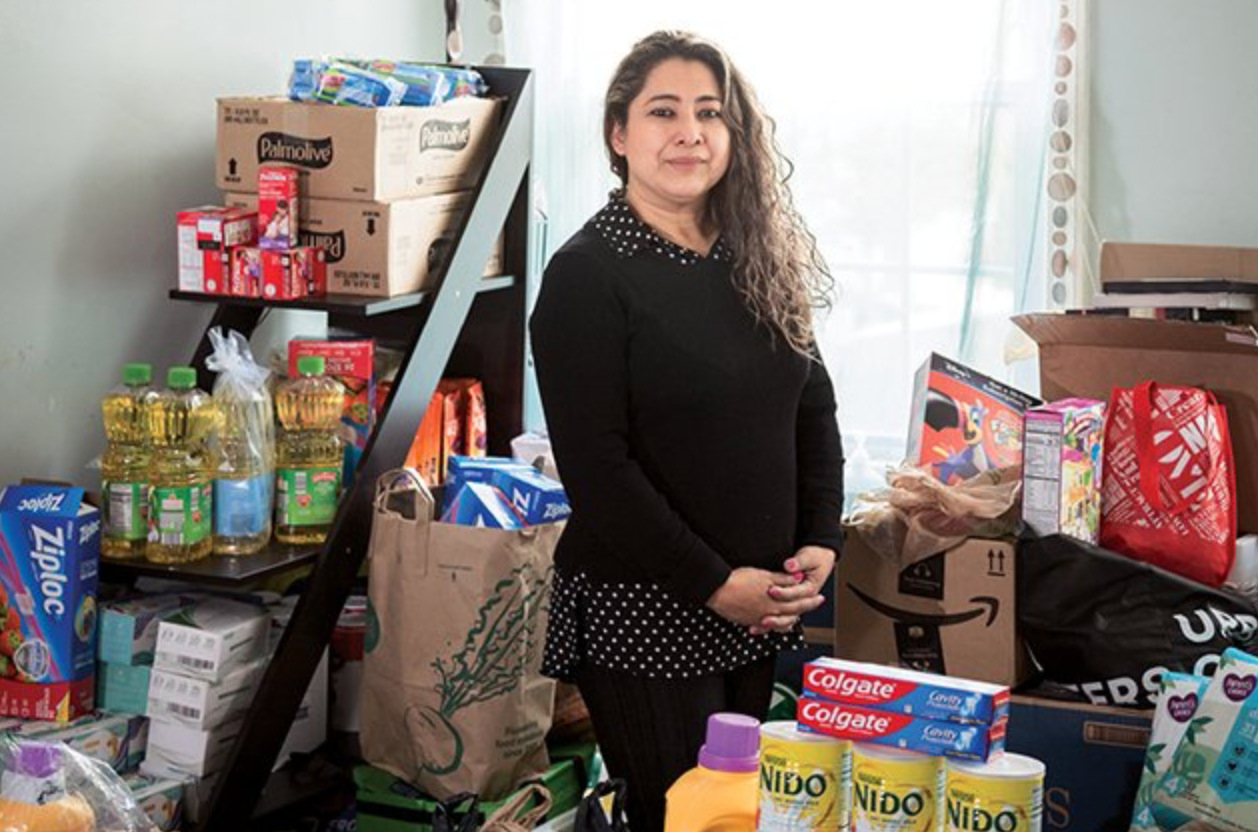 Her Neighbors Needed Help. This Mother of Four Stepped Up.